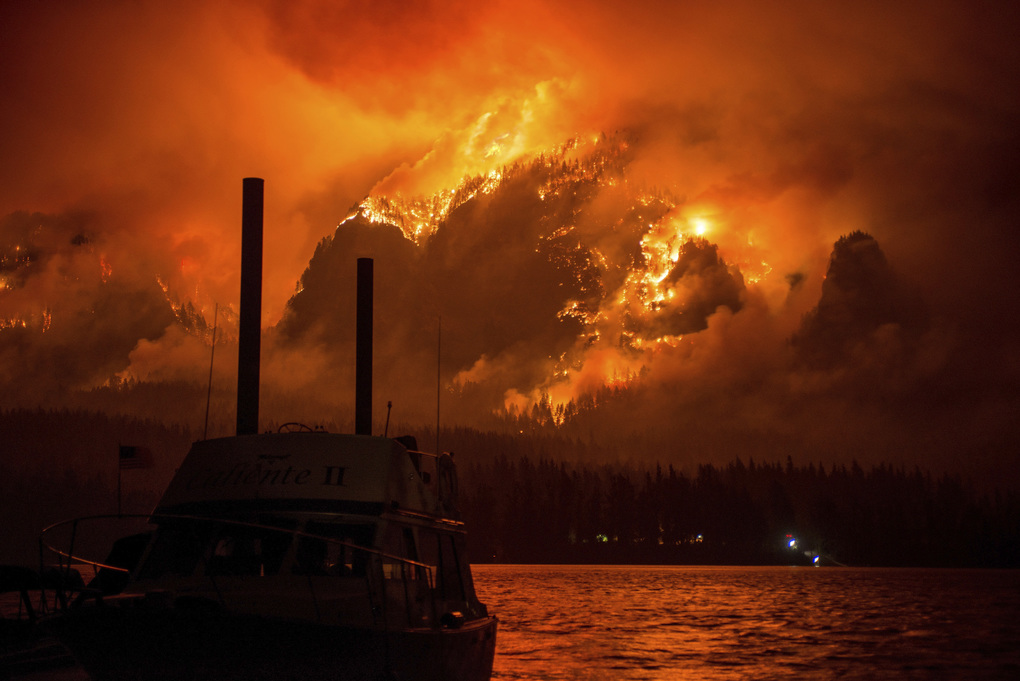 Boy being WOKE sure comes with a lot of stupid doesn’t it? An Oregon State University professor is now blaming “White Christians” for the West Coast wildfires and her claim is that the fires are all due to their “denial of climate science.”

As reported Professor Susan Shaw has demanded that “the West is burning while most white Christians turn away from the root causes of the devastation.”

Shaw writes that “the intensity and scope of these fires are a result of climate change” and its spread is due to the fact that “many Christians, especially white Christians, have embraced denial of climate science.”

“Just over half of white mainline Protestants agree that climate change is a crisis or major problem,” Shaw declares. “Only 44% of white evangelicals say the same. Nearly a quarter say it’s not a problem at all.”

Shaw also asserts that the problem is not just religious but political as well.

“The disturbing link between white evangelical support for Trump and disregard for climate change that disproportionately affects poor people of color around the world should probably not be all that surprising,” writes Shaw, who states that her “current research interests are in feminist studies in religion.”

“Not surprisingly, more than 70% of Democrats accept that human activity causes climate change, while only 22% of Republicans do,” Shaw laments. “Scholars suggest that politics more than religion may drive these beliefs, especially in such a partisan context as we presently have.”

Of course she didn’t mention the role of forest management in the rampant spread of the fires. The blame for these fires does not fall on the back of a specific religious group, or even on climate control because for the most part it could have been provented if both CA and OR were not so out of date with their goals to form preventative measures.

“California and Oregon in particular are far behind stated goals of treating millions of acres of forests and wild lands through restoration projects, selective thinning of trees and brush and prescribed burning.”

“The treatments they’ve been implementing for years haven’t really been at the scale that they need to be to offset a wind-driven, climate change-exacerbated event,” said Andrew Sánchez Meador, director of the Ecological Restoration Institute at Northern Arizona University.

Similarly, Chuck DeVore, the vice president of national initiatives at the Texas Public Policy Foundation, wrote last year in Forbes that “it’s not climate change that’s burning up the forests, killing people, and destroying hundreds of homes; it’s decades of environmental mismanagement that has created a tinderbox of unharvested timber, dead trees, and thick underbrush.”

Shaw, instead, sees the problem as rooted in apocalyptic evangelicalism.

Prof. Shaw does not explain how exactly the spread of West Coast wildfires would be curbed if evangelicals were to buy into climate alarmism.

When Shaw was asked about the strong language she used so freely this was her response:

“I don’t think that language is necessarily racially divisive or charged. It’s descriptive, and it’s the language the research I cited uses to look at climate science beliefs across Christians.”