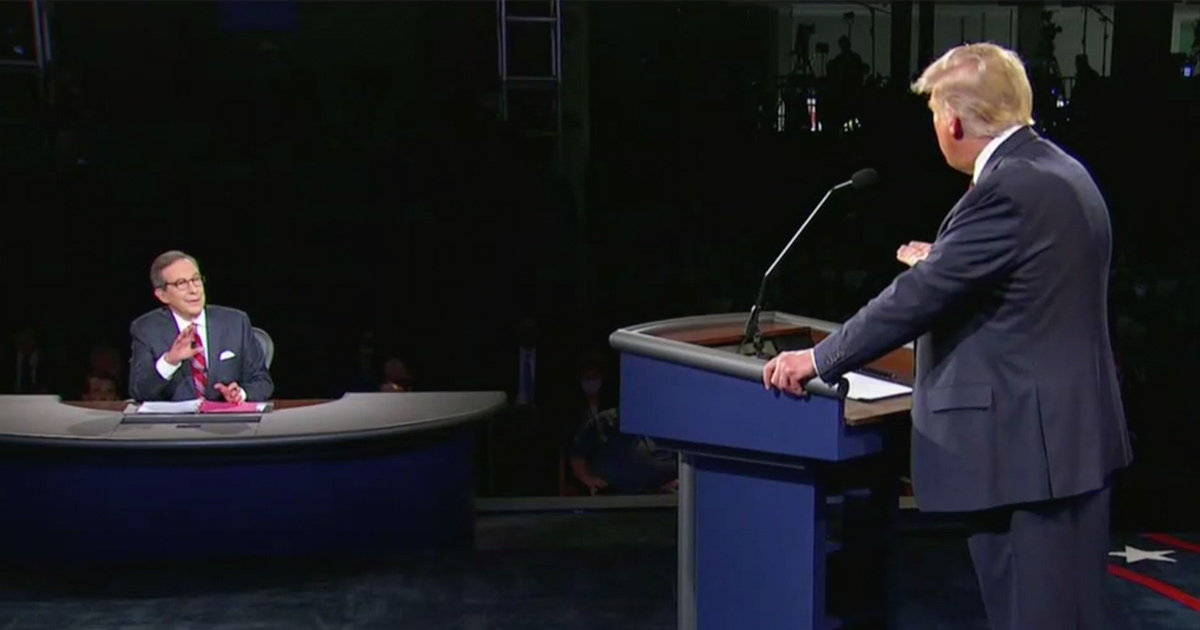 WOW! There are now multiple Fox News hosts who are upset over their co-worker’s job as moderator last night for the presidential debate. Now they are calling anchor Chris Wallace out on what he did.

Americans saw Wallace struggle last night to control the debate between President Donald Trump and Democratic presidential nominee Joe Biden. There was quite a lot of clashing and of course Biden telling Trump to shut-up just didn’t sit right.

Following the debate, there were several of Wallace’s co-workers that didn’t hesitate in giving their feedback on the night’s debate. They criticized how Wallace handled the envening, and several of them admitted that Trump was basically tag teamed and forced to debate both Wallace and Biden.

In one retweet, podcast host Stephen L. Miller wrote that “Wallace is grilling Trump on his supporters taking to the streets when antifa is burning businesses down right now.”

“A draw between the contestants/combatants & a loss for the moderator,” another comment re-tweeted by Gutfeld reads. Gutfeld also wrote it “was not good” that Wallace laughed along with Biden at one point during the debate.

In a since-deleted tweet, Fox News’ Brian Kilmeade also aimed at Wallace, tweeting that it “looks like 2 V 1” debate at times. Kilmeade wondered why Biden was “allowed to interrupt” while Trump was not in a second tweet.

Why is @JoeBiden allowed to interrupt? @realDonaldTrump is not

“Biden seems to interrupt with impunity,” Ingraham pointed out as well.

Meanwhile, Fox News contributor Andy McCarthy said that Wallace “should get out of the way” and called him out for not pressing Biden on the Green New Deal.

“Chris Wallace jumps in a second time when Biden having trouble with Trump’s questioning,” McCarthy noted.

After last night’s debate it’s pretty fair to say that Chris Wallace has proven that he is nothing more than a media hack, after exposing all too clearly his bias during the debate.

For the night’s final question Wallace had the audacity to ask President Trump if he will tell his supporters not to riot. Trump’s supporters? BLM and ANTIFA were not mentioned in connection with destruction and riots ONCE! But Trump supporters and Malitias are mentioned in the same sentence with white supremacy groups???

Violent leftist groups including ANTIFA and BLM have been rioting for months in the streets of America… and there’s proof of this truth EVERYWHERE!

For example, the streets of Louisville continue to be victim to a ongoing wave of destructive behavior and outright lawlessness.

It kinda goes without saying, Chris Wallace failed his duty last night as moderator, and it was not easy to watch.