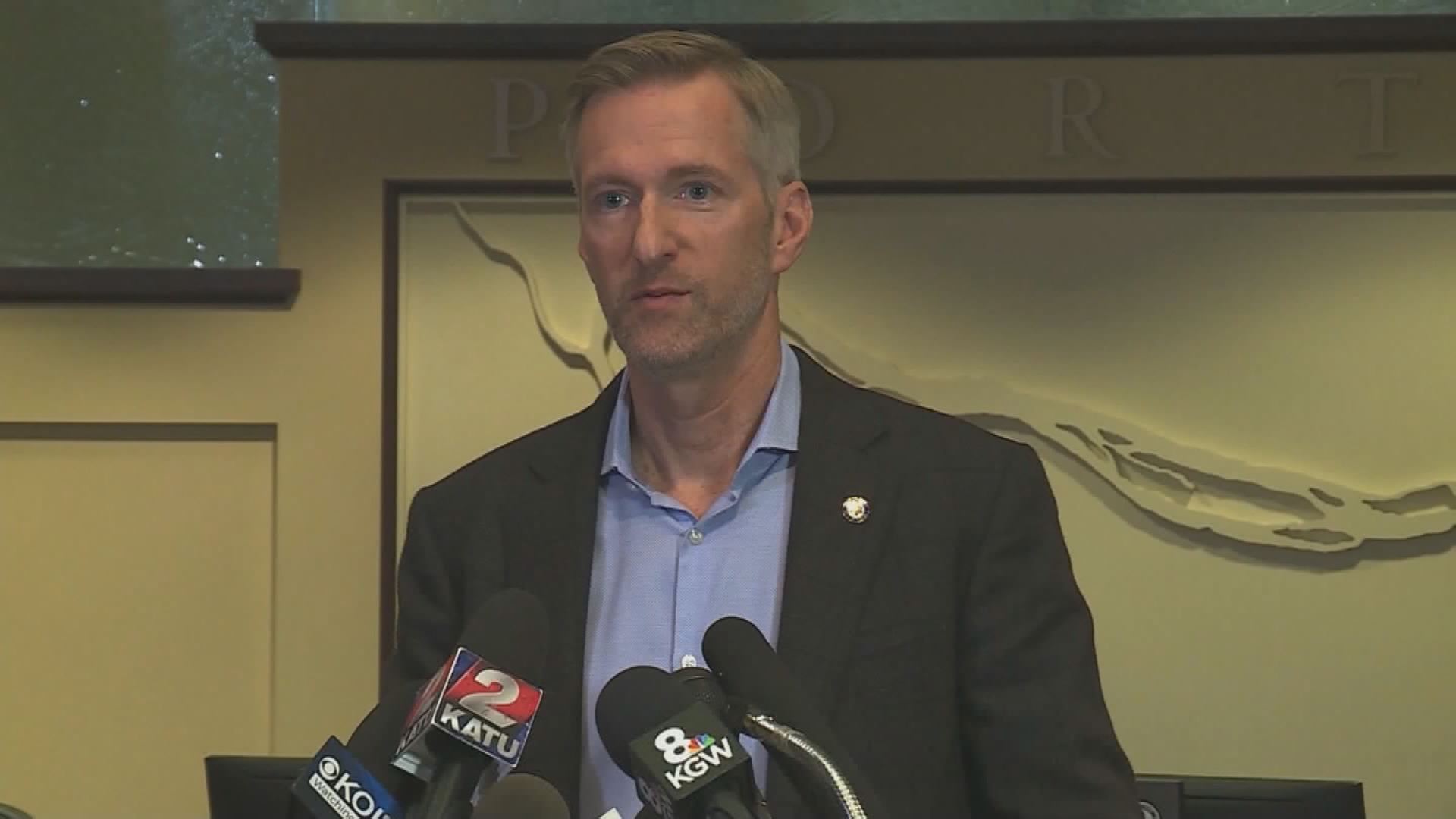 Portland’s Mayor Ted Wheeler has sent out a warning to the right. He warns “far-right groups” to stay out of his city. He stated that “intending to intimidate, create fear, commit violence, or spread hate is not welcome here”.

Ironically, he has without fail never applied the same standard to Black Lives Matter and Antifa rioters. While they are the ones continually destroying the city inflicting carnage now for over 100 days, the mayor continues to set focus on the right and putting the blame on them for the actions of the rioters.

“On Saturday, Sept. 26, a group of far-right extremists and white nationalist groups will be coming to our city,” Wheeler said in a Thursday op-ed after touting Portland as a sanctuary city and beacon of racial justice.

His reference to “far-right extremists” includes the Proud Boys group, although the city reportedly rejected the group’s permit for a noon protest on Saturday, citing coronavirus related concerns.

“They have announced plans to together at Delta Park, the location of the historic Vanport City, which has important historical context. Vanport was created as a temporary housing project to keep Black residents out of Portland,” he continued, noting that the group choosing Delta Park is insulting, whether “intentional or not.”

Wheeler, who has remained remarkably hands-off on the daily violent protests in his city at the hands of Black Lives Matter protesters and Antifa, said some in the right-wing groups “have a record of racism, intolerance, and hate,” which are “not Portland values.”

Notably, Wheeler joined violent protesters in Portland in July but received no accolades from the group, despite his efforts.

The mayor also cited concern for first responders, despite, figuratively, tying their hands in recent weeks after banning the use of tear gas.

“Meanwhile, Oregon’s first responders are stretched to the limit fighting a pandemic since spring and the recent wildfires that raged across our state,” he wrote.

For weeks, fire, police and other public safety agencies have crossed county lines, jurisdictional boundaries, and city limits to keep Oregonians safe from fires that have destroyed entire towns. We have lost hundreds of lives to COVID-19. We don’t yet know how many more Oregonians were killed by the fires. And, we are fighting every day to keep community members employed, housed and safe from the pandemic. The arrival of these groups in our city, along with their organized effort to re-traumatize and inflict fear, particularly on communities of color, puts even more strain on our first responders.

Is it not strange that concerned law-abiding patriots are far right wing to this wacko mayor?

After his home was attacked by rioters this is what he had to say:

“I want to express my sincere apologies for the damage to our home and the fear that you are experiencing due to my position,” according to a screenshot of the email sent to The Oregonian. “It’s unfair to all of you who have no role in politics or in my administration.”

That explains a lot right? He’s had to move from his home to keep himself save from ANTIFA and BLM rioters, and still…. he blames the right.