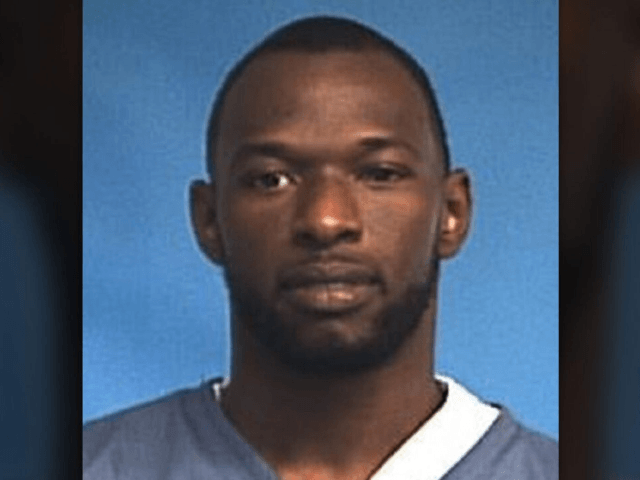 32 year old Christopher Hendrix is a felon who allegedly attempted a total of four carjackings on Friday. He was arrested after one of the drivers he tried to attack had doused him with gasoline and another one of them pulled a handgun and sent the suspect fleeing.

Hendrix had crashed his own vehicle on I-4 and for some reason thought it would be a great idea to just try to take someone else’s vehicle instead of working out his situation the right way. His first target was a woman who was gassing up her pickup truck at the gas station. When Hendrix attempted to try and carjack her vehicle she proceeded to soak him in fuel.

Hendrix then took off running toward a van and allegedly tried to steal that one too, but inside was a driver that is a concealed carry license holder and they pulled out a handgun to defend themselves. Hendrix took off running and allegedly continued to try and carjack two more vehicles that were stopped on I-4 due to an accident.

Once in the cruiser, Hendrix allegedly kicked out the rear window and tried to make an escape.

In 2009 Hendrix was sentenced to 10 years in prison “for aggravated battery with a deadly weapon.” He was released in 2017, and now faces charges of “carjacking, grand theft auto, felony criminal mischief and escape…[and] occupied burglary.”

I really hate to state the obvious, but Mr. Hendrix should really find a new line of work….

He is no match for a woman with a gas tank, and ESPECIALLY no match for anyone who is a concealed carry license holder. Imagine how the story would have played out if they didn’t have means to protect themselves? Hendrix took off running once he saw the handgun, he was looking for unarmed, easy targets…

In other news, we also see how even weapons like a taser isn’t always going to difuse the situation and when things get to the point of life or death, a good guy with a gun will keep you alive.

Video has been released on an incident that occurred on September 5, 2020 in Chicago, Illinois. The footage shows a suspect allegedly stabbing a police officer continuously with a butcher knife before other officers shot and killed the suspect.

The Chicago Sun-Times reported that police officers converged the suspect at a park following an early morning report of a stabbing. The suspect is 34 year old Shaon Jermy Ochea Warner. The police officers warned Warner and ordered him to drop the knife several times, he refused to comply. He then started to approach the female officer while ignoring her warnings, at this point he was tased by the female police officer and fell to the ground with the knife still clutched in his hand.

Warner was only on the ground for a few moments before he got back up and allegedly charged the female police sergeant and started to stab her multiple times with a butcher knife.

ABC 7 reported that “Warner appears to thrust the knife towards the sergeant’s abdomen, and the officers fire multiple shots at him.” Warner then fell again to the ground and was pronounced dead at the scene.

The Civilian Office of Police Accountability (COPA) is investigating the officer’s response to Warner. COPA says the “investigation into the officer’s actions, including use of deadly force, is in its early stages and will determine if the actions of the officers are in accordance with Department policy and training.”

The knife-wielding man, identified as 34-year-old Shaon Jermy Ochea Warner, was pronounced dead at the scene. Early reports indicate officers from the 8th District responded to the area in search of a suspect believed to have stabbed an individual. Officers located an individual matching the description in Vittum Park and repeatedly gave commands to drop the knife.

Officers deployed a Taser to subdue the individual temporarily to no avail. The individual then attacked one of the officers, and proceeded to stab her numerous times. Two officers fired their weapons, fatally wounding the individual. The officer who was stabbed was wearing a protective ballistic vest and not seriously injured. COPA’s investigation into the officer’s actions, including use of deadly force, is in its early stages and will determine if the actions of the officers are in accordance with Department policy and training.