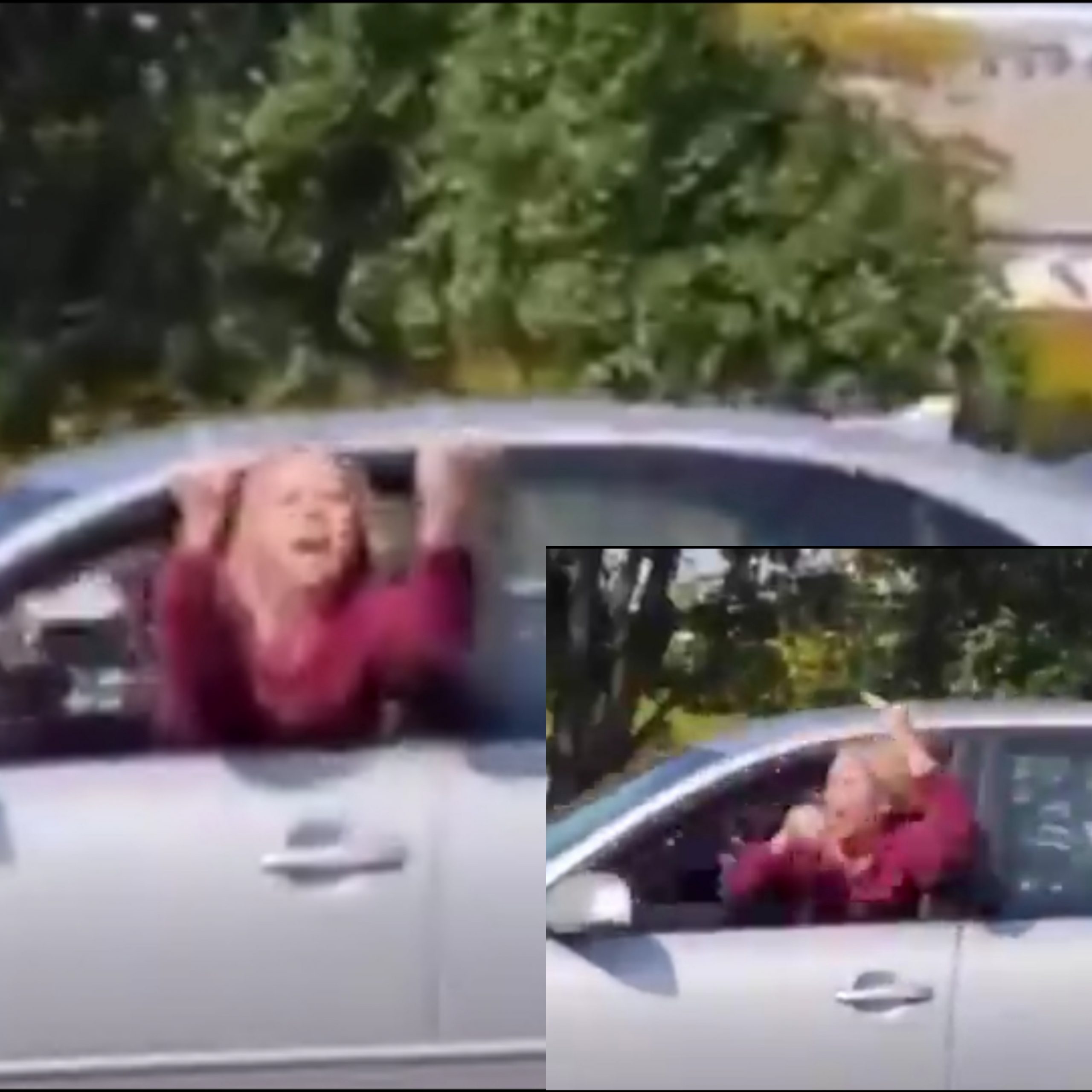 Folks, you just can’t make this stuff up. It has to be caught on camera or it never happened.

What you are about to witness is an angry Trump hating woman, crash her car while she’s leaning out of it to yell and flip off a MAGA corner rally. Yes. This woman was driving her car, leaned her full front half of her body outside her window, flipped off a MAGA corner rally while yelling at them…. then proceeded to crash into the car infront of her.

But that is not the kicker. After the accident, she stays in her car upset, continues to yell, and flip off the car infront of her and then learns REAL quickly that she’s about to be in a whole lot of trouble when she finds out who was driving directly behind her….

WATCH THIS to the end for the shocker!

Woman had a TDS meltdown over a MAGA street corner rally then proceeded to hit the vehicle in front of her while police were behind her ?pic.twitter.com/rEVEGeKNaj

Jennifer Mosher went off on a rant to the class she was instructing live over a video that she was fed up with Trump supporters who won’t wear their masks.

“Yesterday he held one inside. Nobody wore a mask. And I’ve become the type of person where I hope they all get it and die. You can’t argue with them, you can’t talk sense into them. I said to somebody yesterday, I hope they all die before the election. That’s the only saving hope I have right now. Definitely bootlickers. I should stop talking about politics. I really should not be talking politics.”

“I hope all Trump supporters die (of COVID) before the election”

I’m so glad I’m no longer in college because there’s no learning going on there. She honestly reminded me of a crazy cat lady neighbor who used to yell at us kids for running across her lawn growing up. I find it unfortunate for anyone to wish anyone dead, especially an entire group of people.

Holocaust thinking is dangerous and especially when it’s being taught in a University. Luckily, the University suspended her right away. Hopefully, someone with so little self control in the classroom setting would be removed permanently.

Only time will tell.