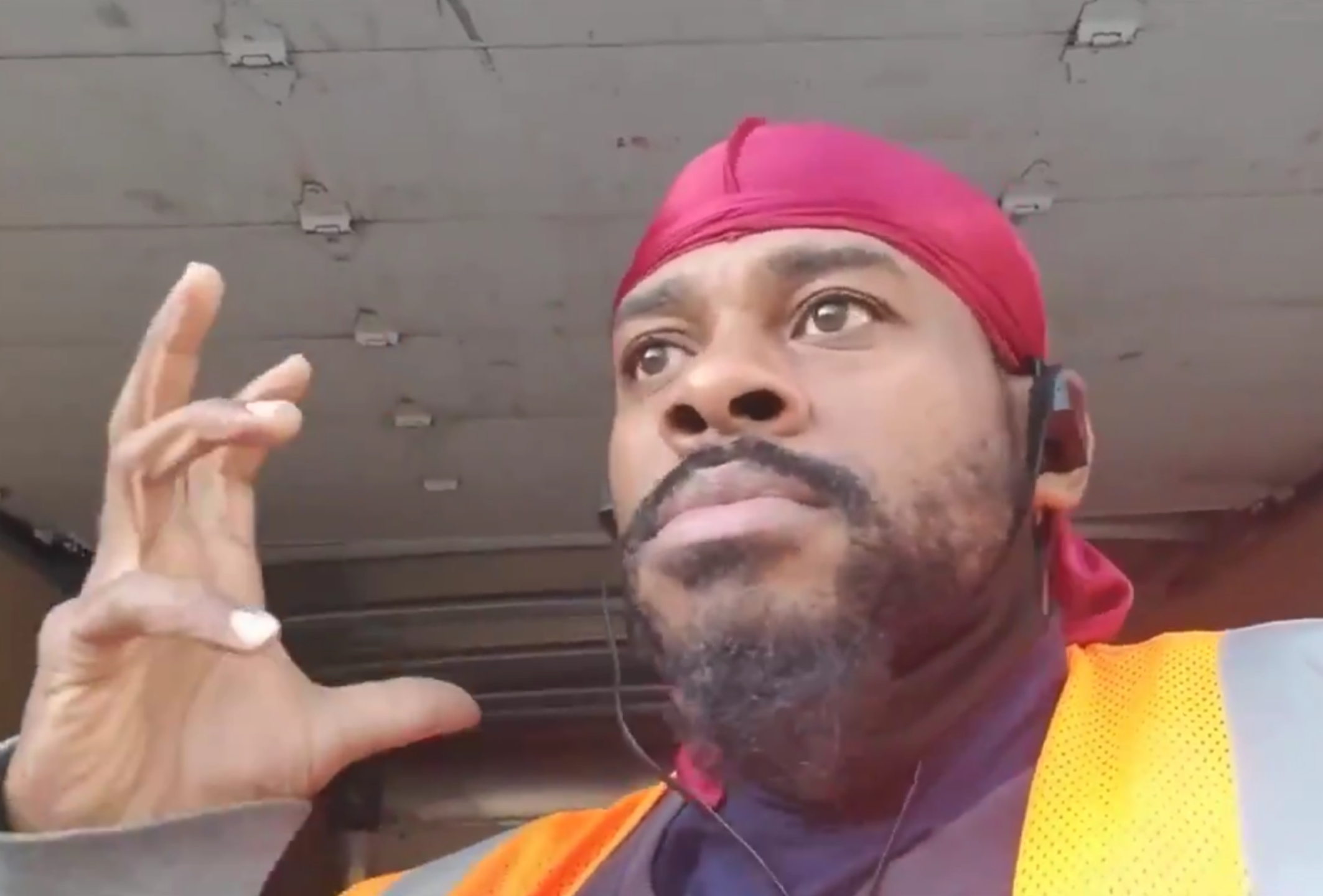 An African-American man named Gary Lamb is an ardent supporter of President Trump. He made a video message that listed what the president means to him and President Trump took a shine to it and put it out there last week. Lamb started his nearly ten-minute video message by thanking Independent journalist Tim Pool, who helped make his video message a viral sensation.

Thank you, I will never let you down! pic.twitter.com/8AGm77ko1M

“If Biden gets into office, I don’t know what I’m gonna do,” Lamb said. “So I’m saying thank you to you. You unlocked me and I’m sure you unlocked a lot of people. There’s a silent majority out there, man. I talk to them every day.”

Lamb also made the point that the silent majority are “workers like me who didn’t care about politics, didn’t think about politics, and didn’t want to talk about politics.” Yes, they are. Good, decent people who love this country and our freedoms and are so busy earning a living that they don’t have time to fight the communist revolutionaries in our streets. So President Trump will.

Then Lamb went on to recount a story concerning a discussion he had with an “Arab,” who proudly told Lamb about his support for Trump. “I got people who I work with on a daily basis who are saying, ‘We gotta do something.’” We certainly do – every one of us must go to the polls and vote for Trump on election day. It is the most crucial election in our lifetime and we dare not do our duty if we want to stay free.

Lamb explains that through Pool’s influence, his mind was “freed from a tyranny that I’ve been paying into my entire life.”

He then tells of the horrific struggles and hardships he’s endured in his life that nearly destroyed him.

“I rose above it and tried to be a better person, but it was wearing me down,” he continued. “Last year I was ready to take my life, man. Filled with depression and this COVID s*** nearly killed me because I was finally doing okay.”

Lamb explains in the video that he spent 10 years rebuilding his credit by working the kind of jobs that most people are unwilling to do.

“I’m almost 40 years old, I work two jobs, and all I can say and all I have to show for it is that I have great credit,” Lamb says. “I don’t own a house, I don’t have no money in the bank [but] that’s because of COVID because I was actually doing pretty well until that hit.”

He went on, “But I realized that the reason I was doing pretty good was because of Trump. The Democrats never gave me s***, not a f****** thing.”

President Trump was moved by the video message and included part of it in a tweet saying, “I will never let you down.” He hasn’t so far – promises made, promises kept. You’ll never be able to say that about Joe Biden.

Tim Pool went on to share the president’s tweet and stated that he is “eternally grateful” for Lamb’s ability to tell his story. Trump’s not a racist, never has been. Race should have nothing to do with this… feeding your family and having a roof over your head, and the freedom to live your life as you choose is what should really count.

Stood up and told his story

“Gary Lamb Stood up and told his story,” Pool wrote. “The President noticed. I’m humbled and eternally grateful for your words.”

This is a story that the leftist media will never air because it doesn’t fit their narrative. But it is the story of millions of Americans who support President Trump.