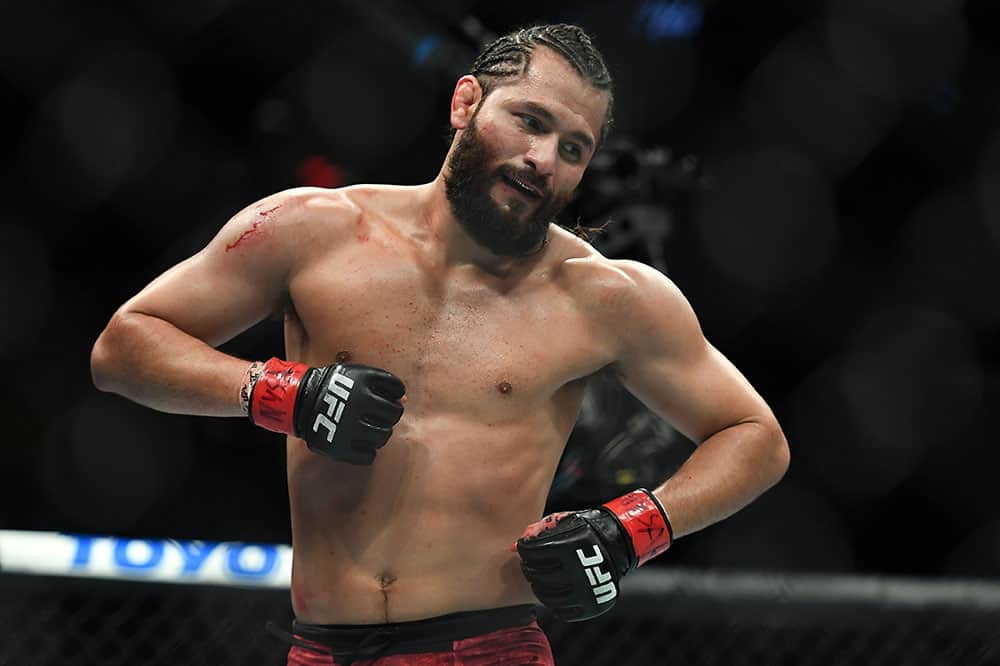 There will be something pretty cool happening in Florida soon. According to ESPN MMA reporter Ariel Helwani, Masvidal will be joining ranks with Donald Trump Jr. for a ‘Fighters Against Socialism’ tour throughout Florida!

They will be getting into the cage with socialism to battle it out.

Jorge Masvidal will join Donald Trump Jr. on a day long "Fighters Against Socialism" bus tour across Florida this Saturday. They will hold 3 rallies in Tampa, Orlando and Miami. Their final rally will be at the American Top Team gym where they expect numerous fighters to join.

Masvidal, comes from a family who knows very well what the horrors of a socialist country comes with. His family escaped from Cuba to flee to South Florida, and since then Masvidal has been a dedicated spokesperson against socialism. He has had only good words to share about President Trump, and in an invterview on Dan LeBatard’s podcast, Masvidal pushed back at those who would try to call him a “racist” because of his support for the President Trump. He has defended the president’s record from day 1.

“I wasn’t always Jorge ‘Gamebred’ Masvidal, all of a sudden everybody knows me,” Masvidal said. “No, no, no, for many years nobody knew me. When people would say I’m racist because I would pick a certain person, that let’s you know where this is going as a society. They’re using now that to wipe away all the good (Trump) has actually done for my community. The lowest unemployment for Latin and Black people, that gives us dignity. That gives my community dignity. People are working and making more money. The pay gaps that have happened in the middle class are nice, are good. It’s numbers, it’s facts. He’s actually helping out my people. And I’m supposed to not give credit for that?”

Masvidal has just come off a loss against opponent Welterweight Champion Kamaru Usman. Despite this, he has been spoken of as one of the best welterweights in the game.

The tour reportedly will consist of a campaign trail with a series of events in the key battleground state of Florida, this weekend!

Masvidal and Trump Jr. will participate in a “Fighters Against Socialism” bus tour on Saturday, ESPN’s Ariel Helwani reported. The duo will hold rallies in Tampa, Orlando and Miami with “numerous fighters” expected to participate, though it’s unclear who else plans to join Masvidal.

The anti communism bus tour will be arriving at a city near you #supernecessary https://t.co/p8RDrmdKrW

Masvidal was just a teenager when his father defected from Cuba to escape the Castro regime and protect his family from socialism. Earlier this month at an event called “Latinos For Trump” that was held at the Trump National Golf Club in Doral, Masvidal was praised by President Trump for his knockout victory over Ben Askren in July 2019.

“That was the fastest [knockout],” Trump said at the event. “What was it? About a second? Two seconds? You ran across the ring and the guy was gone and that was the end of it. Did they have to pay you for that evening or not? Because one second… that’s a good return. Great to have you, man. I’m a big fan.”

President Trump has quite a solid following among UFC fighters since his entrance into the political sphere. UFC President Dana White is also a well-known Trump donor and even spoke on his behalf during the 2016 and 2020 Republican National Conventions.