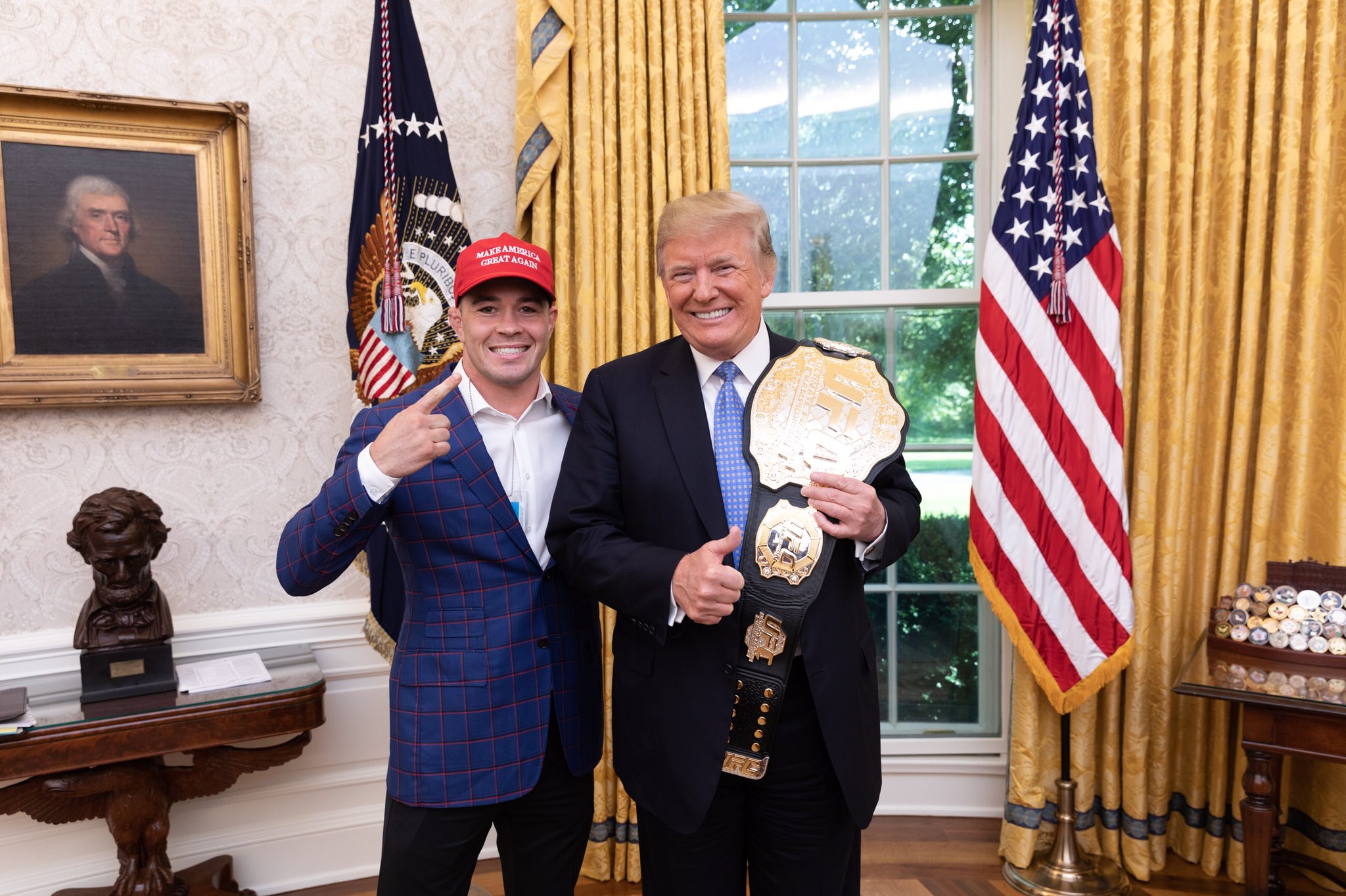 After winning his grudge match against Tyron Woodley in a fifth-round TKO, Colby Covington delivered quite the message at UFC Fight Night on last night. He took over his own interview from the interviewer and took shots at former Vice President Joe Biden and Los Angeles Lakers star LeBron James in his post-fight interview. He proudly called out Joe Biden with an American flag draped across his shoulders.

“Ladies and gentleman, the silent majority is ready to make some noise. If you thought that was a beating wait until November 3rd, when Donald Trump gets his hands on Sleepy Joe. That’s gonna be a landslide.” –

“Ladies and gentleman, the silent majority is ready to make some noise. If you thought that was a beating wait until November 3rd, when Donald Trump gets his hands on Sleepy Joe. That’s gonna be a landslide.” – @ColbyCovMMA pic.twitter.com/0b518NdgV2 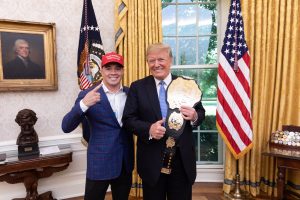 Covington is often seen with a MAGA hat and has been very transparent about his support for Trump. He’s met the president in the White House and even had Trump’s sons, Eric and Don Jr., show up for a fight last year.

During the interview, he then took deserved shots at James and other “woke athletes” after thanking first responders around the United States. James and other professional athletes have been leading a push for social and racial justice in recent months. They did this by kneeling during the national anthem in protest or making other demonstrations.

Unsurprisingly, NBA players staged a walkout — something that was soon followed by teams in other leagues across the country — in the wake of the accused rapist and stalker Jacob Blake shooting in Wisconsin.

The #POTUS @realDonaldTrump will be tuned into @ESPN to watch me at #UFCVegas11 this Saturday night how about you snowflakes? pic.twitter.com/QB2z68McFa

After sitting down for an ESPN interview (wearing his signed “Keep America Great” hat), Colby actually took a call from Trump on speaker phone. The President congratulated him for his victory. He made the call from a campaign stop in North Carolina on last night.

Colby was emotional and credited Trump several times for his win, saying that after meeting him at a recent rally that there was no way he could lose.

*draft* WHAT School Tied Around HEAD Of 7-Year-Old With DOWN SYNDROME In Name Of COVID Will Make You FURIOUS!
AFF