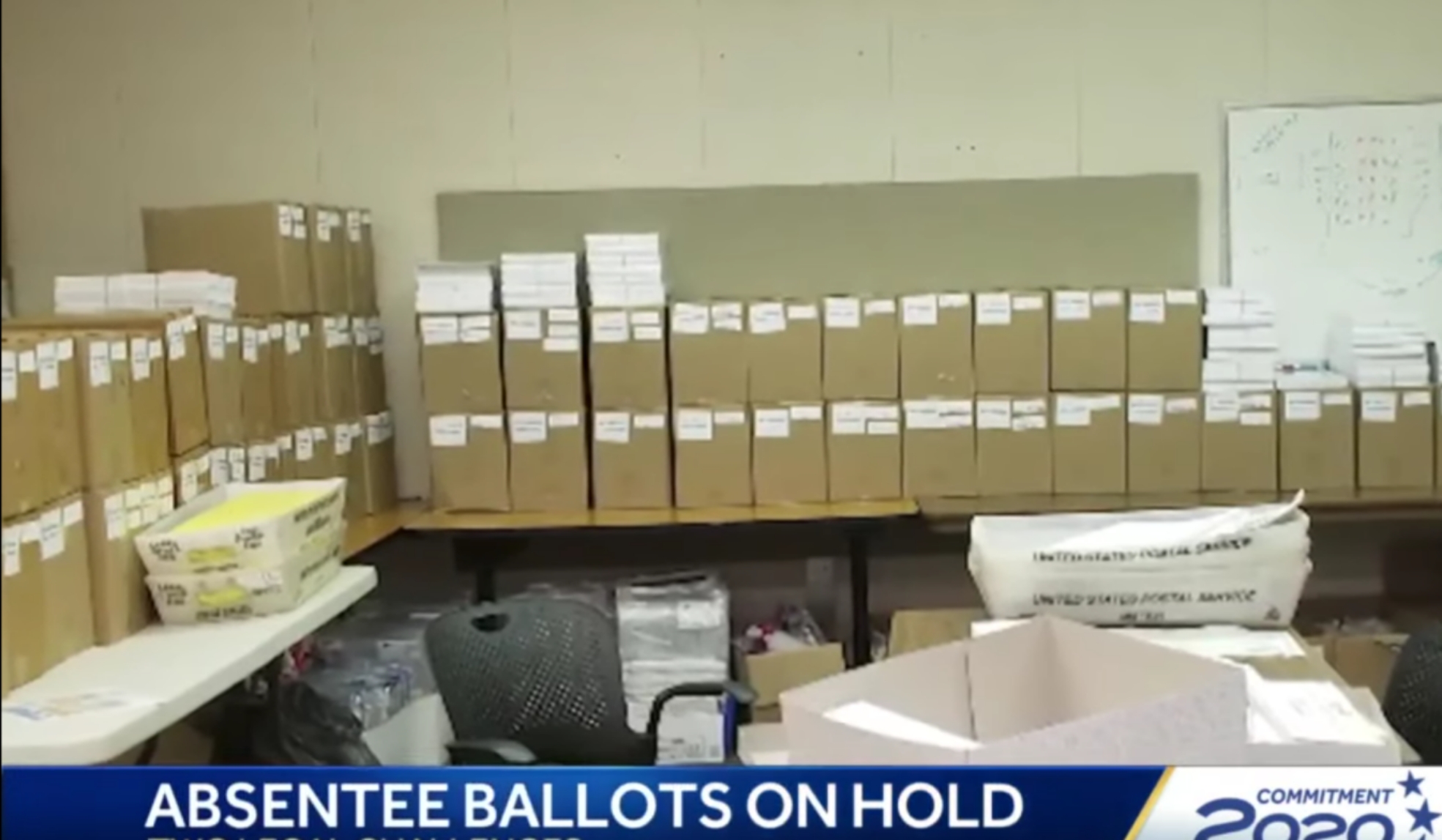 As expected the scary part of mail-in ballots is already becoming a problem. There were several military ballots cast for Presiden Trump that were discovered after a federal authority investigation in Luzerne County, Pennsylvania.

This is a statement that was released from the U.S. Attorney’s Office Middle District of Pennsylvania on Thursday:

The U.S. Attorney’s Office Middle District of Pennsylvania said in a Thursday statement:
On Monday, September 21, 2020, at the request of Luzerne County District Attorney Stefanie Salavantis, the Office of the United States Attorney along with the Federal Bureau of Investigation, Scranton Resident Office, began an inquiry into reports of potential issues with a small number of mail-in ballots at the Luzerne County Board of Elections.

Since Monday, FBI personnel working together with the Pennsylvania State Police have conducted numerous interviews and recovered and reviewed certain physical evidence. Election officials in Luzerne County have been cooperative. At this point we can confirm that a small number of military ballots were discarded. Investigators have recovered nine ballots at this time. Some of those ballots can be attributed to specific voters and some cannot. All nine ballots were cast for presidential candidate Donald Trump.

The U.S. Postal Service officials are now looking into trays of mail that were discovered in a DITCH in Greenville, Wisconsin on Tuesday. The trays were found at 8am near the Appleton International Airport. It has been confirmed by a spokesperson from USPS that the trays did infact have absentee ballots in them.

“The United States Postal Inspection Service immediately began investigating and we reserve further comment on this matter until that is complete,” USPS spokesman Bob Sheehan said.

On Monday, a federal judge ruled that the Postal Service must prioritize election mail.

“The right to vote is too vital a value in our democracy to be left in a state of suspense in the minds of voters weeks before a presidential election, raising doubts as to whether their votes will ultimately be counted,” stated U.S. District Judge Victor Marrero.

“Conflicting, vague, and ambivalent managerial signals could also sow substantial doubt about whether the USPS is up to the task, whether it possesses the institutional will power and commitment to its historical mission, and so to handle the exceptional burden associated with a profoundly critical task in our democratic system, that of collecting and delivering election mail a few weeks from now,” the judge added.

We have received warning after warning from President Donald Trump on the dangers of voter fraud that comes with voting by mail. Unless under specific difficult curcumstances voting by mail is discouraged.

“We’re not going to destroy this country by allowing things like that to happen. We’re not destroying our country,” Trump has said. “This has more to do with fairness and honesty and, really, our country itself.”

“People take them where they force people to vote,” he previously warned. “They harvest … They take many, many ballots, and they put them all together, and then they just dump them, and nobody has any idea whether they’re crooked or not.”