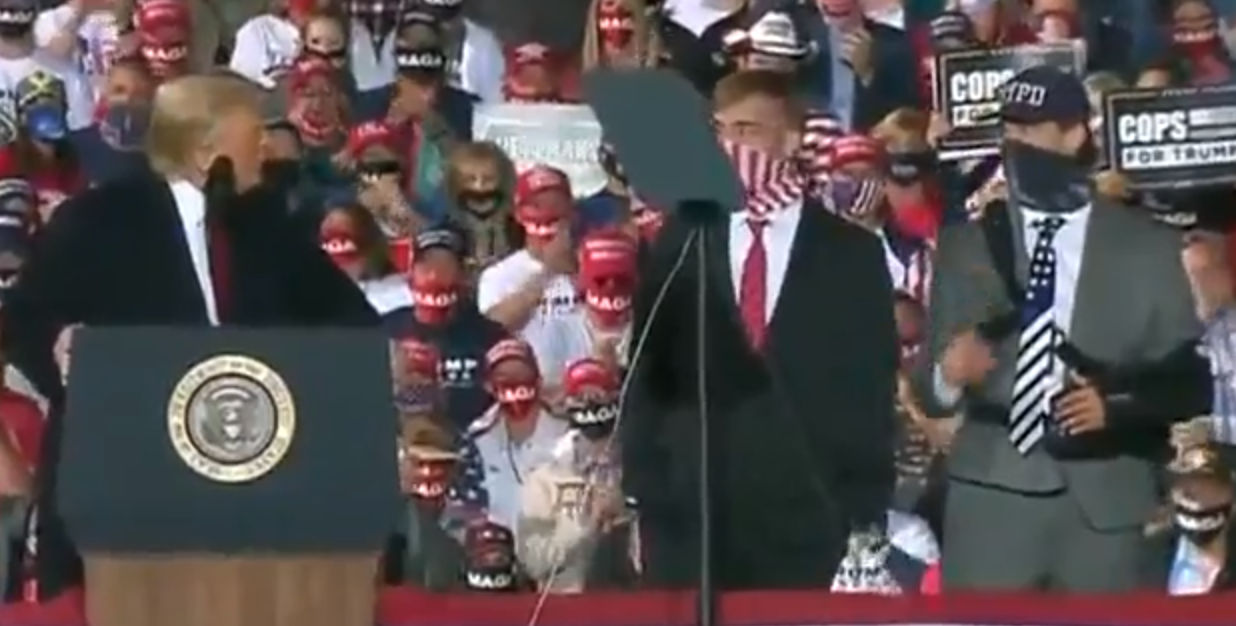 Just this Monday, President Trump held a rally and chose to honor two Ohio High School students who were suspended from their school for supporting first responders during their game night on September 11th.

During the anniversary of our nation’s most destructive terrorist attack, these two high school football players emerged from their locker room onto the football field, proudly waving a “thin blue line” flag and a “thin red line” flag. These flags were created to remember and honor our fallen first responders of both police officers and firefighters, who ran towards danger only thinking about the safety of others.

These two young men, cornerback Brady Williams and linebacker Jared Bentley of Little Miami High School were both even more invested into showing their respect and appreciation with these flags for the fallen because they are the sons of a police officer and a firefighter.

The boys had no idea what events would take place shortly after this display of respect. Both of these young men were put on suspension. After a change.org petition to get the boys off suspension attracted a wave of attention, both boys were reinstated.

The school board president had this to say about it:

“Moving forward, Little Miami is returning the players to active status and this matter will be addressed as an Athletic Department Code of Conduct issue, with any potential consequences to be handled by coaching staff.”

When word reached President Trump about what had happened, he made plans to meet the boys.

“They’re good looking kids. I want to congratulate you,” Trump said as the two students joined him on stage. “You’ve become famous.”

NOW… both young men have been recognized by President Trump himself!

Both young men were asked if they were still happy that they ran onto the field with their flags that night. Williams replied, “Yea, more than ever!” They both are being awarded with scholarships from the non-profit group Holiday for Heroes who made the announcement to their surprise during their visit with the President. Both boys appeared to be ecstatic with joy over the reward.

Trump also asked the boys how their football team’s season was going. Trump chuckled at their response that was short and simple “Could be better.” The rally crowd cheered and started chanting U.S.A!

“You know what? You’re doing great. And everybody out here loves you and appreciates you.”

It goes without saying that the parents of these two highschool football players have made their parents very proud.

What do you think about President Trump’s decision to take time out of his busy schedule to meet these boys? Let us know in the comment section below!