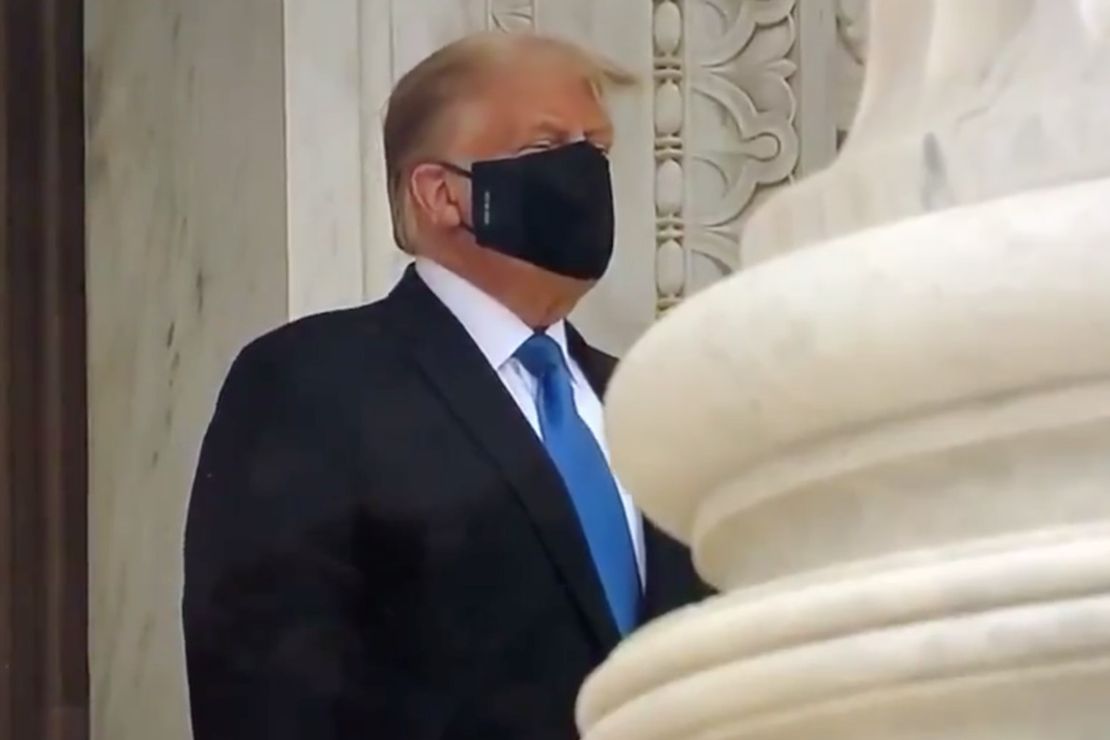 It feels like the left never misses an opportunity to dishonor themselves, well the far-liberal left Democrats that is. At RBG’s funeral they shamelessly turned the funeral into a sink hole of chaos, and despite the dishonor of it all, they remain blind to their own destructive behavior.

When President Trump and first lady Melania Trump arrived on scene at the Supreme Court to pay their respects to the late Justice Ruth Bader Ginsburg, they were booed and shouted at. Even during the moment of silence, the crazy far left were still booing and shrieking like hyenas.

“Vote him out!” they shouted over and over with no respect to the late RBG in the least amount.

As always it seems that as much as they pay lip service to “unity” they can’t even agree with eachother, so how could the right even dream to think they would have been respectful at the funeral considering the circumstances.

Disgusting behavior from leftists outside the Supreme Court:

They just started screaming bloody murder and chanting "vote him out" as Trump paid his respects to RBG during a moment of silence. pic.twitter.com/iGBjYOtMMZ

Of course this footage went viral once it hit social media accounts of liberal propagandists who immediatly started using the footage to trash President Trump’s appearance at the hight court.

“They’re booing Trump for pretending to pay his respects to the women who’s legacy he’s currently trying to destroy,” an ostensible propagandist from The Daily Beast claimed.

“Chants of ‘Vote Him Out’ as they pretend to pay their respects to #RuthBaderGinsburg,” another added.

Look at some of the footage and accompanying claims/responses from the Twitterati below:

Chants of ‘Vote Him Out’ as they pretend to pay their respects to #RuthBaderGinsburg. pic.twitter.com/aVFaxuvf9H

Trump's thuggish supporters shout Lock her up. True patriots holler Vote him out. That speaks volumes.

Trying to imagine the media coverage if Republicans had done this to Obama while he was paying respects beside a casket. https://t.co/3yeMHfBos9

Over on Fox News, contributor Chris Stirewalt posited a conspiracy theory that perhaps the president’s decision was rooted in “political calculation.”

Lewis wasn’t a Supreme Court justice. He was a member of the opposition party.

“Maybe it’s to get the boos. Maybe that’s the idea. But you can see the intensity that Democrats feel about Ginsburg, about this seat, about this election, about Trump.”

When the news of her death broke out that Friday, President Trump issued a statement offering condolences almost immediately after he found out.

Statement from the President on the Passing of Supreme Court Associate Justice Ruth Bader Ginsburg pic.twitter.com/N2YkGVWLoF

President Trump openly proved that he respected Ginsburgh, accusing him that he went to the funeral for political reasons is absolute nonsense.

At the end of the day, it’s best not to engage with ‘stupid’, it will just drag you down to its level and beat you with experience.