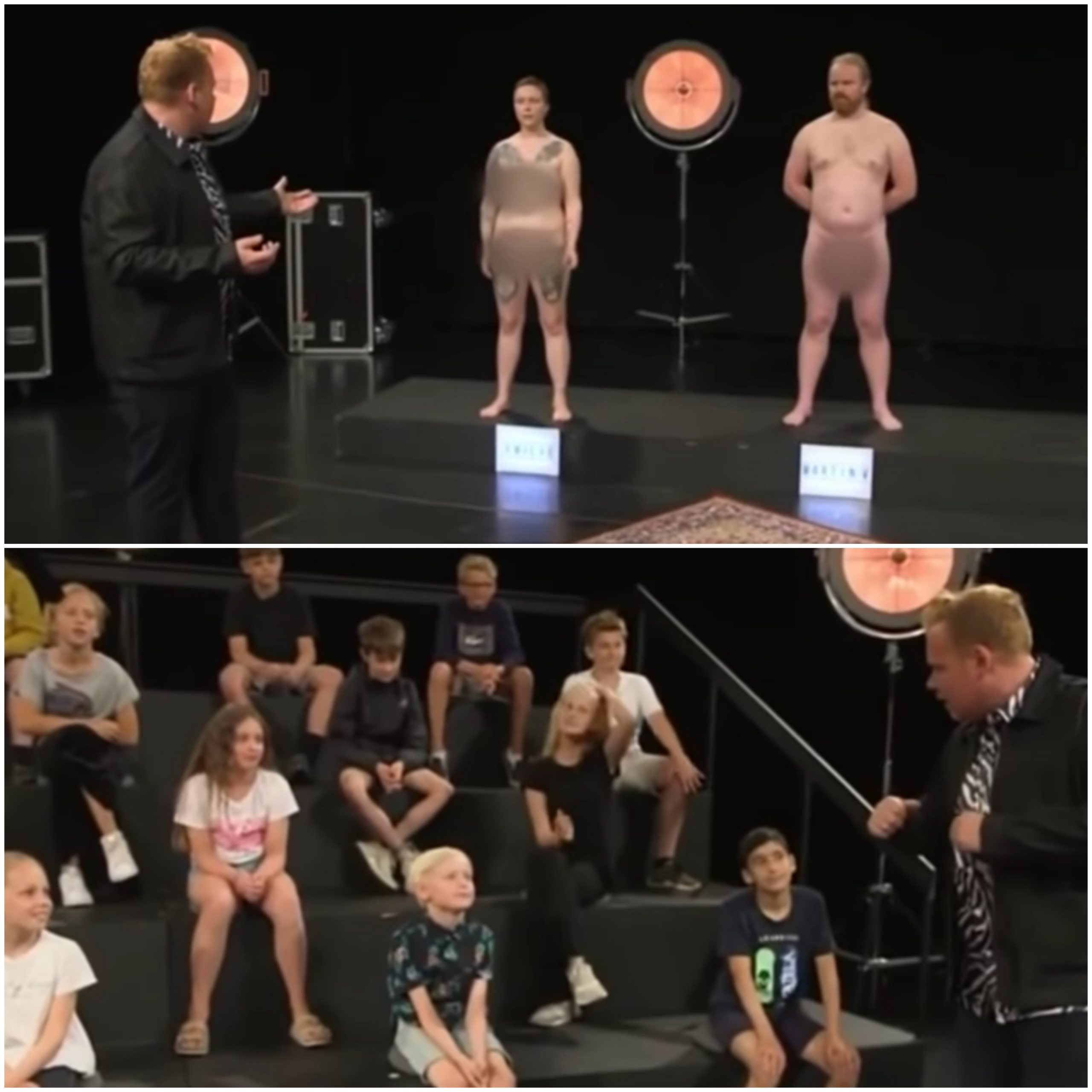 Just when you think things can’t get any more twisted, you get surprised once again. In Denmark, they are running a program on TV that “aims to counter social media that bombards young people with images of perfect bodies.” How do they plan to do that? Well, they are going to have adults strip their clothes off for the tots to get a gander at what their bodies look like. Ick.

“OK, children, does anyone have a question?” the TV show’s host, Jannik Schow, asked on air. Only a few in the audience of 11- to 13-year-olds raised their hands. “Remember, you can’t do anything wrong,” he said. “There are no bad questions.” No, just obscene lesson material evidently. This simply should not be condoned or allowed. Parents should be outraged over it.

The children were slow to raise their hands because they were distracted and dumbfounded by what they were seeing no doubt. This took place in a heated studio in Copenhagen, Denmark. Five adults came out in bathrobes which they dropped after Schow gave them the nod. The children knew what was coming but knowing and seeing are two very different things.

This was for an award-winning Danish children’s program entitled Ultra Strips Down. It is shown on Ultra, the on-demand children’s channel of the national broadcaster. The topic that day: skin and hair.

Instead of fighting body shaming and encouraging body positivity, this is sexual misconduct and child abuse. Children were said to have asked questions such as, “At what age did you grow hair on the lower part of your body?” “Do you consider removing your tattoos?” “Are you pleased with your private parts?” What kind of parent lets their child participate in something like this?

What’s more, this program is very popular in Denmark. But there are at least a few sane individuals left in that country. A leading member of the right-wing Danish People’s Party, Peter Skaarup, said he found Ultra Strips Down to be “depraving our children.” Well put.

Nudity is common at public beaches in Denmark but to bring it into elementary schools? That’s just sick. Schow claims it has nothing to do with sex but if you have nude adults in front of impressionable children, it certainly does. This isn’t ‘reality’, it’s ‘pedophilia’.

The shame of being imperfect comes from social media, Schow said. “Ninety percent of the bodies you see on social media are perfect, but that is not how 90 percent of the world looks,” he said. “We have extra fat, or hair, or pimples. We want to show children from an early age that this is fine.”

In its first season, in 2019, Ultra Strips Down won an award for the best children’s program of 2019 at the Danish TV Festival. In the 2020 season, the show, which is produced by the Danish branch of Warner Bros. International Television Production, will offer five new episodes on a variety of topics, each to an audience from mostly different schools. Shame on Warner Bros.

Remember, the parents of all of these children had to consent to this. That just boggles my mind. There were over 250 children in that audience.

The recorded episodes, now available in censored clips of the program on YouTube, feature adults with different body types – white, black, fat, thin, short, tall, old, and young. There was John, a person with dwarfism, and Muffe, a man who had small horns implanted under the skin of his bald head. Yep, sounds normal to me.

You’ll be shocked to know that the New York Times glowingly covered this and made it sound as if the kids loved it. These are the same people who are trying to normalize pedophilia in America. Just say no… something the Danes don’t seem to be able to do.