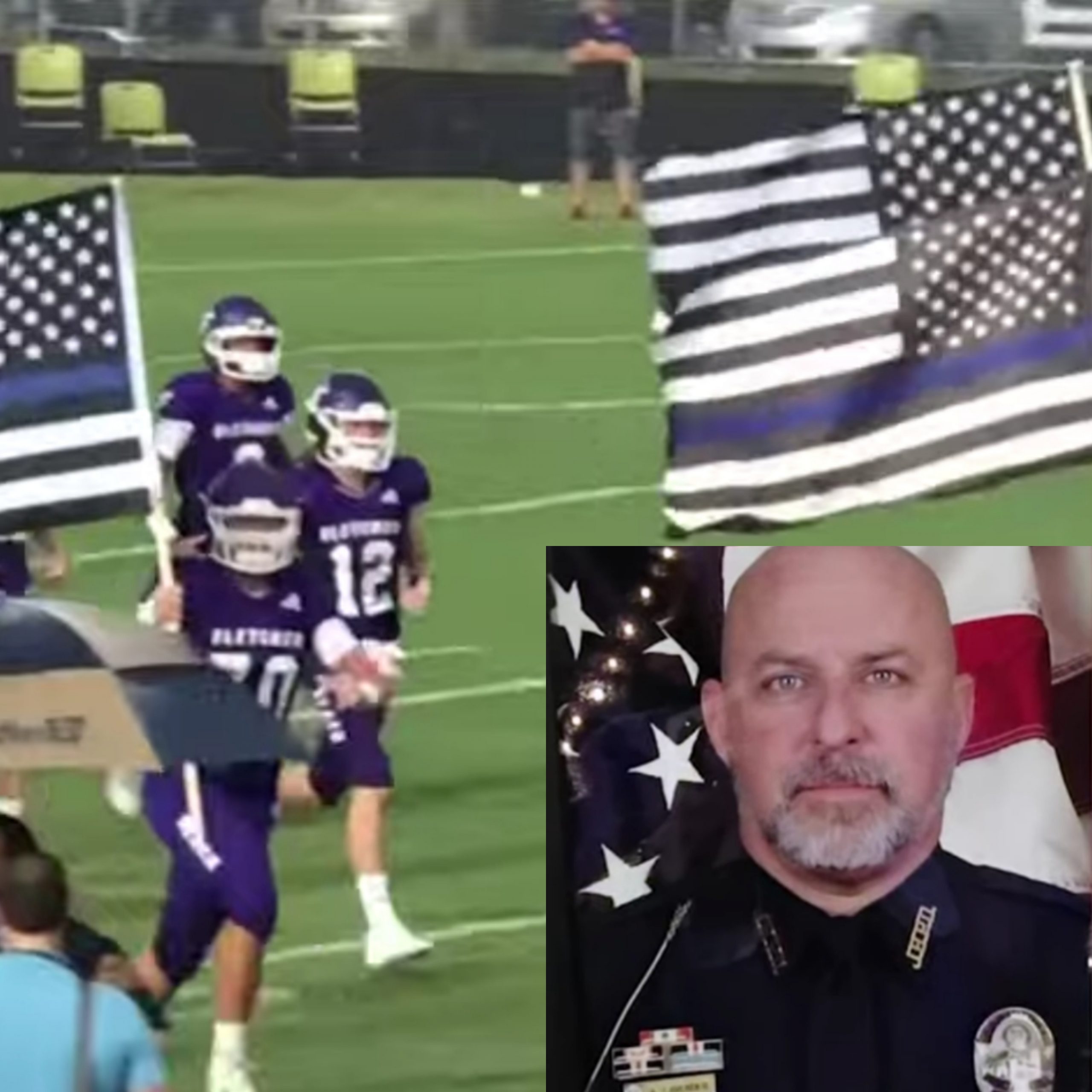 If my child went to this high school, they’d be out of there so fast it would make everyone’s heads spin. In Florida, a high school football team has been banned from flying a Thin Blue Line flag during their games after it was branded racist in a fierce online backlash. How the heck is that racist? It’s certainly disrespectful to police officers to ban the flag, but flying it is not racist.

This occurred at Fletcher High School, located in Neptune Beach. I bet you there are a lot of ticked-off parents descending on that school and the school board over this. The pro-law enforcement flag was flown during 11 games of the 2019 season and during last week’s game against Fleming Island. But now, it is not socially acceptable to support the police so the school caved and had the flag banned.

When the Fletcher Senators ran out onto the field with the flag during the recent game, the hate just poured out on social media calling the school racist. One person online stated: “Thin blue flag shown at Fletcher High School game, a lot of students aren’t happy.” First off, who cares if some students aren’t happy? I thought this was a free country where free speech was allowed and encouraged. Evidently no longer. And the spineless school administrators decided to ban the flag because of social media backlash – every one of them should be summarily fired.

That flag was taken out on the field in honor of a student’s father, a former police officer who died unexpectedly in August 2019. The 29-year veteran was not on-duty at the time. “It is all about my son’s love for his dad and his memory,” said Lorie Lavender, the mother of a junior named Caelan. He is an offensive lineman on the team. His father, Cpl. Andy Lavender was a Jacksonville Beach police officer.

“He was one of a kind,” Lorie stated. “And he is very much missed and loved.” He was also a man who gave his life protecting others and that should be honored, not disparaged like this. The mother flatly stated that the flag had no political or racist message in their eyes. She should not even have to say that or defend it.

Fletcher High School Principal Dean Ledford issued a weaselly statement that whined about how the tribute could be misconstrued by those outside of the school’s community. Again, who gives a flying rip? “It will always be my goal to ensure all students at Fletcher High School have the best possible educational experience to gain every opportunity for success beyond our school. A cohesive school culture in which students learn to shape and express their personal views is essential toward the accomplishment of that goal.”

“Since last year, a young man on our football team has been allowed to memorialize his father by carrying a flag onto the field with the team during the opening ceremonies of each game. The flag, which is known as the Thin Blue Line flag, has different meaning for different people, and rather than representing the young man’s personal feelings, it was being interpreted as a political statement of the team and of the school.”

“In consultation with the coaches, I determined that the act of using this flag in this personal way, while in the context of the football game opening ceremony, could easily be construed as representing a political position of our school and not just the personal feelings of the student and his teammates. Therefore, I have determined that it is no longer appropriate to continue. I am in conversation with the student and his teammates about ways they can appropriately express their personal views.”

“As the principal of Fletcher, I greatly appreciate our School Police, Jacksonville Beach Police, Atlantic Beach Police, Neptune Beach Police, and the Jacksonville Sheriff’s Office for their work in protecting our school and our community. As a public school, we must take great care in maintaining an objective position on various political issues.”

“Our action in guiding the student and his teammates to an appropriate way of expressing their personal views should only be interpreted as an action to maintain the school’s role as a venue for constructive dialogue, and not a proponent of any particular point of view.”

Ledford should be fired yesterday. That is one of the most weak-kneed, simpering statements I have ever had the displeasure of reading. Back the blue, not the Marxists.