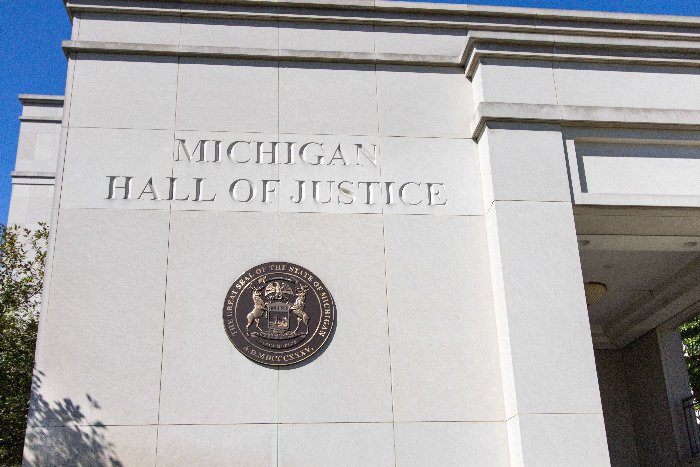 This was unexpected and it’s a pleasant development. Long overdue if you ask me. The Michigan Supreme Court on Friday struck down a 1945 law that Gov. Gretchen Whitmer (D) had been using to keep the state locked down since April. Her fascist tactics are finally getting swatted down. A little too little and a lot too late for the good people of Michigan.

Whitmer has aggressively and repeatedly extended a “state of emergency” for the past several months and pointed to a World War II-era law to do so, most recently lengthening it until October 27. Many businesses have now failed in the state because of her Marxist heavy-handedness. That law she was leaning on was just ruled unconstitutional, which it is.

Whitmer cited the Emergency Management Act of 1976 (EMA) and the Emergency Powers of the Governor Act of 1945 (EPGA) as her authority; with two lower courts subsequently dismissing legal challenges to her actions. Now comes some sanity from a higher court.

Michigan Supreme Court rules against @GovWhitmer's use of 1945 emergency powers law in #COVID19 pandemic, says 145 law "is in violation of the Constitution of our state because it purports to delegate to the executive branch the legislative powers of state government…" pic.twitter.com/sIP7Pd6X6r

…is in violation of the Constitution of our state because it purports to delegate to the executive branch the legislative powers of state government–including its plenary police powers–and to allow the exercise of such powers indefinitely. As a consequence, the EPGA cannot continue to provide a basis for the Governor to exercise emergency powers.

“Accordingly, the executive orders issued by the Governor in response to the Covid-19 pandemic now lack any basis under Michigan law,” the justices’ opinion reads.

We will now continue our partnership with our governor. We will work through this challenge as our Constitution requires and as we always have in times past – together.

“The Supreme Court ruled today in agreement with the legislature that the 1945 law is unconstitutional,” Chatfield wrote. And Michigan breathed an unsteady sigh of relief.

“The governor had no right to extend the state of emergency over the Legislature’s objection. Our Constitution matters, and this was a big win for our democratic process.”

“Michigan is now unlocked,” Fred Wszolek, spokesman for Unlock Michigan told Breitbart News. Maybe they can start picking up the pieces there in Michigan although it will never be the same thanks to Whitmer. They need to elect a conservative governor in that state. Let’s hope and pray they do.

Unlock Michigan has been leading a petition drive to repeal the same 1945 law. On Friday, the group submitted 593,000 signatures to force a vote by the legislature, Mlive reported. “We argued from the beginning that unlimited powers for a politician were a terrible idea. Today, we know that they are also unconstitutional,” Wszolek said. Indeed.

Of course, Whitmer issued a statement condemning the ruling:

“Today’s Supreme Court ruling, handed down by a narrow majority of Republican justices, is deeply disappointing, and I vehemently disagree with the court’s interpretation of the Michigan Constitution,” she said. “Right now, every state and the federal government have some form of declared emergency. With this decision, Michigan will become the sole outlier at a time when the Upper Peninsula is experiencing rates of Covid infection not seen in our state since April.”

Whitmer noted that the court’s ruling would not take effect for at least 21 days and that her emergency declaration and orders would remain in place until then.

Whitmer has been using the pretext of COVID-19 to implement her fascist diktats. People are fed up in that state just as they are in other states that are led by Democratic governors. This country needs a liberal enema if you ask me.