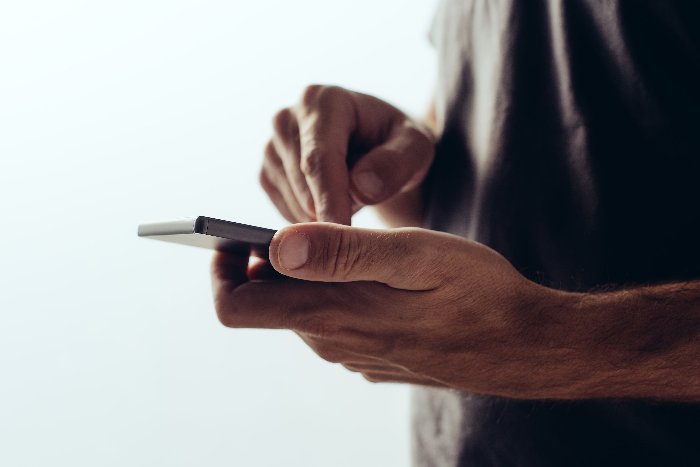 Here’s a nugget in the news that the left figures everyone will ignore because of the election and COVID-19. Cal Cunningham, a North Carolina Dem running against Sen. Thom Tillis for the U.S. Senate, admitted sexting with a woman who is not his wife. He pulled an Anthony Weiner and much like the disgraced politico is refusing to step out of his race.

Cunningham’s campaign confirmed to The Hill Saturday the authenticity of the text messages between Cunningham, a former state senator, and Arlene Guzman Todd, a public relations strategist from California. The texts were first reported Thursday night by NationalFile.com. Talk about sleazy. The report contained pictures of texts in which Cunningham and Guzman, who is also married, discussed kissing, and other more explicit messages.

In a statement on Saturday morning, the Democratic Senatorial Campaign Committee indicated it was sticking with Cunningham. Of course, they are. What’s a little immorality… as long as he’s not a real Christian, who cares? Right?

“North Carolinians are supporting Cal because he will protect health care coverage for pre-existing conditions, fight to bring down the costs of prescription drugs, and help our country recover from this crisis. We are confident that he will bring the same courage and determination to the Senate as he has while serving our country in uniform,” said Lauren Passalacqua, a spokesperson for the DSCC.

Be prepared to ralph – here is a sample of the sexting:

“Would make my day to roll over and kiss you about now,” Cunningham wrote in one text message.

“I have flexibility this month — done with school, training, big RFPs, etc. So the only thing I want on my to do list is you,” Guzman says in another.

"North Carolina U.S. Senate candidate Cal Cunningham, a married father of two, sent text messages of a sexual nature to a woman who is not his wife, his campaign confirmed Friday night."https://t.co/zuay1S4G88

But of course, he’s sorry and is begging the public to respect his family’s privacy. Which means he’ll probably keep sexting the woman and get caught again. I feel a divorce coming on.

“I have hurt my family, disappointed my friends, and am deeply sorry. The first step in repairing those relationships is taking complete responsibility, which I do,” Cunningham stated. “I ask that my family’s privacy be respected in this personal matter.”

“I remain grateful and humbled by the ongoing support that North Carolinians have extended in this campaign, and in the remaining weeks before this election I will continue to work to earn the opportunity to fight for the people of our state,” he said.

This guy has two children and is doing this. What a reprobate. He’s a public figure and he’s doing this. It doesn’t indicate a high intellect but it does reflect a total lack of morality and ethics.

“I have hurt my family, disappointed my friends, and am deeply sorry. The first step in repairing those relationships is taking complete responsibility, which I do. I ask that my family’s privacy be respected in this personal matter.”https://t.co/zuay1S4G88

Democrat Cal Cunningham said he is not dropping out of his race against North Carolina Republican incumbent Thom Tillis. https://t.co/wLAoOhGf6Y

The release of the text messages comes just over a month before Election Day when Cunningham will face off against first-term Sen. Thom Tillis (R). The race is rated by the Cook Political Report as a toss-up, and polls show Cunningham with a narrow single-digit lead, but I doubt that lead will hold after this. At least it shouldn’t.

Republicans pounced and I don’t blame them. “Families sacrifice so much when a candidate runs for office — time, finances, privacy, etc. For Cal Cunningham to betray his family like this is the most selfish, disgusting thing he could do. And if he’ll betray his family, he’ll betray #NCsen voters,” tweeted National Republican Senatorial Committee spokesperson Joanna Rodriguez. Exactly.

Jesse Hunt, a spokesperson for the Senate Republican campaign arm, suggested more bad news could on the way for Cunningham down the stretch.

“These are very troubling allegations, and Cal needs to be fully transparent with the voters of North Carolina. We know there is more to this story, Cal knows there is more to this story, and he needs to come clean with voters so they can make the appropriate judgment on whether he’s fit for office,” Hunt said. He’ll never do it but be prepared for the other shoe to drop.

Families sacrifice so much when a candidate runs for office — time, finances, privacy, etc.

For Cal Cunningham to betray his family like this is the most selfish, disgusting thing he could do.

“Nervous about the next 100 days” – Cal Cunningham pic.twitter.com/TXb2mdSdR1

Sen. Thom Tillis, by the way, tested positive for Covid-19 on Friday:

Tillis gets hit with the Wuhan and yet isn’t the loser of the day in North Carolina.

I'm wishing @SenThomTillis a quick recovery following his positive COVID-19 test, and am thinking of him and his family.

Because I was with Senator Tillis recently on the debate stage, I will also get tested.

Cunningham shared a stage with Tillis and now has to get tested too. Looks like everyone is getting it now.

Cunningham was gloating after announcing he’d raised $28.3 million in the third quarter of the year, shattering a record for the most raised in a single quarter by any North Carolina politician. Wonder if any that will now go to legal bills. Maybe a new phone with a better camera for more sexting. Or maybe it will pay for rehab. He should call Weiner for advice. I think another Republican is going to win his race because another Democrat couldn’t keep it in their pants. Just sayin’.