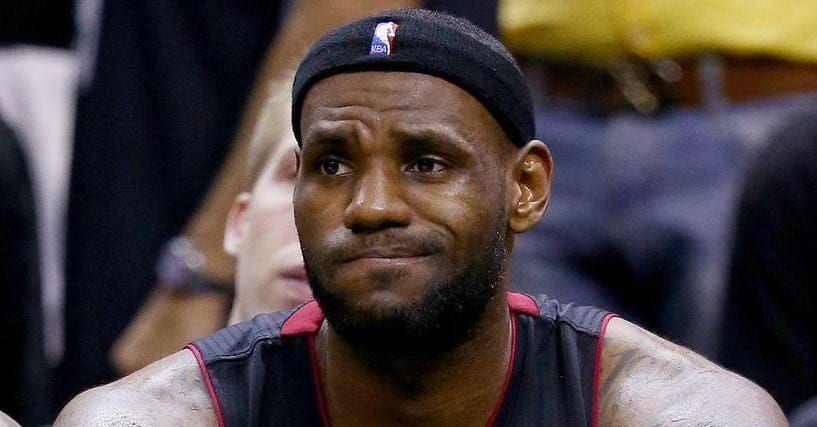 Mark Cuban, the ower of the Dallas Mavericks NBA team and Senator Ted Cruz went toe to toe in a heated debate over Twitter on Tuesday. This came after the lastest numbers showed yet another nose dive in ratings for Game 3 of the NBA finals.

Game 2’s numbers have come in and showed that it had only 5.98 million viewers and a dismal 1.9 in the ratings. This reflects an entire 68 percent drop over Game 2 back in 2019. This rating is actually the lowest ratings EVER for an NBA Finals game, and before Game 2’s record breaking numbers, it was Game 1’s numbers that had the record broken….embarrassing.

Game 3 ratings fell even lower to 4.5 million viewers, which makes it the least watched NBA Finals game on record. There are a number of reasons why this could be happening including the unusual timing of the season, but Cruz lit up social media suggesting that it was due to the player protests.

“Not surprising. Personally speaking, this is the first time in years that I haven’t watched a single game in the NBA Finals,” he said using the hashtag “#GoWokeGoBroke.”

Cuban didn’t like that. So he lashed back at the Senator’s stance.

“A US Senator with 3 @NBA teams in his state, employing thousands of people and he is rooting for their businesses to do poorly,” he wrote. “This is who you are @tedcruz . Every minute of your life, this is exactly who you are.”

Cruz hit back saying that he has been a life-long Houston Rockets fan and was a ride or die type of fan always supporting hist state’s teams but this year decided he wasn’t going to because the NBA “is engaged in a concerted effort to (1) insult their fans & (2) turn every game into a left-wing political lecture. That’s dumb.”

I love @HoustonRockets & have rooted for them my entire life. I happily cheer for the Spurs & Mavericks against any non-TX team.

But @mcuban the NBA is engaged in a concerted effort to (1) insult their fans & (2) turn every game into a left-wing political lecture. That’s dumb. https://t.co/uKSgvPhEcq

“You are so full of s–t. You haven’t watched a game of the finals, how would you know what is being said or done? Since when is a desire to end racism an insult to anyone or political? And you don’t think using #GetWokeGoBroke is a partisan insult? Again, this is who you are.”

Cruz replied: “I wish @mcuban loved his fans as much as he loves Chinese money.”

You are so full of shit. You haven't watched a game of the finals, how would you know what is being said or done? Since when is a desire to end racism an insult to anyone or political? And you don't think using #GetWokeGoBroke is a partisan insult? Again, this is who you are. https://t.co/uKfHGV7IGc

“Shame on me for putting American Civil Rights and Justice, creating jobs, growing our economy and healthcare reform over twitter proclamations,” Cuban said.

So as the pattern reflects the ratings are going down with each game. This collapse in ratings dosen’t come as a total surprise and infact there are probably many Americans thinking the NBA is getting exactly what they asked for when they decided to make the league about pushing their political agenda onto Americans that are just there to support their team and take a break from the already chaotic world. Instead of basketball being a time to relax, unwind, and enjoy food, drinks, and time with friends and family…it became a political platform.

However there is more to it… like Cruz said.

Back on September 2nd a Harris poll discovered that 39 percent of respondents who identified as sports fans foudn the league had become too political. On top of that another 19 percent decided to turn off pro basketball because of the NBA’s deel links to China. They didn’t like that at all.

All players, coaches and refs take a knee and lock arms during the national anthem before the Lakers-Clippers game. pic.twitter.com/eZ9RHE3eh7

For his part, OutKick’s Jason Whitlock thanks LeBron James for personally destroying the NBA’s popularity.

Killing the NBA's popularity in the US will be LeBron's legacy. Didn't have to be this way. Sad. Can't be the GOAT if you kill the game. #AirJordanForever https://t.co/vxK2m2e5D7

Maybe now they will learn the number one rule of free market capitalism…don’t insult your customer.