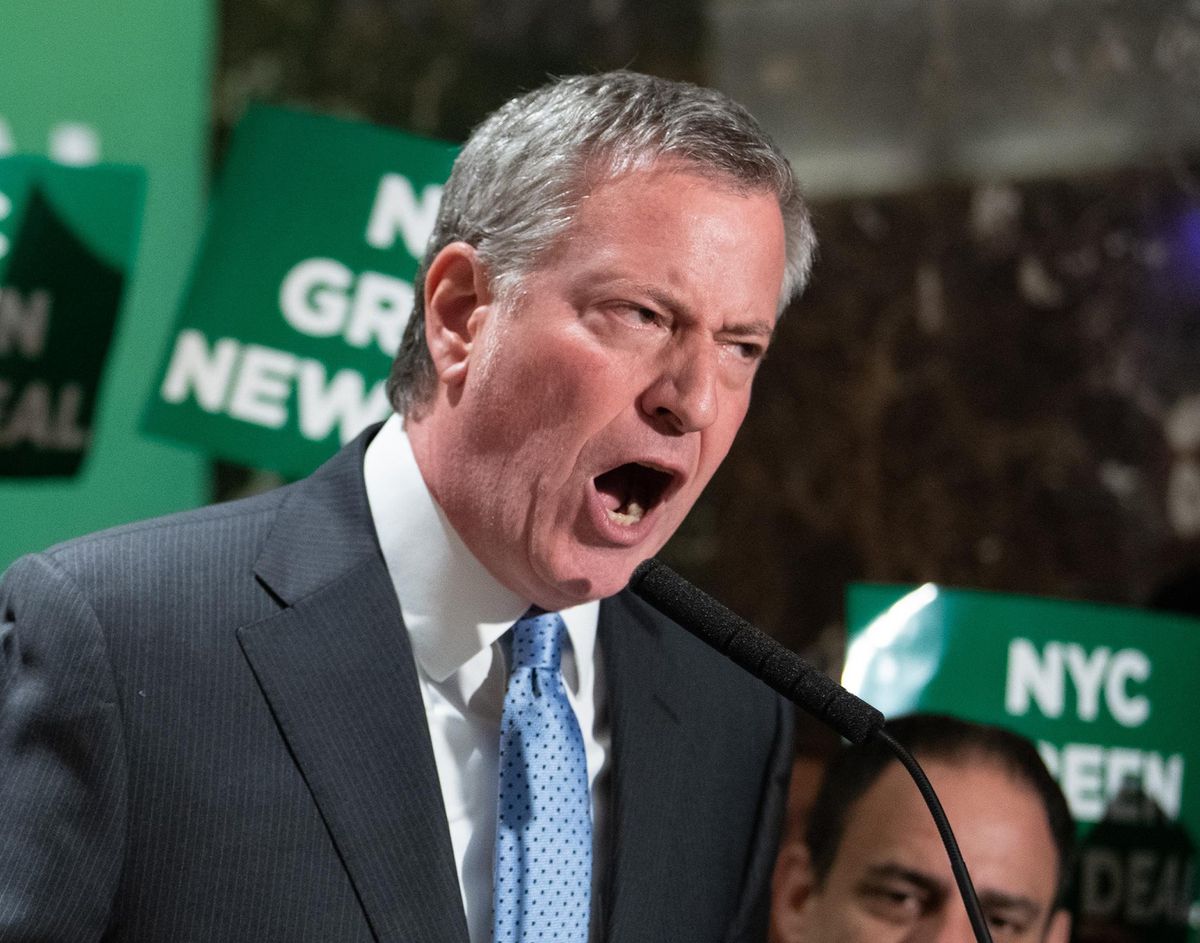 Mayor De Blasio has turned his back on his duty to the people of his city, and instead chose the path of many far-left Democratic leaders…. greed, deceit, destruction, and lies to cover it all up.

The police have had it with him. Now the teachers of New York are speaking up with their votes! New York City’s school-principals union has made their demand, and that demand is that Mayor Bill De Blasio and Chancellor Richard Carranza abdicate their control of the school system to the state. This comes after the failure to handle COVID-19 successfully, and causing greater sufferage to the citizens of their city.

This vote comes in with a wave of upheaval throughout the city over the Mayor’s failure to provide support for the city’s embattled public schools amid COVID-19. Schools are just two days out from their scheduled start of in-classroom learning.

The Council of School Supervisors and Administrators are set on taking the steps necessary to seek state intervention. There are more than 200 elementary-school principals who are still hurting for teachers and are short for as many as 1,200 teachers. These teachers are necessary for onsite instruction to even begin as scheduled this coming Tuesday.

The union claims the staff crisis is receiving no attention from those whose job it is to remedy the problem and instead district higher-ups have only pushed principals to lie and cover it up leading to further upheaval in the system.

One day before NYC’s phased reopening of in-person learning, the union representing over 6,400 of New York City’s school leaders declared a unanimous vote of “No Confidence” for Mayor Bill de Blasio and Chancellor Richard Carranza due to their “failure to lead New York City through the safe and successful reopening of schools.”

New York has been hit with a wave of trial as a result of BAD leadership.

The ongoing war between President Trump and Governor Cuomo of NY has heated up recently. The President has repeatedly attacked Democratic mayors and governors for not being tough enough on so-called anti-racism demonstrations which have grown into violent protests filled with riots, looting, fires, destruction, injury and in too many cases– death. This turmoil has rocked the country since the death of George Floyd.

In the beginning of September, after months of Democrat Governor’s inaction toward lawlessness in their states, President Trump released the following official memo from the White House:

“To ensure that Federal funds are neither unduly wasted nor spent in a manner that directly violates our Government’s promise to protect life, liberty, and property, it is imperative that the Federal Government review the use of Federal funds by jurisdictions that permit anarchy, violence, and destruction in America’s cities. My Administration will not allow federal tax dollars to fund cities that allow themselves to deteriorate into lawless zones.”

This memo instructed Attorney General William Barr to look into jurisdictions that have “permitted violence and the destruction of property to persist and have refused to undertake reasonable measures.”

Being one of those leaders of a lawless state, New York Governor Andrew Cuomo, immediately rebuked President Trump over his threat in an emergency press conference. At a press conference, he criticized the president for refusing to approve or fund the governor’s projects. This future funding included a proposed AirTrain to LaGuardia Airport, an extension of the Second Avenue subway line and failing to provide more federal coronavirus aid for the state and city. Cuomo then issued the following warning that some are calling a direct threat to the President:

‘He can’t have enough bodyguards to walk through New York City. Forget bodyguards, he better have an army if he thinks he’s going to walk down the streets in New York.’

Afraid of the backlash to such an aggressive statement, Andrew Cuomo later clarified that he did not literally mean Trump would need additional protection, but rather, that he was not welcomed in his hometown.

“And Jon, when my comment about the president’s bodyguards in New York City … all I’m saying is that he is persona non grata in New York City. I think he knows that, and he’ll never come back to New York because New Yorkers will never forget how gratuitously mean he has been to New Yorkers and how many times he has tried to kill the city that gave him his start and that birthed him. That’s what I meant about the bodyguards.”

In full Trump style, he ignored the threat but instead tried to keep Cuomo on task regarding the chaos in his own state by tweeting:

Governors Andrew Cuomo of New York has the worst record on death and China Virus. 11,000 people alone died in Nursing Homes because of his incompetence!

New York City must stop the Shutdown now. The Governor & Mayor are destroying the place!