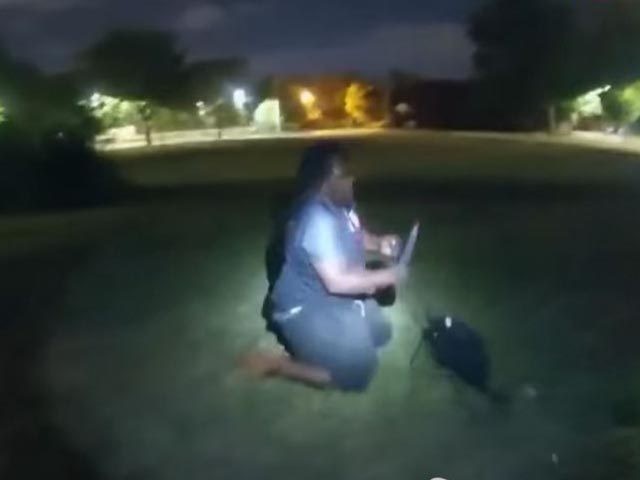 Video has been released on an incident that occurred on September 5, 2020 in Chicago, Illinois. The footage shows a suspect allegedly stabbing a police officer continuously with a butcher knife before other officers shot and killed the suspect.

The Chicago Sun-Times reported that police officers converged the suspect at a park following an early morning report of a stabbing. The suspect is 34 year old Shaon Jermy Ochea Warner. The police officers warned Warner and ordered him to drop the knife several times, he refused to comply. He then started to approach the female officer while ignoring her warnings, at this point he was tased by the female police officer and fell to the ground with the knife still clutched in his hand.

Warner was only on the ground for a few moments before he got back up and allegedly charged the female police sergeant and started to stab her multiple times with a butcher knife.

ABC 7 reported that “Warner appears to thrust the knife towards the sergeant’s abdomen, and the officers fire multiple shots at him.” Warner then fell again to the ground and was pronounced dead at the scene.

The Civilian Office of Police Accountability (COPA) is investigating the officer’s response to Warner. COPA says the “investigation into the officer’s actions, including use of deadly force, is in its early stages and will determine if the actions of the officers are in accordance with Department policy and training.”

The knife-wielding man, identified as 34-year-old Shaon Jermy Ochea Warner, was pronounced dead at the scene. Early reports indicate officers from the 8th District responded to the area in search of a suspect believed to have stabbed an individual. Officers located an individual matching the description in Vittum Park and repeatedly gave commands to drop the knife.

Officers deployed a Taser to subdue the individual temporarily to no avail. The individual then attacked one of the officers, and proceeded to stab her numerous times. Two officers fired their weapons, fatally wounding the individual. The officer who was stabbed was wearing a protective ballistic vest and not seriously injured. COPA’s investigation into the officer’s actions, including use of deadly force, is in its early stages and will determine if the actions of the officers are in accordance with Department policy and training.

There have been growing violent attacks on police officers since the verdict of the Breonna Taylor case.

Two Louisville police officers were shot just hours after the verdict was made while policing the unrest in the streets of the city.

Praying for the two police officers that were shot tonight in Louisville, Kentucky. The Federal Government stands behind you and is ready to help. Spoke to @GovAndyBeshear and we are prepared to work together, immediately upon request!

The incident happened shortly after the Kentucky grand jury brought no murder charges against the police officers who were at the scene of Taylor’s death. Brett Hankison, one of the police officers involved in the case was indicted for wanton endangerment. He blindly fired 10 shots into Taylor’s apartment after one of his colleagues was shot in the leg by Taylor’s boyfriend. There are future potential violations of federal law in connection with the raid that are presently being investigated by the FBI.