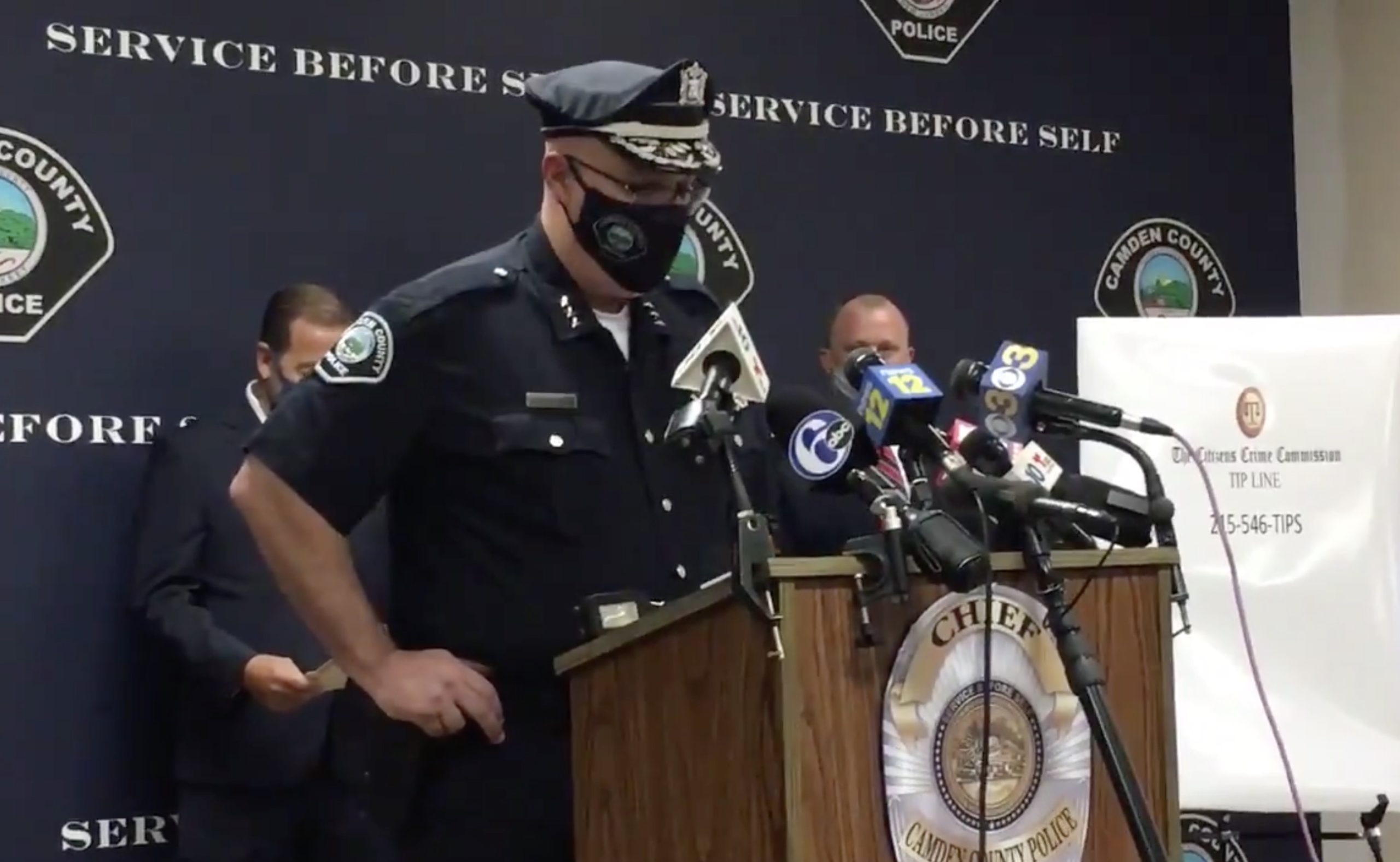 The authorities in New Jersey are on the search for three suspects who allegedly opened fire on the home of two police officers and their newborn baby. The home of these two Camden County, New Jersey police officers was struck six times by the shooter’s bullets, seven shell cases were found on scene. Two of the six rounds shot in through the front door into the home. Both police officers and their 10-day old baby were inside the home at the time of the shooting, which took place around 11:45 p.m. on Tuesday night.

Authorities do believe that this was a targeted attack and are asking for the public’s help in bringing the suspects in for justice.

“It hurts…I have 400 officers out there. Everybody’s hurt at this point,” Wysocki said, according to TAP Into Camden. There’s a lot of anxiety. We see what’s going on around the country. There are great residents here in the city. I’m not going to let [the shooters] change what is going on here in Camden.”

“I do know that this was a targeted attack against this residence and the officers inside,” he said.

Thankfully, both officers and their baby are safe and there were no injuries during the attack, at this time both police officers remain on leave.

Police said a Honda Odyssey that was likely stolen, pulled up to the home and opened fire with the entire family inside. The vehicle was recovered by authorities Thursday night with temporary paper tags that they believe were used by the suspects.

Authorities are on the search for anyone who can offer information to help identify the owner of the vehicle.

“It’s critical for us to speak to the owner, the occupants or friends of anybody that operates this vehicle,” Wysocki said at his press conference.

New Jersey authorities are asking for the pubic to assist in apprehending the suspects and have place a reward in the amount of $20,000 for it.

“I want to send a clear message to the scumbag thugs behind this senseless act. We’re coming to get you,” said Camden County Freeholder Louis Capelli, according to WCAU-TV.

Both officers were born and raised in Camden, New Jersey. One has been on the force for more than four years, while the other for more than two years. The names of these police officers have not been released by the authorities yet.

What are your thoughts of this attack on our first responders? Let us know in the comments below!