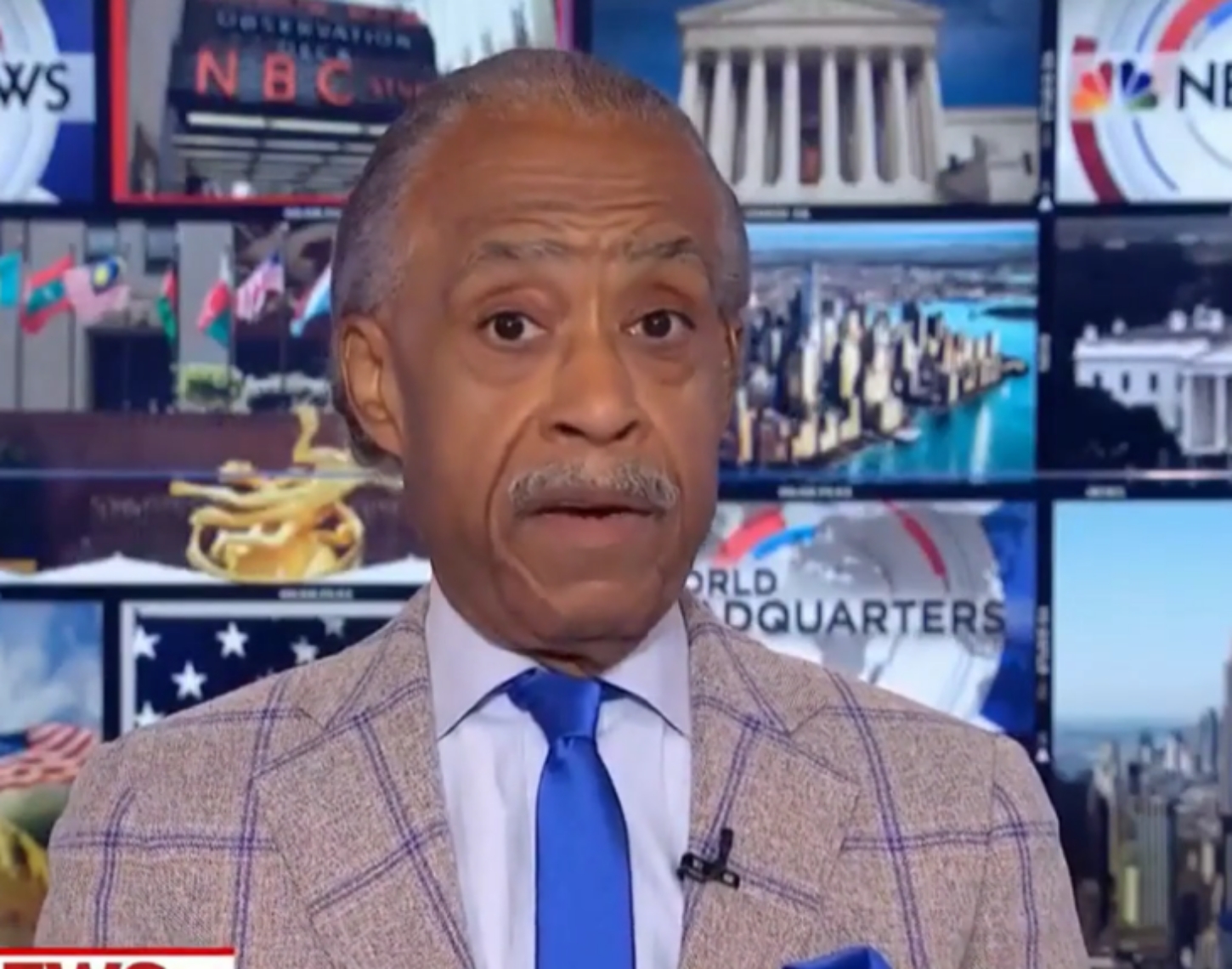 I was thrilled that President Trump nominated a constitutional originalist in the mold of the late Justice Antonin Scalia – Judge Amy Coney Barrett was nominated for the Supreme Court yesterday. It wasn’t long before the left really started attacking her and smearing her family as well. MSNBC host Rev. Al Sharpton stated that the audience for Barrett’s nomination ceremony at the White House “was the least diverse audience” he’s seen for such an announcement and remarked that “I was glad her two kids did come out. Because I couldn’t find too many other people of color in that audience.” That was a cheap shot befitting the depraved likes of Al Sharpton. It was uncalled for and blatantly untrue.

Sharpton went on to say, “It is almost offensive for him [President Donald Trump] to brag about her adopting children from Haiti, which is certainly honorable. He called Haiti an s-hole country. So, he’s sitting there with the height of hypocrisy, in terms of his own rhetoric in the past.” First off, that is a lie and the only hypocrite I see here is the Rev. Al Sharpton. He’s a criminal and a tax dodger, so consider the source. He’s also a racist and an anti-Semite himself.

Sharpton had a list of complaints about the Barrett nomination… no surprise there. The left rolled out their coordinated talking points right on schedule. Sharpton stated, “So, there’s a lot of reasons for us to be concerned. Not to mention, that that was the least diverse audience I’ve ever seen an announcement like this made [in front of] in my life. I looked around. I was glad her two kids did come out. Because I couldn’t find too many other people of color in that audience.”

Sharpton hates Barret because she’s a white, Christian, pro-life, Republican woman who has a spotless record. He’s terrified of her. He should be. There’s no way for the left to stop her confirmation now and she will turn the SCOTUS conservative for a generation or more. Good times.

As the Washington Examiner succinctly put it, “Come for the tokenizing of Barrett’s adopted children. Stay for Sharpton’s tortured pronunciation of the name “Antonin.” Too true.

Sharpton on Thursday said that by filling the Supreme Court vacancy left by the late Justice Ruth Bader Ginsburg, President Donald Trump was attempting to “guarantee … his re-election” in a “coup.”

Sharpton said confirmation of Trump’s nominee to the court would “checkmate American democracy.”

“In effect this president has therefore not only violated the whole procedure they had set up in 2016 against Justice [Merrick] Garland, nominated by President Obama, he has in fact put in place how he can checkmate American democracy by putting in a judge that will guarantee, if proceedings go through the courts up to the Supreme Court, his reelection,” he continued.

“And for [Trump] to be able to checkmate American democracy is, in fact, a coup rather than an election,” Sharpton added.

Uh no. It was the left that attempted a coup against Trump and failed. It is the left who is now attempting to form a color revolution in our streets and overthrow the government. All the violence and unrest comes from leftists, not Trump.

Sharpton demanded that Senate Republicans insist that whomever Trump nominates to the Supreme Court, if they are confirmed, recuse themselves in the event a contested election goes to court. That’s because originally the Democrats planned to win the election by stealing it through the Supreme Court. Barrett’s nomination and confirmation nix that plan. Now, they’ll focus on their color revolution using useful idiots to carry it out in the streets. Desperation breeds violence.

It’s rich having Sharpton comment at all on Barrett and her children. Excuse me if I discount the one-note samba of a notorious race-baiter and Marxist.