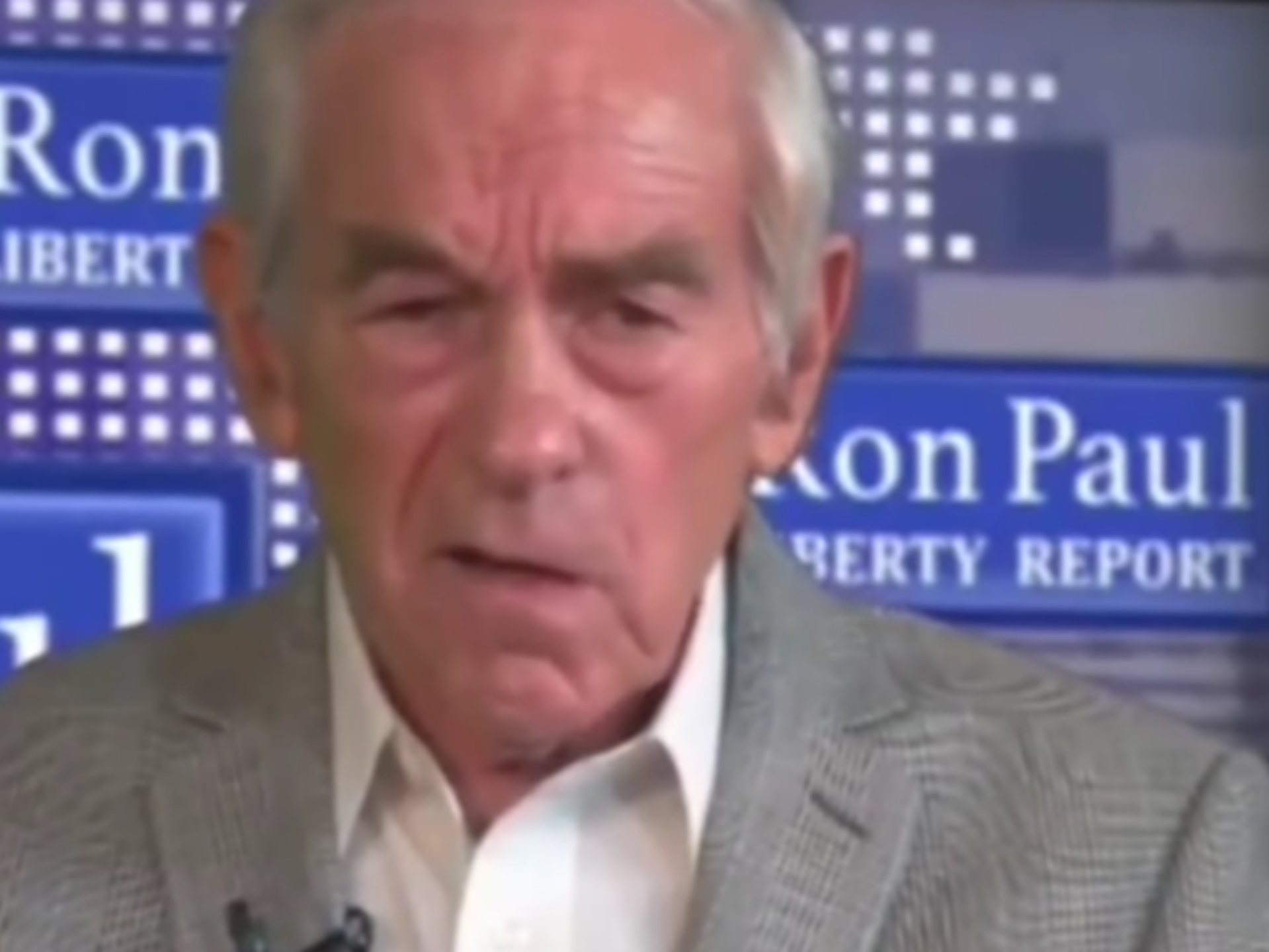 Ron Paul, a Libertarian legend and the father of Senator Rand Paul of Kentucky, was hospitalized today after what appeared to be an apparent stroke during a livestream event on his YouTube channel. Paul is 85 but has always appeared to be in good health until this unexpected medical incident. It occurred during his segment on federal stimulus money. His speech began to slur and he struggled to keep speaking. The broadcast was cut short.

Paul was immediately hospitalized in Texas as a precautionary measure. Although a stroke is suspected, Paul was bright-eyed, lucid, and optimistic.

This afternoon he even tweeted an update on his condition to his followers:

Message from Ron Paul: "I am doing fine. Thank you for your concern." pic.twitter.com/aALmLn8xIj

“I am doing fine,” Paul said in a later statement posted to his Twitter account, along with an image of him in a hospital bed. “Thank you for your concern.”

The former obstetrician was first elected to represent Texas in 1976 in a special election. Ron Paul served as a Texas congressman for 23 years over a 36-year period and made three unsuccessful bids to become president. Once in 1988 as a Libertarian and twice in 2008 and 2012 as a Republican. He is immensely popular and many were shocked to hear this had happened. He has stayed active in politics.

His son, Kentucky Sen. Rand Paul, did not immediately respond to a Fox News’ request for comment. But he later tweeted that his father was doing “well.”

“Thank God, Dad is doing well,” he tweeted. “Thank you all for your prayers.”

Thank God, Dad is doing well. Thank you for all your prayers today. https://t.co/xNXUa6Pnq4

Paul is a vociferous and ardent supporter of limited government and individual liberty. He infamously voted against any piece of legislation that he believed was not expressly authorized by the Constitution. The Washington Post noted in 2011, two years before he retired, that it took him 482 shots for a bill he authored to be signed into law. (The law granted the sale of a Galveston customhouse). Paul is the very epitome of a conservative constitutionalist.

It is yet to be seen what effect this episode will have on the elder statesman. His son, Rand Paul, is refusing interviews for the moment so we will have to wait and see. All indications are that Ron Paul will be fine and was not adversely affected by the medical incident but strokes are tricky things.

Many lawmakers were quick to voice their concerns and send their best thoughts and prayers to Paul. There was a huge outpouring of support for him.

“Praying for former congressman and presidential candidate @RonPaul who has been hospitalized,” Rep. Mo Brooks, R-Ala., tweeted. “He’s a patriot and a fighter.”

Praying for former congressman and presidential candidate @RonPaul who has been hospitalized. He’s a patriot and a fighter. https://t.co/VVL1VPpRE9

Prayers for @RonPaul. May God watch over him and his family.

Prayers up for Dr. Ron Paul, @RandPaul, and the whole family. Godspeed.

“Heidi & I are lifting up in prayer @RonPaul and @RandPaul and their family,” Senator Ted Cruz tweeted. “For many decades, he has been an extraordinary warrior for Liberty. May God’s healing hand be upon Dr. Paul, and may God’s Peace and Grace be upon the entire family.”

Heidi & I are lifting up in prayer @RonPaul and @RandPaul and their family. For many decades, he has been an extraordinary warrior for Liberty.

May God’s healing hand be upon Dr. Paul, and may God’s Peace and Grace be upon the entire family. https://t.co/vifNtjTsJv

It is expected that there will be updates on Ron Paul’s condition and whether he will be discharged tomorrow or not.