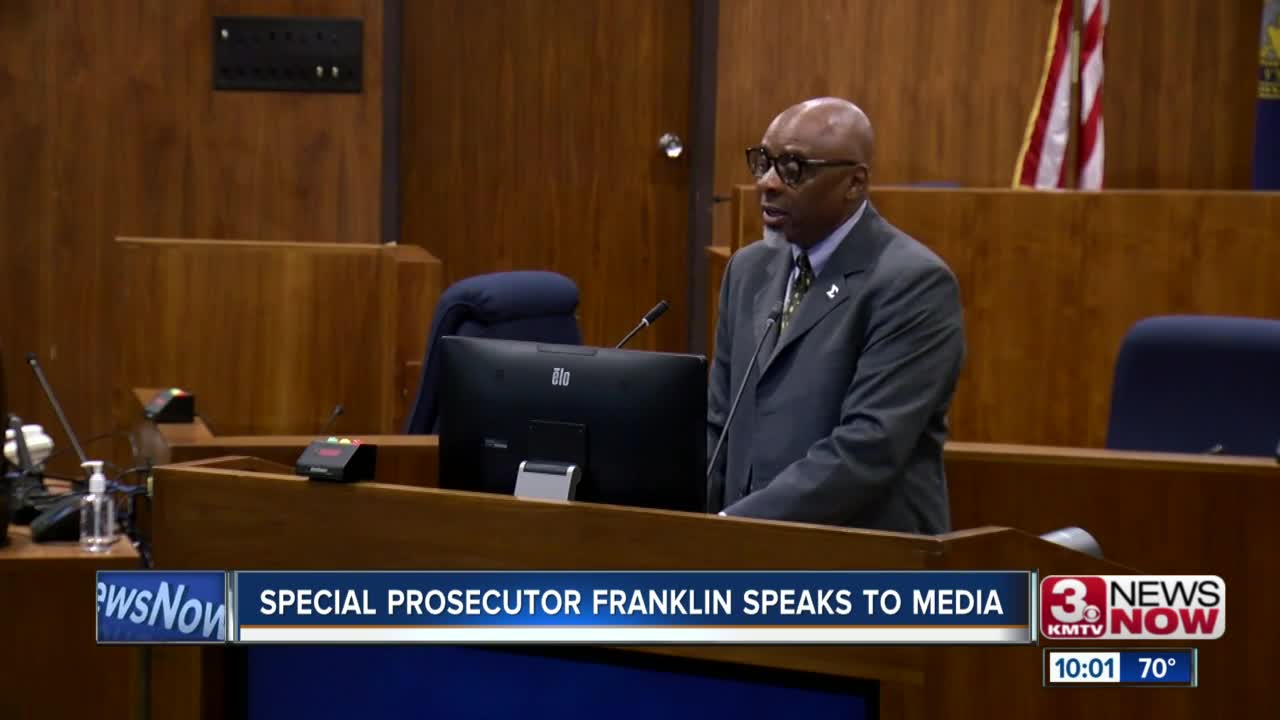 Franklin went on to say that the day before the shooting, Trump tweeted the following:

Franklin went on to say that text messages were found, to and from Gardner that had references to looters and “how they could be dealt with”.

Obviously Franklin is really stretching here, and it shows. Since when is it wrong to consider ways that you could protect yourself, when the world Gardner lived in was filled with violent rioters in the streets taking what they wanted and not caring who they had to hurt to get it?

It gets worse though. Franklin even went as far as to suggest that Gardner was “philosophically opposed” to the reason why there were protests in the first place. Apparently, to Franklin this means, if you don’t support the reason for a protest you have no right to defend yourself.

“Jake and others sat inside the Hive, with the lights off, and vandals and people engaged in destroying did just that,” he said. “But one thing they did not do…there was not a single attempt to go inside the property.”

So Franklin admitted to the rioters being violent smashing windows and vandalizing the bar, but all those facts took backseat to the agenda he had to justify himself. He went on to claim that the very act of Gardner being at his business, with the lights off, was Gardner planning an ambush.

In his words he said:

“Jake Gardner had set up an ambush inside his business, waiting on a looter to come in so he could ‘light him up.’”

I know that is hard to hear because of how wrong it is.

This complicated story began on May 30, when Gardner was confronted outside Gardner’s Hive bar and attacked by a Black Lives Matter mob during protests in the Old Market neighborhood. After being knocked to the ground, Gardner fired two warning shots in an attempt to rise to his feet. A scuffle then broke out with 22-year-old James Scurlock before Gardner shot Scurlock dead. The black rioter had been breaking windows to Gardner’s bar and other neighboring businesses.

According to reports Gardner killed himself near Portland, the city ravaged by over 100 days of civil unrest.

Gardner was originally indicted by a grand jury on counts of manslaughter, use of a firearm in the commission of a felony, attempted first-degree assault, and terrorist threats. Douglas County District Attorney Don Kleine originally ruled the case an act of self-defense and decided not to pursue charges.

District Judge James Gleason then signed off on an arrest warrant affidavit on Friday spelled out by retired Omaha Police Detective Jeff Gassaway, one of the investigators.

Gardner was revealed to be a soft-spoken volunteer for Trump’s campaign as he sported a Trump-Pence sweater and donned a “Make America Great Again” vest on his dog as seen in a 2017 video at President Donald Trump’s inauguration.

Does this man sound like anything Franklin is painting him to be?

I’ll answer that for you.