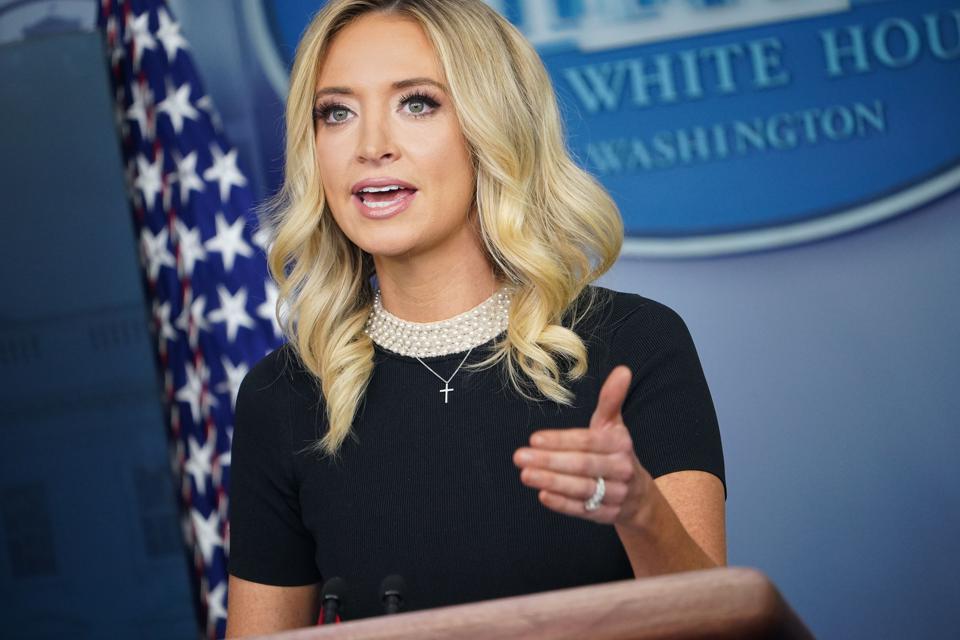 BOOM! Earlier FOX News reporter John Roberts asked White House Press Secretary Kayleigh McEnany if Trump would denounce white supremacists and she replied with the right answer, full of evidence, dates, times, days all the information he could possibly need to know that YES the President has denounced it, SEVERAL TIMES!

But that wasn’t enough… John Roberts starts to get all huffy and puffy as if he was being ignored and asked her the same question two more time refusing to remain silent and listen to her answer. Again, she gave him all the data and told him if he would like it in writing she will send it to him in an email…

Check it out here:

The media are so desperate to paint @realDonaldTrump as a "white supremacist," it seems they are just going to ask the same question every day until the election.@PressSec handled these biased, agenda-driven "reporters" like a champ. pic.twitter.com/Qd6si1yPqh

After the crazy fiasco he caused conservatives went to Twitter and hammered Roberts for his strange outburst in the White House, he clearly got the answer from Kayleigh but he just refused to accept it because it wasn’t the answer he wanted and Plan B was to throw a fit claiming she was dodging the question!?

After conervatives questioned him, he got upset again..and triggered John Roberts threw a fit. He went to FOX News and lashed out at anyone who didn’t agree with him.

“For all of you on Twitter who are hammering me for … asking that question: I don’t care,” Roberts told Fox News’ Melissa Francis on-air after the briefing. “Because it’s a question that needs to be asked. And clearly, the president’s Republican colleagues … are looking for an answer, too.”

“So stop deflecting,” he added, visibly frustrated. “Stop blaming the media. I’m tired of it.”

Watch this.. it’s insane! Who does he think he is!?

Really a sad state of affairs when the White House @PressSec can't offer a clear and direct answer to this question. https://t.co/NR09BrEMAL

President Trump has faced backlash with the left claiming he refused to condemn white supremacy during the first 2020 presidential debate on Tuesday. Debate moderator Chris Wallace of Fox News asked the President if he was willing to denounce “white supremacists and militia group” and tell them to “stand down” in places like Wisconsin, Portland, and other cities where LEFTISTS are claiming that there are heavily armed far-right extremists showing up to anti-racism demonstrations as counterprotesters.

To which the President responded:

“Sure, I’m willing to do that,” Trump responded, “but I would say almost everything I see is from the left wing, not from the right wing.”

Fast forward to the White House briefing earlier today and Roberts continuing to press White House Press Secretary Kayleigh McEnany for an answer even AFTER she gave me a very detailed answer with backing evidence.

He wouldn’t take her answer and infact had the audacity to claim the White House refused to give an answer.

But Roberts continued to press her: “Can you right now denounce white supremacy and the group that espouses it?”

“I just did,” McEnany said. “The president has denounced white supremacy, the KKK and hate groups in all forms. … His record on this is unmistakable.”

Roberts asked McEnany — three times — whether the president denounced white supremacy, and appeared not to accept yes for an answer.

.@johnrobertsFox I would refer you to your wife’s reporting from 21 hours ago… accurate reporting I cited in the White House Press Briefing. https://t.co/dV3Hzp1UaI