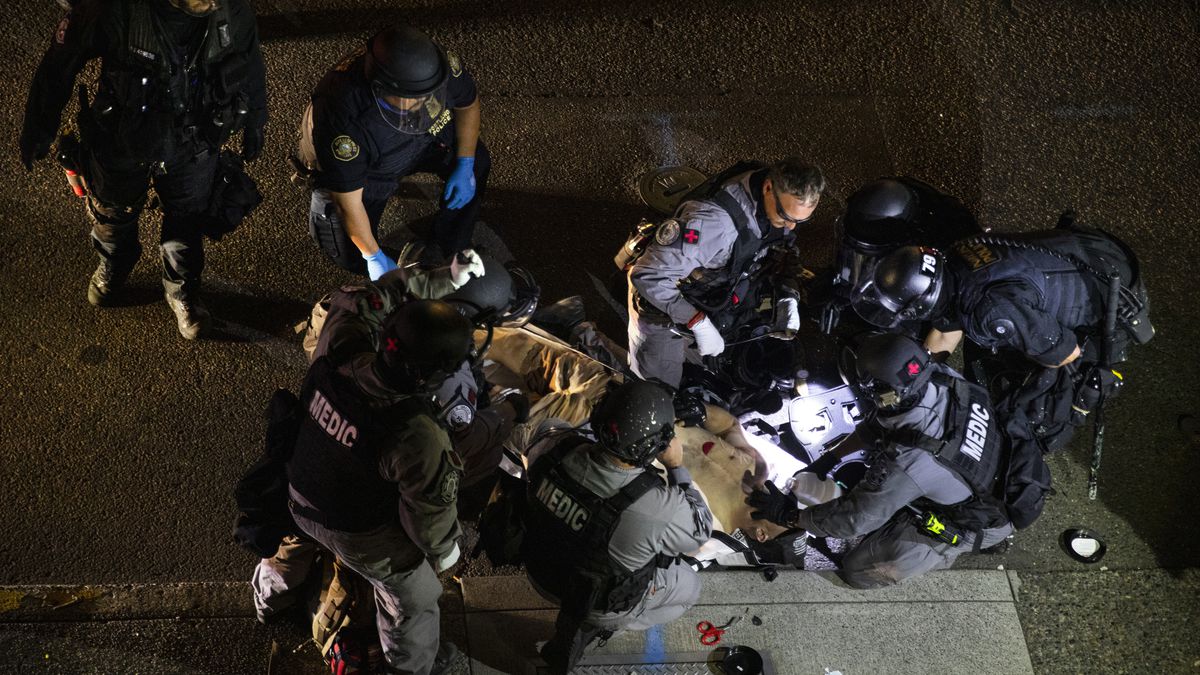 Just a few weeks ago in downtown Portland, Trump suporters gathered in the hundreds to have a peaceful vehicle parade in honor of President Trump. There was great opposition from people that were there to ruin the vehicle parade, and many of the vehicles were attacked by protesters, and those that have been rioting in the streets of Portland since the death of George Floyd.

Later that same night, a Trump supporting man was shot and killed as the caravan made its’ way through the streets.

Now a TV published video has been released of a Portland woman being interviewed about the incident of this cold-blooded murder.

This woman pretty much says it all. These people just want you dead. pic.twitter.com/ZjTZ0gLJzc

Portland has been suffering from nightly protest for more than three months now, since the police killing of Floyd in Minneapolis. Most of these protests are not peaceful and end in rioting, looting, and violence. Now a man has been shot and killed and the reaction to this cold-blooded murder from this woman has set Twitter ablaze…

Here are some of the responses to the video:

It's time to just wall off Portland. I don't know how you can come back from this when the entire city thinks this way.

They’ve always wanted us dead—they are just willing to admit it now. Brace for November, it’s going to get lit.

WOW. I've never seen the level of cold hearted hatred of human beings as I l've witnessed since Trump ran for president. It was probably always there, but it's been unleashed by the left as a weapon. Make no mistake, they created these people & now even they can't control them.

I live outside of Portland. They’ve enjoyed political hegemony for so long it’s become the air they breathe. I’ve always lived behind enemy lines and the unmitigated gall they have is truly astonishing. This clip comes as no surprise.

Omg so hateful and vile! What an evil thing to say! ?

The tolerant leftist in America basically in a nutshell.

Yea. The party of love and peace. pic.twitter.com/WwhMHILvxa

When you have a mayor who is willing to surrender parts of their city to rioters, and label them ‘peaceful protesters’, lawlessness is what that mayor is endorsing. The chaos of bad leadership in Portland is consuming the city and nothing good will come from that.

Anarchists are defacing, vandalizing, and attempting to burn down even federal buildings, and they appear to be doing so without any fear of consequence.

Protesting should never be a free ticket to anarchy.

What are your thoughts on what is happening in Portland, OR? Let us know in the comment section below!