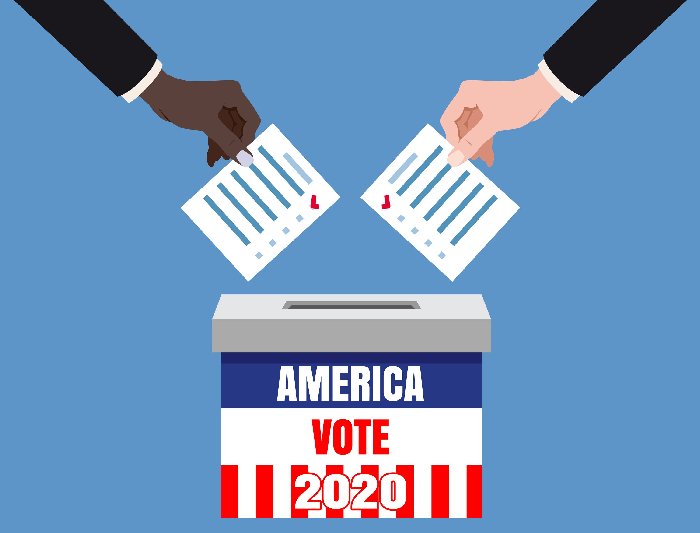 When the news came out the viciousness on social media began. It was disgusting but predictable. The Bidens sent their ‘thoughts’ to the Trumps but not their prayers. And of course, the media was all over this drooling because of the bad news for the White House and America. Leading the rabid pack was the New York Times:

NYT: "Even if Mr. Trump, 74, remains asymptomatic, he will have to withdraw from the campaign trail and stay isolated in the White House for an unknown period of time. If he becomes sick, it could raise questions about whether he should remain on the ballot at all."

They posited whether President Trump should even stay on the 2020 election ballot following his positive coronavirus test. While that may be a daydream of these Marxists, it will never happen. As I understand it, Melania is showing mild signs of the virus and President Trump has now gone to Walter Reed for a few days out of an abundance of caution. But he’s fine and this should pass very quickly. 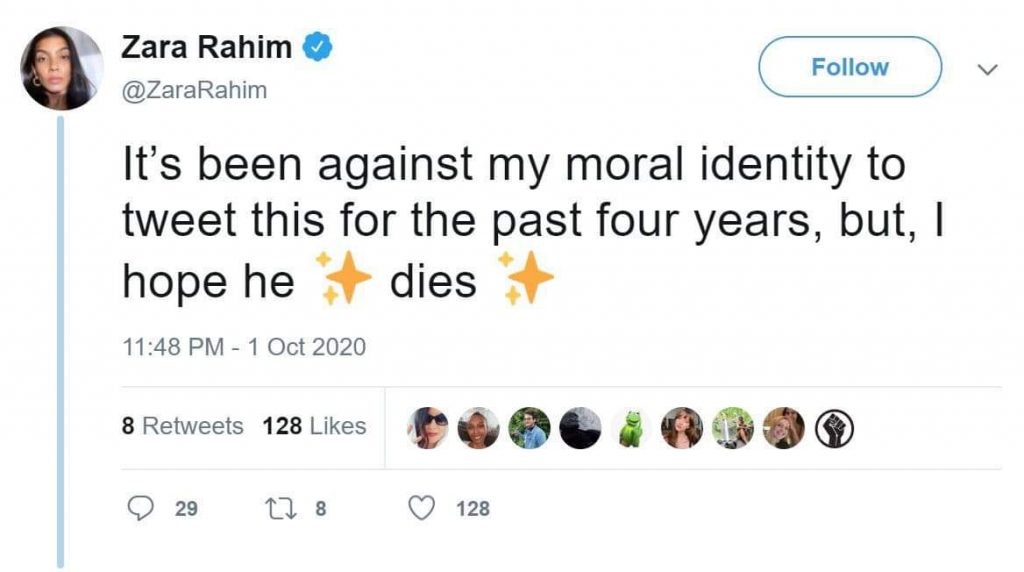 A number of critics did send well-wishes to President Trump, but there were a whole bunch that rejoiced at the news hoping with all their dark little hearts that the Trumps would die from the virus. Michael Moore even put out there that Trump might not really be sick and that this was for sympathy. Get real. No one wants this virus or the stigma attached to it.

“If he becomes sick, it could raise questions about whether he should remain on the ballot at all,” Times reporters Peter Baker and Maggie Haberman wrote after noting that Trump’s positive test throws “the nation’s leadership into uncertainty.” No, it doesn’t. Trump could literally campaign virtually and still beat the baggy pants off Biden. Rush Limbaugh even offered his audience for a virtual rally. These hacks even started accusing Trump of spreading the virus on purpose: “Trump went ahead with his New Jersey fund-raiser after Hope Hicks tested positive.”

No big deal. Just The New York Times openly wondering if (read: rooting for) Trump should QUIT the election and thus preemptively concede to Joe Biden.

And yet, the national press don't want to be called the enemy of the people. pic.twitter.com/loY3Id4uG2

NewsBusters Managing Editor Curtis Houck nailed the New York Times for proposing that Trump concede to Joe Biden because he has the sniffles. Ridiculous. Houck is so right… the national media IS the enemy of the people and has been for a long time now:

“No big deal. Just The New York Times openly wondering if (read: rooting for) Trump should QUIT the election and thus preemptively concede to Joe Biden,” Houck wrote. “And yet, the national press don’t want to be called the enemy of the people.”

The New York Times has not said much about this and the tweet is still out there. That tells you everything you need to know right there.

Others on Twitter had a say on this latest stunt by the ever-biased New York Times:

Remain on the ballot at all? WOW

No, he will not quit. I think the New York Times rag should close their doors forever. https://t.co/T4wyp3kira

Unbelievable. The lengths the Left will go to steal an election. https://t.co/54mXkwTg9B

It sure didn’t take long for the left to advise that Trump should concede. It happened in less than 12 hours and the leftist media was demanding that Trump give it all to Marxist Biden. It’s never going to happen. As John Hawkins put it, “Joe Biden has dementia and he’s still on the ballot. Not sure why Corona would stop Trump.” Excellent point.