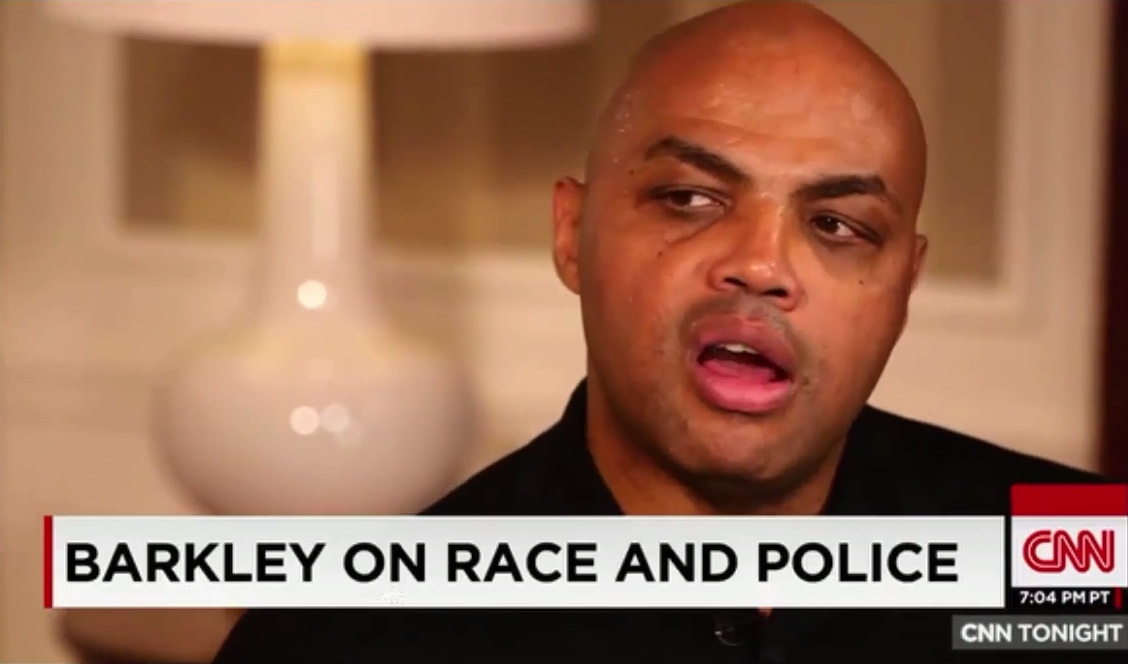 Charles Barkley, NBA legend and larger than life analyst on ‘Inside The NBA’ has never been afraid to voice his truth and opinion. No matter what odds were against him, he has always remained true to his values and was never a bandwagon jumper. There are many times in the past that he has caught a lot of hate and it has never stopped him from speaking out.

Thursday night was no differnt.

On TNT’s “Inside the NBA” Barkley talked about his thoughts on the “Defend The Police” chaos going around. He said on national tv that he does not agree with the calls to defund the police in the wake of social injustice issues and reported police abuse. He shared that he does strongly agree with the importance of system reform.

The violence of ANTIFA and BLM out on the streets in mostly Democratic states of America has become even more heated since the Louisville grand jury Breonna verdict has been released. It’s been a high profile controversial case and many superstar athletes have joined in to voice their opinions on the case. Names such as LeBron James, Colin Kaepernick, and Lewis Hamilton have made their disdane for police officers very clear.

Charles Barkley however, is singing a differnt tune and far from echoing their sentiment on these issues.

Barkley said that Taylor’s case is not like other respective cases such as George Floyd, and Ahmaud Arbery since Taylor’s boyfriend was the one who fired on the plain’clothes police officers who entered their home after announcing their presence, and therefore they should not be grouped together as such.

Charles Barkley says defunding police is a ridiculous idea. “Who are black people supposed to call? The Ghostbusters?” pic.twitter.com/LlJQfLzxUq

“I feel sad that this young lady lost her life. I think the no-knock warrant is something we need to get rid of across the board. But I am worried to lump all these situations in together.”

Now, Barkley’s comments have come under fire by those on the left that hate the logic of the law. Barkley is being dragged on social media by haters from the left. He is not alone either.

A Louisville Metro Police major had some words for the police officers in her division. After months of riots, violent protesters, ANTIFA mayhem, and many police departments learning that their city is falling to the pressure of demands and will throw them under the bus even if they are following all protocols… she knew many of them needed some breathing space.

Unfortunately, as soon as word got to the left, they TRIGGERED and now there is a wave of opposition headed straight for Maj. Bridget Hallahan and the left wants her job.

These were her alleged words:

I know it is hard to keep our thoughts and opinions to ourselves sometimes, especially when we, as a whole or as an individual, become the target of people in the public who criticize what we do without even knowing the facts. These ANTIFA and BLM people, especially the ones who just jumped on the bandwagon “yesterday” because they became “woke” (insert eye roll here), do not deserve a second glance or thought from us. Our little pinky toe nails have more character, morals, and ethics, than these punks have in their entire body. Do not stoop to their level. Do not respond to them. If we do, we only validate what they did. Don’t make them important, because they are not. They will be the ones washing our cars, cashing us out at the Walmart, or living in their parents’ basement playing COD for their entire life. If you need to bitch about it and get it off your chest, come to my office and we can vent together. We continue to have officers being doxed merely because people just don’t like being told what to do or what not to do by police. RTCC and CIC are very vigilant about watching for it. There is currently no recourse we have for incidents involving the doxing of officers or their families. What we can do is speak up against them and put the truth out there. Through the PIO office and the LMPD FB page. Through the PIO office and the LMPD FB page, we will come back at them on their own page to let them and everyone else know they are lying. We will print the facts. I will see to it. We have already taken care of one incident. I hope we never have to do it again. Just know I got your back.

Again, as with Barkley, the city is not after her job. She spoke truth, and just like Barkley she’s being unfairly treated. The left thinks it’s okay for them to feel and speak their mind, but heaven forbid if anyone else does that without thinking exactly the same way they do. NONSENSE!