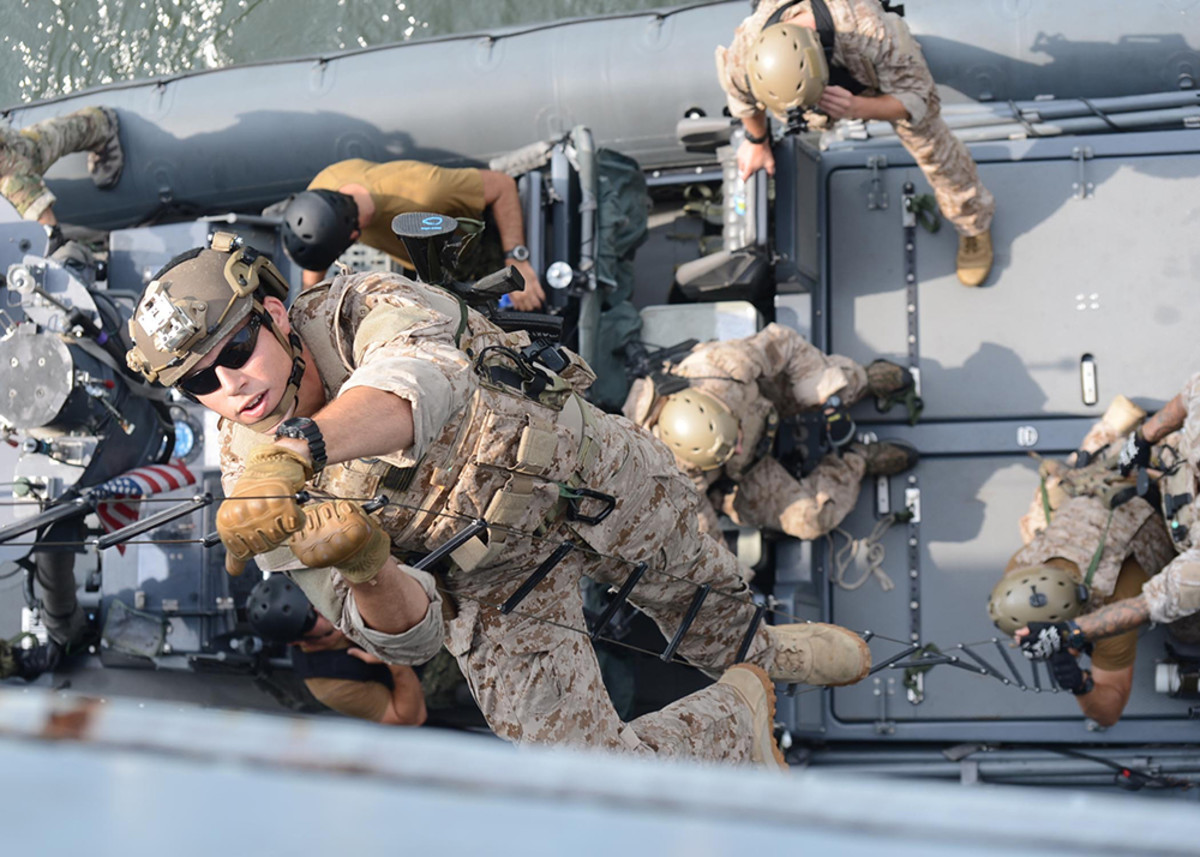 Elite levels of U.S. military are now giving in to “wokeness” and the Navy SEALS are making their move to become more gender-neutral. The U.S. Navy SEALS and the Navy Special Warfare Combat-craft Crewman are reportedly making some big changes to their creed statements. They will be removing any terms they deem seen as terms promoting masculinity such as “brotherhood”.

This move was prompted by changes in law that will allow women to join the elite military units, even though the fact is that no woman has ever met the qualifications.

“Naval Special Warfare continues to deliberately develop a culture of tactical and ethical excellence that reflects the nation we represent, and that draws upon the talents of the all-volunteer force who meet the standards of qualification as a SEAL or SWCC,” Lt. Cmdr. Matthew Stroup, a spokesman for Naval Special Warfare told American Military News.

“The previous versions of the SEAL Ethos and SWCC Creed were written prior to the law allowing women to serve as operators in Naval Special Warfare,” he continued.

“The changes do not in any way reflect lowering standards of entry, rather they ensure that all those who meet the requirements to train to become a SEAL or SWCC are represented in the ethos or creed they live out. This improves the posture of the NSW force by ensuring we draw from the greatest pool of talent available,” Stroup added.

“To date, no women completed the SEAL or SWCC qualification training pipelines,” he noted.

Retired SEAL Eddie Gallagher in a social media post last week noted the upcoming change. It is an August memo from the commander of the Naval Special Warfare Command, Rear Adm. Collin P. Green. Green who approved the changes stated that they were implementing them “to better reflect our ranks now and into the future”

What a joke. Note the names that signed off at the bottom. Adm. Colin Green (part of the hierarchy that tried to use the system to put me away)~ let’s remove all male pronouns & BROTHERHOOD from the SEAL ethos ? • • To be honest I thought the ethos was always BS. Now I know it is. A creed or ethos is supposed to be written in stone, obviously ours is not and will sway to whatever political agenda is being put out ?? #forgmanfriday

As reported by bizpacreview:

“What a joke,” Gallagher, who was accused of murdering an ISIS fighter in Syria but was cleared of all charges last year and pardoned by President Trump, wrote in the post on Instagram. “Note the names that signed off at the bottom. Adm. Colin Green (part of the hierarchy that tried to use the system to put me away)~ let’s remove all male pronouns & BROTHERHOOD from the SEAL ethos.”

“To be honest I thought the ethos was always BS,” Gallagher, who retired from the Navy, added. “Now I know it is. A creed or ethos is supposed to be written in stone, obviously ours is not and will sway to whatever political agenda is being put out.”

The official website for the Naval Special Warfare Command features the new SEAL ethos with the changed language from the original found in an archived version.

The phrase “I am that man” in the first paragraph was altered to “I am that warrior” and another change was made in the fourth paragraph.

“Brave men have fought and died building the proud tradition and feared reputation that I am bound to uphold,” the original wording in a final paragraph of the ethos read. In the new version, the term “Brave men” has been changed to “Brave SEALs.”

They also removed the term “Brotherhood” which has been replaced by this verbage:

“I challenge my brothers to perform, as I expect them to challenge me”

“I challenge them to perform, as I expect them to challenge me.”

Here are a few responses to the accouncement, found on social media. Take note that many of them are actually female.

“Only in the movies,” Dana Loesch responded to one Twitter user who pointed out the 1997 movie, “G.I. Jane” in which actress Demi Moore played a candidate in a new Navy SEALs program allowing women.

This just in… they are now also no longer “seals”, as to not offend any other mammals, so they will just now be

Oh come on! Give me a break!

That is so unnecessary

As a woman, I have never been offended at wording such as "brotherhood" or "mankind." Exactly how many women have been able to qualify to be Navy Seals? It's probably close to impossible due to body, strength and power differentials. I wish the seals would not have given in.