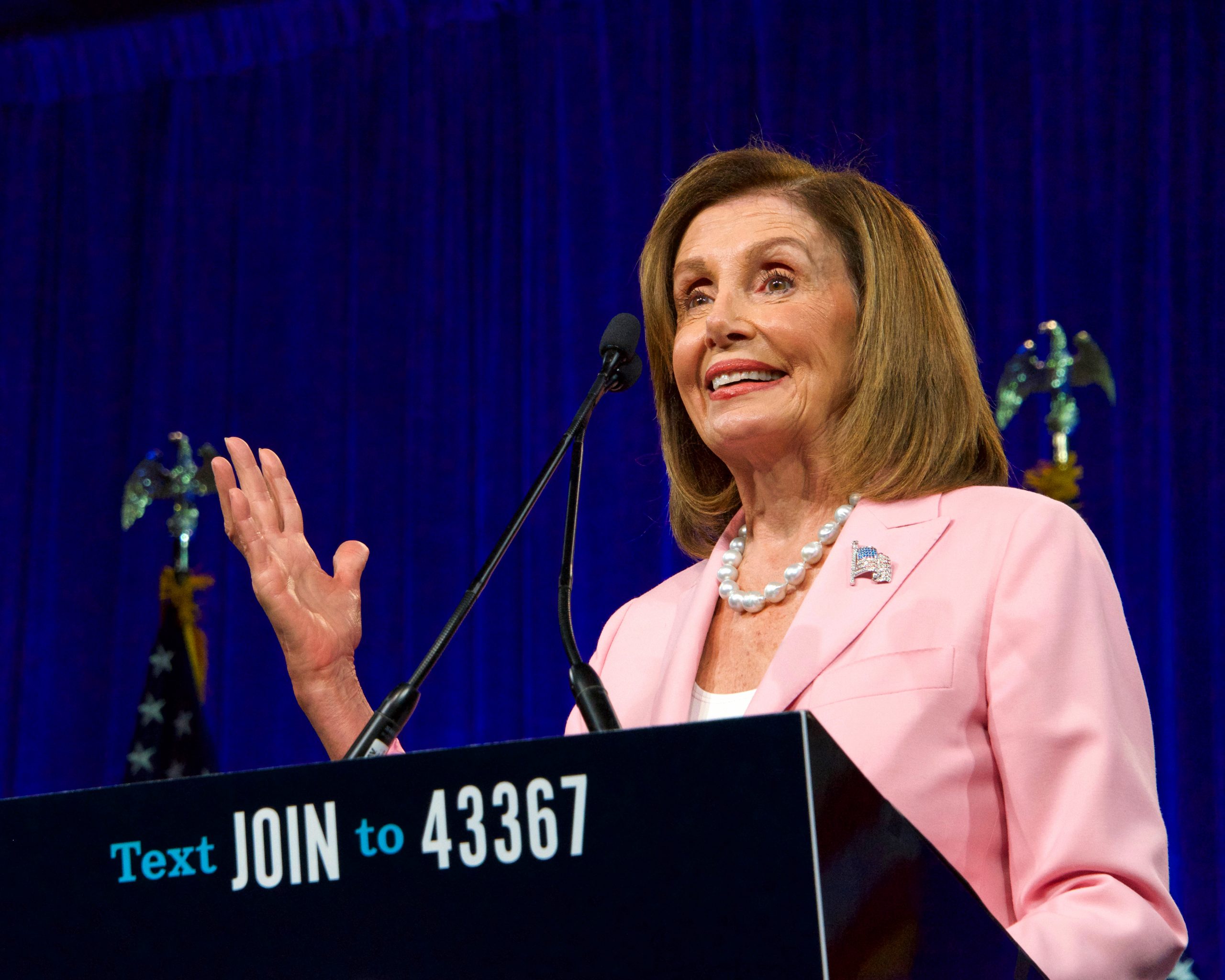 House Speaker Nancy Pelosi has come out with a shocking change of heart. She has explicitly condemned the violence that has been poisoning the streets of America through the rioters and months of their violent protesting in majority of the Democratic ran cities.

Here’s what she said:

“We support peaceful demonstrations. We participate in them. They are part of the essence of our democracy. That does not include looting, starting fires, or rioting. They should be prosecuted. That is lawlessness,” the speaker said on the House floor on Thursday:

This maybe a big sign that Democrats are taking a big whooping in the polls because of the waves of lawlessness taking hold of these Democratic cities. With House Speaker Nancy Pelosi all the sudden deciding to get up and denounce this unlawful behavior, we are left to assume something lit a fire under her you know what. For months Pelosi has been interfering with the truth and calling these violent rioters, peaceful protesters.

So what has changed her mind?

Speaker Pelosi: "We support peaceful demonstrations. We participate in them. They are part of the essence of our democracy. That does not include looting, starting fires, or rioting. They should be prosecuted. That is lawlessness." pic.twitter.com/Xq89RLR70f

“I’m very proud that Joe Biden has presented the clarity of that. Making a distinction that I don’t think our colleagues quite understand, but the American people do,” she continued, citing a poll which, she said, shows that Americans “support congressional Democrats over President Trump in terms of dealing with the issue of crime in our country, for all of their misrepresentations.”

For several months since the rioting and violent protesting began, Democrats on several levels have been questioned about their refusal to condemn what is wrong. As the streets of America were lined with burning buildings, and our police officers were being hunted, disregarded, and spit on by society’s scumbags, Democrats have been calling it all a “peaceful protest”. All while suporting and even echoing the call to abolish police, in support of Black Lives Matter protesters.

Just this past July Pelosi refused to condemn activists tearing down a statue of Christopher Columbus in Baltimore, saying ‘People will do what they do.”

So why the change of heart all the sudden? Could it be that polls are reflecting the frustration and anger of Americans being sick and tired of their cities going to garbage and none of their Democratic leaders stepping up to the plate to do their job in protecting their people?

Could it be that their orginal plan failed them and now they have to back track?

The San Francisco Democrat who once likened federal agents to “stormtroopers” rose on the House floor to give voice to an “important statement of our American values.”

It is possible that hearing Democratic nominee Joe Biden speak up against the rioting in an interview with CNN’s Don Lemon, was a warning shot to Democrats that their stand thus far on the subject is only awarding a negative impact in the polls.

“I’m very proud that Joe Biden has presented the clarity of that,” she said, going on to claim a new poll is showing “the American people support congressional Democrats over President Trump in terms of dealing with the issue of crime in our country for all of their misrepresentations.”

Let us know what you think about this in the comment section below!