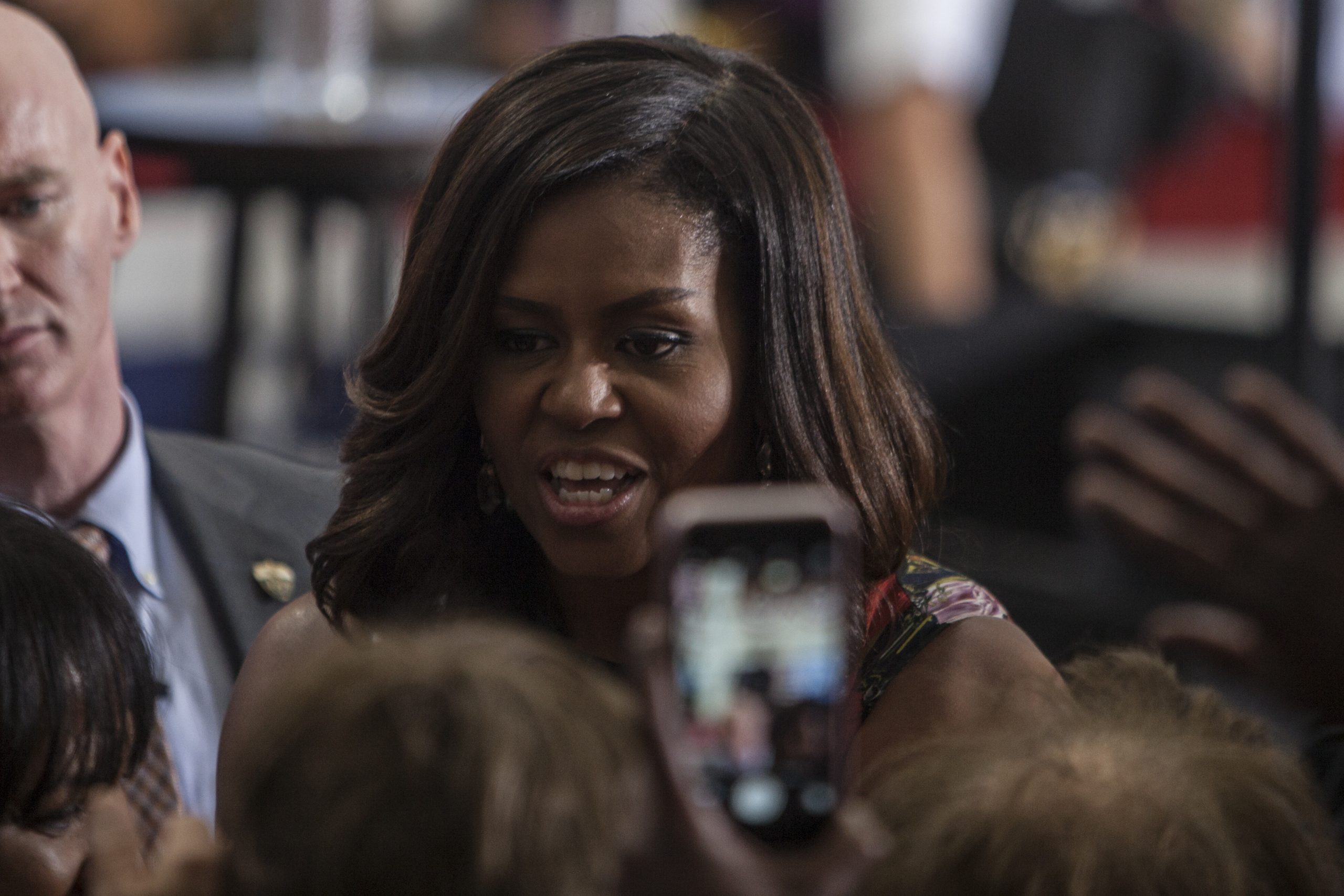 In the midst of the chaos in the streets of America where ANTIFA, BLM, and triggered liberals are burning down, murdering, looting, and ruining the lives of other Americans, Michelle Obama decided to make a closing argument in Joe Biden’s favor.

She blames President Trump, because he’s racist. (according to her)

Then she added: Trump’s administration and allies are “stoking fears about Black and Brown Americans.”

Obama with all the charisma of a sly devil gave an impassiond 24-minute speech, and as per usual, the left will likely listen and do as she says not because of WHAT she’s saying, but because of HOW she’s saying it.

She is pleading with Americans to support Joe Biden, give him the votes he needs. She referred to him as an experienced leader who “understands the struggles of everyday folks” and even gave him credit for possessing the ability to end the “chaos” across the country.

That makes some sense, the ppl destroying the country are the minions of the left…so he could make them do whatever he wants couldn’t he?

“If you’re a parent like me, you’re feeling the consequences of this president’s failure to take this pandemic seriously — from his constant downplaying of the importance of masks and social distancing to his relentless pressure on schools to open without offering a clear plan or meaningful support to keep students and teachers safe,” Obama said. She added that her daughters, who are taking online classes this semester, have friends on campus who have “either tested positive or are living with someone who has.”

Trump, she continued, lied to the American people and “doubled down on division and resentment [and] railed against measures that could have mitigated the damage.” She even lambasted the president for holding rallies, or what she called “massive events without requiring masks or social distancing.” She also said Trump “knowingly” exposed his “own supporters to a dangerous virus.”

“Our commander-in-chief, sadly, has been missing in action, and his willful mismanagement of the COVID crisis is just one example of his negligence,” she continued, mentioning the wildfires raging in the west and what she claims are peaceful protests across the country.

“When wildfires rage out west he says nothing for weeks, when Americans of all backgrounds peacefully protest racism and police violence, he disparages them yet eggs on heavily armed militias,” she continued. Obama accused both Trump and his allies of “stoking fears about black and brown Americans, lying about how minorities will destroy the suburbs, whipping up violence and intimidation, and they’re pinning it all on what’s been an overwhelmingly peaceful movement for racial solidarity.”

Obama tightly laced up her words in this speech with race every chance she got and dared to ask voters who are on the fence to have empathy for what SHE thinks is right, giving anyone listening to her a guilt trip if they don’t ‘do the right thing’:

So I want to appeal for some empathy here too. I want everyone who is still undecided to think about all those folks like me and my ancestors. The moms and dads who worked their fingers to the bone to raise their kids right. The teenagers who wear hoodies while working hard to get their diplomas. The millions of folks who look like me and fought and died and toiled as slaves and soldiers and laborers to help build this country. Put yourselves in our shoes for just a moment. Imagine how it feels to wake up every day and do your very best to uphold the values that this country claims to hold dear — truth, honor, decency — only to have those efforts met by scorn not just by your fellow citizens but by a sitting president. Imagine how it feels to have suspicion cast on you from the day you were born simply because of the hue of your skin. To walk around your own country scared that someone’s unjustified fear of you could put you in harm’s way, terrified of what four more years of this kind of division might mean for the safety of you and those you love. Living with the knowledge that no matter how hard we try, how much good we do in the world, there will be far too many who will never see our humanity, who will project on us their own fears of retribution for centuries of injustice and thus only see us as a threat to be restrained, and we know what happens next. A racial slur from a passing car. A job promotion that never comes. A routine traffic stop gone wrong. Maybe a knee to the neck.

“Racism, fear, division — these are powerful weapons and they can destroy this nation if we don’t deal with them head-on,” Obama added.

With Biden, she claimed, America has a chance to restore “stability” and “integrity.”

“It is within our grasp,” she continued. “And that’s what keeps me going.”