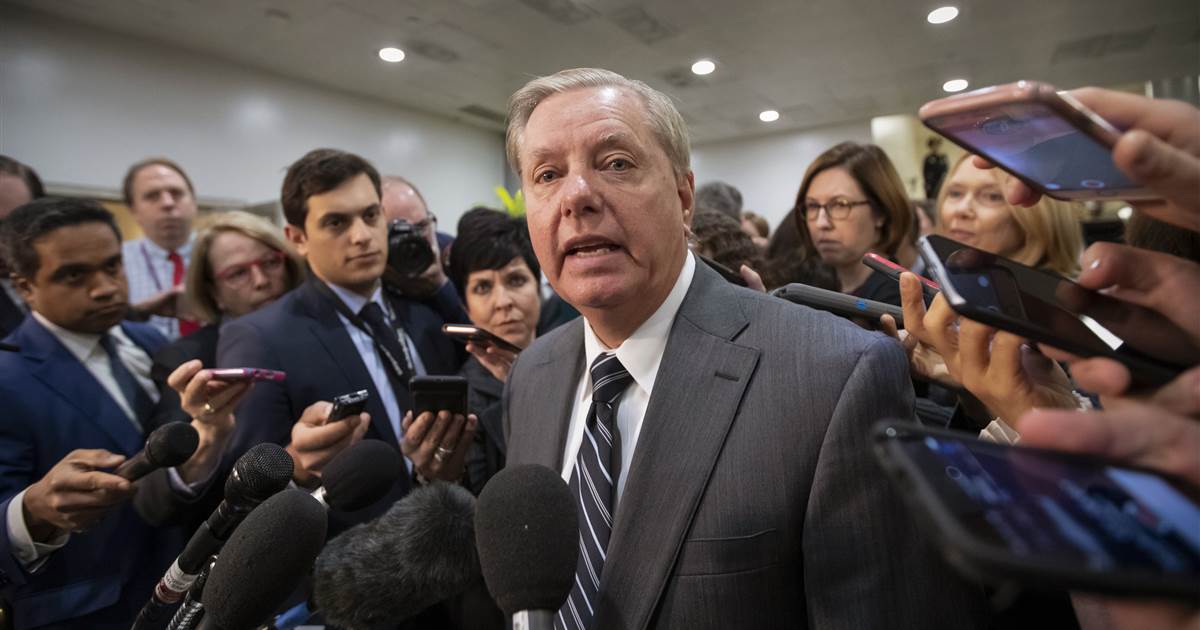 We have already been told that Senate Republicans are moving forward and will vote to confirm Donald Trump’s pick for the empty SCOTUS seat before the November 3 election. Now Senate Judiciary Committee Chairman Lindsey Graham has declared that President Donald Trump ‘has the votes’ that are needed to confirm his SCOTUS nominee pick, after two key Republican swing voters came out in support for the President’s plan to move forward with filling Ruth Bader Ginsburg’s seat before the November election.

Senator Graham called out Democrats for their desperate efforts to delay or stop the confirmation process in an interview with Fox News.

‘They said they tried to destroy Brett Kavanaugh so they could fill the seat – they were dumb enough to say that. I’ve seen this movie before. It’s not going to work, it didn’t work with Kavanaugh.

“We’re going to have a process that you’ll be proud of. The nominee is going to be supported by every Republican in the Judiciary Committee, and we’ve got the votes to confirm the justice on the floor of the Senate before the election. And that’s what’s coming,”

There has not been a timeline provided yet for confirming Presiden Trump’s SCOTUS nominee however Senate Majority Leader Mitch McConnell did announce that the Senate could be able to complete the official process in time for the pre-election final vote.

“President Trump’s nominee for the vacancy will receive a vote on the floor of the Senate,” he said, adding that there is “more than sufficient time to process the nomination”

President Trump himself seems unfazed by the intense heat the Democrats are putting on GOP to delay the nomination process, and continues to keep the American people informed on what’s to come. He has said he is strongly considering five candidates to replace Ginsburg’s seat and will have an announcement as soon as this Friday or Saturday on his nominee pick.

Barret, as judge on the Seventh Circuit and mother to seven children met with President Trump at the White House on Monday. It was reported by Bloomberg that the president is ‘leaning toward’ her for the nomination but has plans to still meet with Lagoa, a judge on the US Court of Appeals for interviewing.

Trump said Monday he will be waiting until after the funeral services for GInsbur have concluded.

‘I think it’ll be on Friday or Saturday,’ Trump said of the impending announcement for his third Supreme Court nomination. ‘And we want to pay respect. We, it looks like, it looks like we will have probably services on Thursday or Friday, as I understand it.’

‘I think in all due respect we should wait until the services are over for Justice Ginsburg,’ he told the Fox & Friends panel during a Monday morning call-in interview. ‘And so we’re looking probably at Friday or maybe Saturday.’

UPDATE: President Trump will be announcing his SCOTUS nominee this Saturday.

I will be announcing my Supreme Court Nominee on Saturday, at the White House! Exact time TBA.