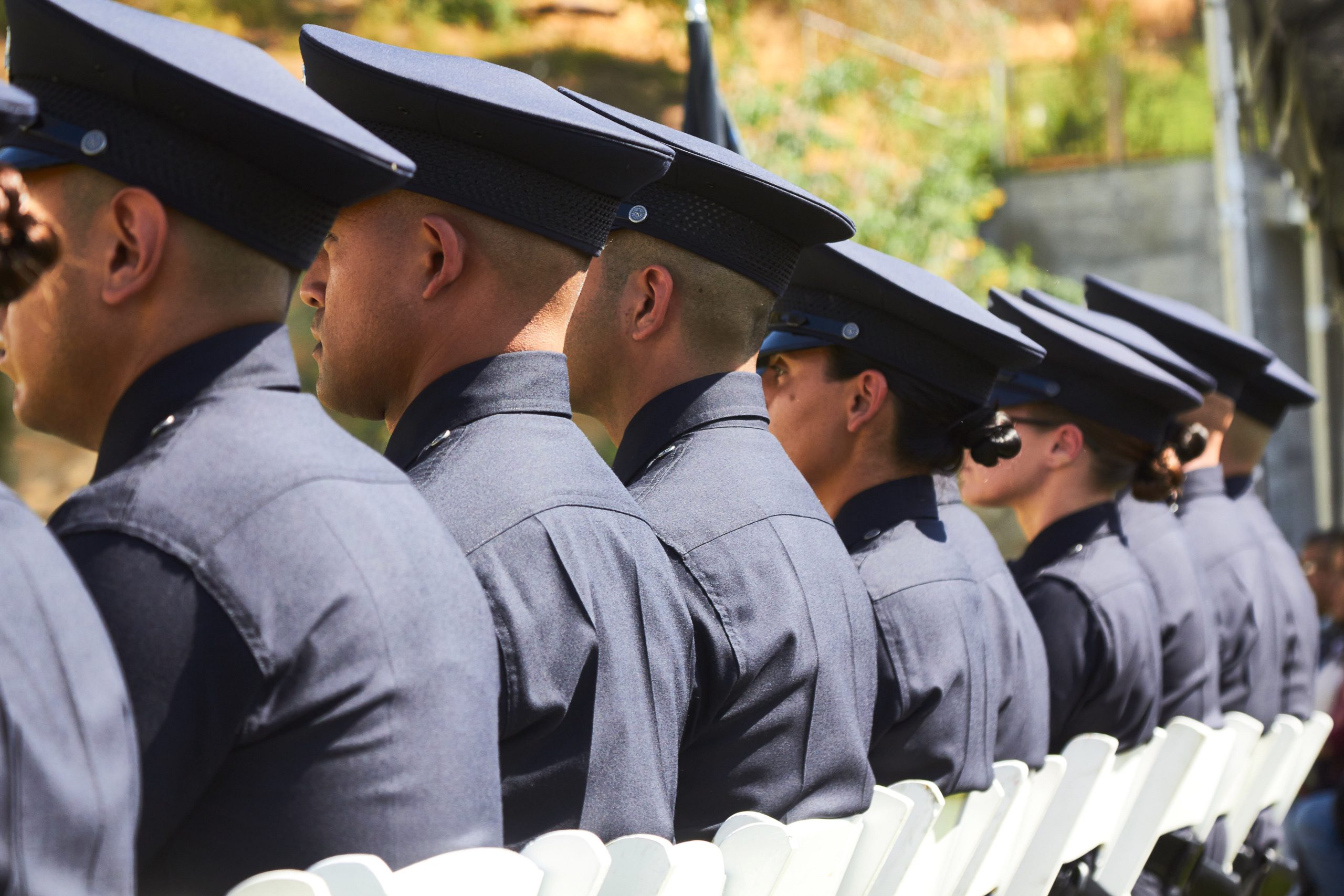 Officers of the Los Angeles Police Department (LAPD) have felt the morale of their departments suffer and they are upset over why. Their leaders are promoting the wearing of L.A. Lakers hats on the job. This comes after several waves of hate that LeBron James and other players from the L.A. Lakers have expressed with their anti-police sentiments.

Written in an internal email, LAPD leadership have voiced their support for the Lakers, who happen to be in the NBA Championship finals this year.

“The Chief of Police has authorized the wearing of Lakers hats by all Department personnel (sworn and civilian), while on-duty, from now until the conclusion of the finals,” said the email, which was obtained by Breitbart News. “The Los Angeles Police Department would like to wish the Lakers much success.”

The email has really upset rank-and-file officers, many of which resent the recent comments made publicy by LeBron James and fellow player Kyle Kuzma where they openly disparred law enforcement. LeBron himself has repeatedly attacked police on his social media accounts. He ripped police in Kenosha a new one with his words for the way they handled the shooting of Jacob Blake Jr back in August. While Kuzma complains that police who break the law aren’t being held accountable.

And y’all wonder why we say what we say about the Police!! Someone please tell me WTF is this???!!! Exactly another black man being targeted. This shit is so wrong and so sad!! Feel so sorry for him, his family and OUR PEOPLE!! We want JUSTICE https://t.co/cJxOj1EZ3H

Police can break the law and have not be held accountable for it. #SB731 prohibits this! As a resident of California I say we need this passed for moderate police reform!

Many of the officers have a bad taste in their mouths over their leadership’s decision to honor the Lakers. Can you imagine having to honor the very people who are attacking you verbally and pitting massive amounts of their fan base against you, making your job as a police officer even more dangerous!?

“LAPD Rank and File are pissed,” an officer told Breitbart News. “We’ve been betrayed and abandoned by the people who are supposed to speak up for us and the law abiding citizens we protect and serve.”

This officer also called out LAPD Chief Michel Moore and Los Angeles Mayor Eric Garcetti after their refusal to take a strong stance against the attempted shooting of three police officers over the weekend.

“The Chief and Mayor refuse to go hard in the paint about the attempted murder of three police officers over the last week. Yet find time to push insulting garbage like this? We are supposed to ignore the repeated hatred from LeBron James and the rest of the major American Pro-Sports leagues?

“No thanks,” the officer said. “Hate has no home here.”

Police officers are being told by their own departments to watch their backs because even if they are following protocol the city will not back them. They are being taunted, called out to fake scenarios and ambushed, humiliated, trash talked, disrespected by even soccer moms now, killed and suffering many other horrible forms of treatment.

They are being told by their cities that they will be defunded and then the same city asking them why they aren’t doing their job and keeping people safe. Like this story for example..

A couple weeks ago in Aurora, Colorado, one of the residents invited 47 year old Robert Thompson into their home. Despite being aware of Thompson’s long criminal history they opened their home for him to crash at for a few days. As one would expect, Thomspon had no problem showing his true form shortly after the invite. He began causing trouble and not the kind that could be ignored. He exposed himself to young girls, threw a rock through another person’s window and threatened multiple people including his hosts with violent outbursts.

The couple called the police to help them with their violent roommate problem. Two police officers showed up and questioned Thompson, after which they turned and left, letting the occupants know they would “seek a warrant” before they could deal with Thompson.

It was the next day when Thompson’s violent behavior took a turn for the worst. His behavior went dark and flew far out of control. He locked the couple in their bedroom and proceeded to smash everything in their apartment using a golf club. Once he was done doing that, he went outside and started doing the samething to the cars in the parking lot.

Once again the police were called out to assist at the scene of several crimes he had committed. However, to the couple’s shock, once they arrived and spoke to Thompson they simply left with the explanation that they were told to stand down to prevent them from getting into a confrontation with the suspect that had the potential to turn into a use-of-force scenario.

Can you blame them after what corrupt Democrats have done to abolish the police and make America ever more unsafe for police officers?

This was a comment from Aurora Police Deputy Chief, Darin Parker:

“I totally understand that there’s people there that felt like they were abandoned,” said Aurora Police Deputy Chief Darin Parker…

Leander McCoy, the man who had initially invided Thompson into his home was stunned and had this to say about the incident:

“I was standing right there and I’m like, ‘What are you guys doing?’ and they said they were told to stand down and they left. Bottom line is they left us to deal with it by ourselves and that’s kind of crazy.”

Aurora Police Deputy Chief Darin Parker said, “We’re trying to get the situation resolved with the least amount of escalation, the least amount of confrontation as we can.” He went on to say that if the officers had responded more aggressively and attempted to take Thompson into custody it could have led to the use of deadly force.

Perhaps now at least a few more people can see what it will be like without our police protecting us. The attack on our police has created a system where our police officers’ lives are even more in danger.