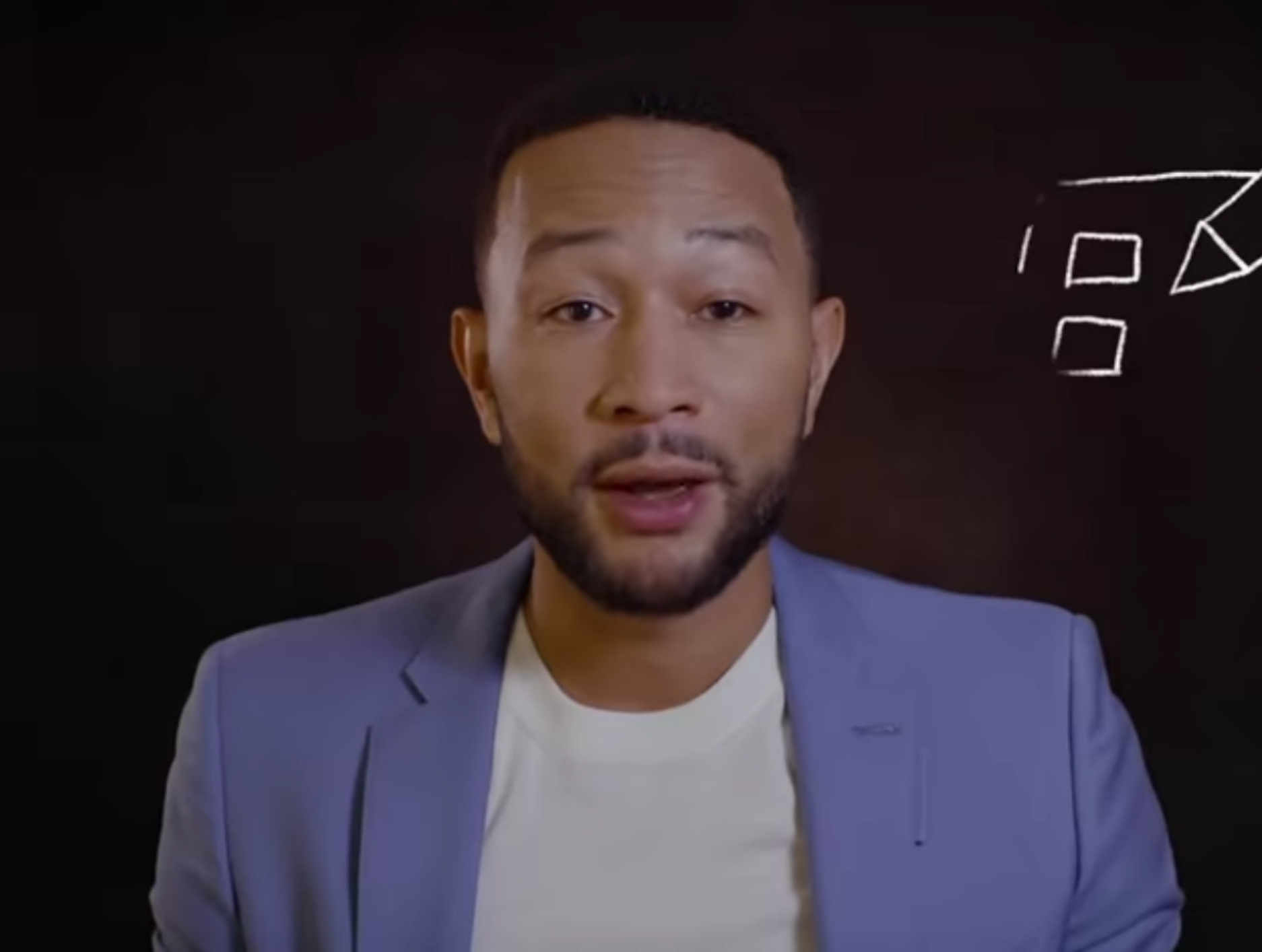 Here we go again. Popstar John Legend is all hat and no cattle just as so many other celebrities are. He’s now saying that Americans might “have to start thinking about going somewhere else” if President Trump wins reelection. In an interview with Cosmopolitan UK, Legend revealed that he and his wife, model Chrissy Teigen, have considered leaving the country over the embarrassment that Trump won the presidency. Just leave already.

“At some point, if that project [to destroy democracy] was to be in any way successful, you’d have to think about going somewhere that is a true democracy, that has respect for the rule of law and human rights,” stated Legend. “If America chooses to be that place then people will have to start thinking about going somewhere else. It is truly disturbing and concerning,” he said. I’m sure Americans would all pitch in to buy Legend and Teigen tickets to someplace democratic, like say… China, Russia, or Iran.

Legend is 41 and his cookbook-author wife Chrissy Teigen both hate Trump. They suffer greatly from Trump-derangement-syndrome. They are constantly berating Trump and criticize everything he does and stands for. Legend was a headliner at last month’s Democratic National Convention and is a vocal supporter of Democratic presidential nominee Joe Biden. Who cares if Biden is senile? As long as he’s a Marxist, Legend loves him.

Trump has called Legend “boring,” and has referred to Teigen as the performer’s “filthy-mouthed wife” after the couple refused to give him credit for pushing for and signing criminal justice reform in September of 2019 — despite the fact that the duo had praised it and other liberal black commentators and celebrities had noted Trump’s efforts. I don’t blame Trump one bit for saying that.

Legend claims to not be worried about the upcoming presidential election in November but his words say otherwise. He thinks the country is “exhausted” by Trump’s presidency and “the daily efforts to destroy democracy and the free press.” No, the country is exhausted by those trying to conduct a soft coup and stir up a color revolution to destroy our government and way of life. The so-called ‘free press’ has become nothing more than a communist propaganda arm of the Democratic Party.

Legend says, he thinks about leaving the U.S. “every once in a while” if Trump was to remain in office. Please consider it more seriously and don’t let the red, white, and blue door hit you on the way out.

“We were born and raised here, all of our families are here. It would be hard to leave. But I don’t know what one’s supposed to do when you have a leader who is trying to destroy democracy,” he said. Trump is the exact opposite of that… Obama and Biden are the ones out to destroy the Republic.

In 2016, several entertainers said they would consider fleeing the country if Trump became president. None of them did.

After blaming COVID on President Trump, Legend said, “We can’t bear another four years of this. As Michelle Obama said, we have to vote like our lives depend on it. I honestly think the American people will do it. I truly don’t know if we would be a democracy when we were done if we went another four years.” Pack your bags then son… because Trump is going to be reelected.