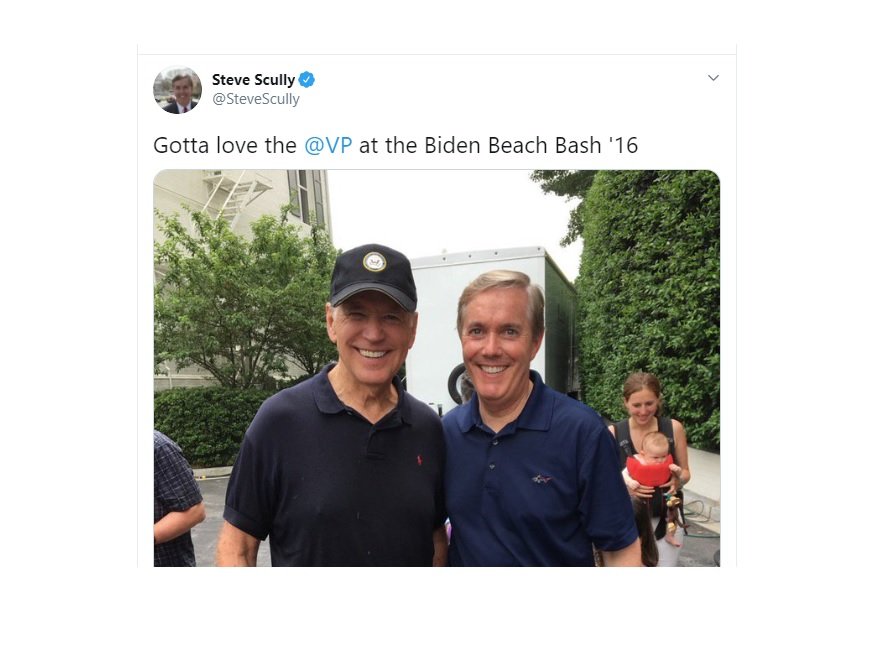 Well here we freaking go. If this was played out in reverse the left would be so triggered the earth would implode. The Commission on Presidential Debates has announced its three moderators that will be covering this year’s planned debates, and GUESS WHAT! Two of them hate Trump, and another has been seen fan boying over Biden on several occasions… oh and also, he’s Biden former INTERN!

Of the three moderators there is Chris Wallace who is a Trump hater, Kristen Welker from NBC yet another far left Trump hater and then we have Steve Scully, the fan boy…who adores Joe Biden.

As we witnessed at this week’s first debate, Wallace completely took sides and it wasn’t Trump’s. He was a total media hack and really had no right being a moderator in the first place, he doesn’t care about what’s right, he only cares that he’s right. He ruined the debate.

He even attacked Trump back in December stating:

“I believe that President Trump is engaged in the most direct sustained assault on freedom of the press in our history.”

Then we have Kristen Welker who is a member of the White House Press Corps who are well known for being completely hostile towards Trump, and thought it would be hilarious to try and humiliate the president’s White House Spokeswoman on her physical appearance during the annual dinner as she sat on the stage. Disgusting really.

Now, lets talk about Steve Scully, who will be the moderator for the second debate next week. He’s the former intern for Joe Biden. He received an undergraduate degree in commnication and political science. While he studied for his degree he completed a study abroad program at the University of Copenhagen, then served as Biden’s intern and in Senator Ted Kennedy’s media affairs office.

There is now links to Joe Biden on Scully’s Wikipedia page, here is a picture of it: 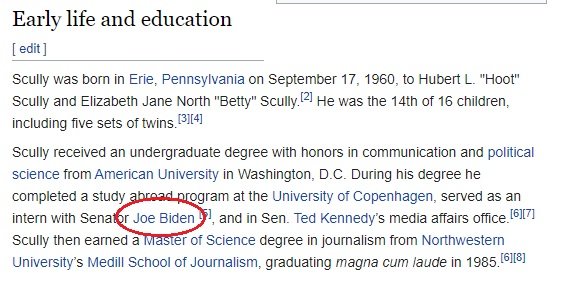 Steve Scully has also been Biden’s biggest fan for years:

Gotta love the @VP at the Biden Beach Bash '16 pic.twitter.com/Z9gdC6Cmi1

What in the world is this all about? There were many people wondering how Biden and Democrats were going to pull this off with Joe being so unpredictable and ustable, but I guess now we know. Basically, create a debate where ALL the moderators hate Trump and love Biden…and the rest will take care of itself right?

How very Democratic of them.