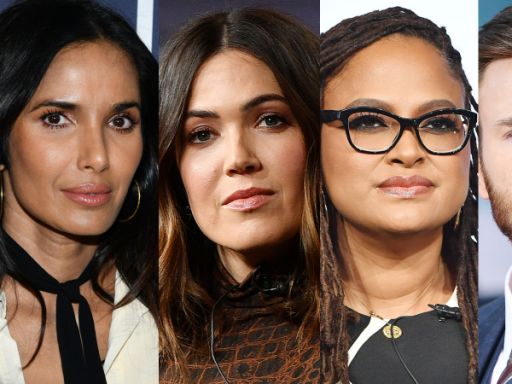 Hollywood elites are like a disease, their level of ‘stupid’ starts to spread and before you know it their lack of common sense, and absence of any kind of free thinking has infected many generations of America’s future potential leaders. It’s an ugly cycle…and right now, the ugly cycle has them in a meltdown over President Trump’s tweet that he would be leaving Walter Reek Military Hospital.

It’s no surprise that Hollywood is throwing a tantrum and using their twisted way of thinking to turn something good into bad.

Trump simply said “Don’t be afraid of Covid. Don’t let it dominate your life.” Of course what Trump means is that we don’t need to let fear run our lives and let it decide what out potential is. But….those Hollywood elites turned it into something completely different from what he meant, and twisted it into something really ugly. Which is easy for them because that’s how their minds work.

“You are faking your recovery!” tweeted NBC’s Community actor Ken Jeong, who is also a medical doctor.

“This is reckless to a shocking degree, even for you,” Captain American star Chris Evans tweeted.

President Trump said that he would be leaving Walter Reed at 6:30 p.m. Monday. “Feeling really good!” he tweeted. “Don’t be afraid of Covid. Don’t let it dominate your life. We have developed, under the Trump Administration, some really great drugs & knowledge. I feel better than I did 20 years ago!

I will be leaving the great Walter Reed Medical Center today at 6:30 P.M. Feeling really good! Don’t be afraid of Covid. Don’t let it dominate your life. We have developed, under the Trump Administration, some really great drugs & knowledge. I feel better than I did 20 years ago!

Don’t be afraid of Covid?!

You’ve been under round-the-clock care by the best doctors using the best drugs. Do you really think everyone has access to that?!

Sadly, I’m sure you’re aware of that disparity, you just don’t care

This is reckless to a shocking degree, even for you https://t.co/H8CGlD9DcZ

Bette Midler basically imploded spewing her insides everywhere for everyone to see.

Bette Midler exploded, calling the president the “sick #IdiotInChief.” She also ran off her mouth saything that the president “must be pumped up from steroids & getting medications no one else in the world can get.”

The sick #IdiotInChief just tweeted that “I never felt better in 20 years. Don’t be afraid of getting COVID!”
TELL THAT TO THE DEAD! Must be pumped up from steroids & getting medications no one else in the world can get. He shoulda said “#ImHighAsAKite”#Base, go get Covid!

Actor Ken Jeong tried to make a prediction with his response…

You are faking your recovery! This is the dexamethasone talking! https://t.co/iH4fk1VaMB

What time will you be bouncing back to the ER? https://t.co/iH4fk1VaMB

Actress Mandy Moore also known as America’s sweetheart…. apparently wants everyone to live in fear and never grow stronger from trials or tribulations. No, she wants you to shrink and feel sorry for yourself and never move on.

Don’t be afraid of covid? Tell that to the 210,000 families who have lost loved ones. To the Black, Brown and Indigenous folks disproportionately affected. With tens of millions of jobs lost and the economy tanked. Many of us isolated for months. You’re the cruelest. #votehimout https://t.co/QhM47Pa3lx

Jamie Lee Curtis said… well, actually nevermind. No one cares what she said. Who is she again?

Over one million people have DIED from Covid, 200 K in the ?? The president says we shouldn’t be afraid of Covid. He received ALL the BEST treatments apparently. I say there is PLENTY to be AFRAID of. Wearing a MASK is a good start to avoid spreading and getting the virus.

Frozen star Josh Gad, who recently tweeted that Jews who support President Trump are siding with Nazis, raged that the president’s top-notch medical care isn’t available to most Americans.

“Don’t be afraid of Covid” America! With a helicopter at your disposal and access to treatments only a President can get, you too will get though this just fine in time to get back to your state of the art in-house medical facility with 24 hour care and the best doctors around! https://t.co/PKkhl3qZHu

Rosie O’Donnell was nothing but sweet… as per her usual self. So elegant and all…

Can’t for the life of me figure out how the White House became ground zero for a COVID outbreak… https://t.co/ZdcVtNdP1X

The very first thing I do before having sex is remove my condom. https://t.co/eeqabq9Ttp

You don’t have covid for the weekend. He either has it and doesn’t give a fuck who gets it from him, or he never had it.

You don’t have covid for the weekend. He either has it and doesn’t give a fuck who gets it from him, or he never had it.