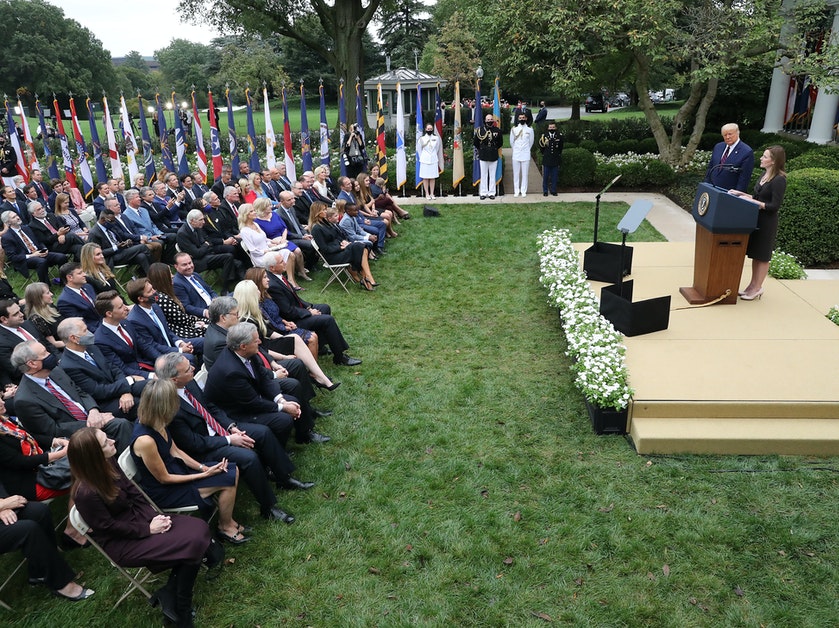 Is Kirstie Alley saying out loud what possibly many Americans or even people worldwide are thinking?

Check out this tweet she posted on October 3rd:

I hope the Rose Garden event is being fully investigated. Seems suspect that they all “suddenly”got Covid 4 weeks before the election

Another would be the very reason they were gathered at the Rose Garden event in the first place… the SCOTUS nominee ceremony. Democrats have been very clear about where they stand on filling the open seat with President Trump’s SCOTUS nominee.

Democrats have been upset and crying foul play on the process, claiming that the winner of the upcoming election should be the one to nominate the next Supreme Court Justice after Ginsburg’s death late last month. They have even accused GOP of engaging in hypocrisy for working so diligently to confirm a justice with weeks to go before the election.

Pelosi herself has said quite a few things that have been rather suspicious…like:

“We have our options. We have arrows in our quiver that I’m not about to discuss right now, but the fact is we have a big challenge in our country,” the California Dem said on ABC’s “This Week.”

“Right now, our main goal — and I think Ruth Bader Ginsburg would want that to be — would be to protect the integrity of the election as we protect the American people from the coronavirus,” she added.

However these are just suspicions and they are neither here nor there. There is no evidence of foul play, only curiosities. All we can do now is move forward and pray for our President and all others to endure well and have a swift recovery.

I don’t know about you, but I have a feeling that President Trump and First Lady Melania Trump will make a strong comeback, and hit the ground running on their way to making America great again, despite all the awful ill wishes they are getting from the vile ones of the left.