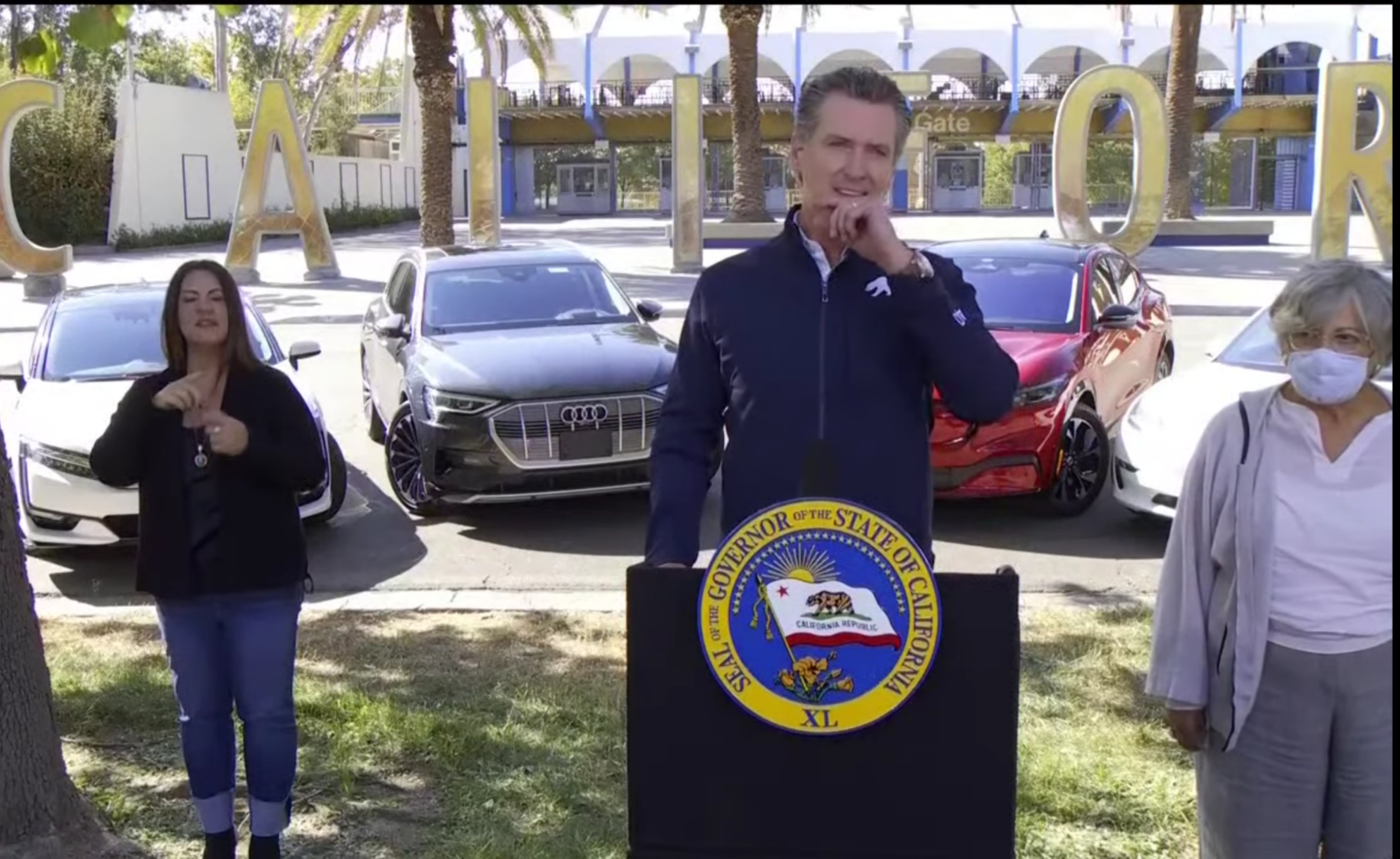 California Gov. Gavin Newsom (D) seems really determined to destroy the Golden State once and for all. Last Wednesday he held a press conference and vowed to sign an executive order that would pretty much ban the sale of all passenger cars that run on internal combustion by 2035 while banning the sale of light and heavy-duty vehicles that run on gasoline by 2045. He wants them to go to electric cars in a state that can’t even keep the lights on. Brilliantly doomed.

Newsom released a statement on the governor’s website, stating that he believes that this order will “move the state further away from its reliance on climate change-causing fossil fuels while retaining and creating jobs and spurring economic growth.” The GOP and most sane Americans disagree. “Governor Gavin Newsom’s failure to lead California was on full display today as he talked about eliminating over 350,000 good-paying jobs in our oil and gas industry while ignoring the millions of already unemployed Californians and the tens of thousands of shuttered businesses,” Chairwoman Jessica Millan Patterson said in a statement.

Newsom went on to arrogantly assert, “By the time the new rule goes into effect, zero-emission vehicles will almost certainly be cheaper and better than the traditional fossil fuel-powered cars.” The statement also calls on the California legislature to cease issuing new fracking permits by the year 2024. So, he wants to rely on ‘renewable’ energy that just doesn’t cut it and do away with real energy production. Sounds like the lights will go off and stay off in that state before long.

The text of the executive order states that “the climate change crisis is happening now, impacting California in unprecedented ways, and affecting the health and safety of too many Californians.” The order further explicitly states that the COVID-19 pandemic should be viewed as an opportunity to reshape the California economy in line with environmentalists’ goals, claiming that “the COVID-19 pandemic has disrupted the entire transportation sector, bringing a sharp decline in demand for fuels and adversely impacting public transportation,” and “as our economy recovers, we must accelerate the transition to a carbon-neutral future that supports the retention and creation of high-road, high-quality jobs.” Throw in anarchy, communists, and a color revolution along with this nonsense and you just might get a civil war.

The order also makes it abundantly clear that, while the goal is to achieve a total end to the sale of combustion-engine automobiles in 2035, the California State Air Resources Board is expected to take incremental steps beginning immediately to gradually reduce the sale of gasoline-powered engines. Yet another reminder why everyone still in California that is sane should get out right now.

California’s grid is currently unable to provide reliable power to residents, and only federal intervention has provided even moderate stability during the crisis. Yet another failure by California Marxists. They’ll want to tax their way out of it and even more residents will flee this nuttery.

This is part and parcel of an increasingly aggressive push by some “blue states” and Democratic lawmakers in Congress to attempt to limit the effects of climate change, a push that Republicans have said will cost jobs and limit economic growth. And one based on fake science and political propaganda. These same states are already bankrupt due to liberal leadership. This will finish pushing them off the economic cliff.

“Pull away from the gas pumps,” Newsom said. “Let us no longer be victims of geopolitical dictators that manipulate global supply chains and global markets.” Oh, brother.

He claimed the order will reduce greenhouse gas emissions by 35 percent and said that electric cars and trucks are “the next big global industry and California wants to dominate it.” California is both the largest new car market in the U.S., with 1.8 million vehicle sales in 2019, and also accounts for the most electric car purchases of any state.

Newsom signed the order on the hood of an electric-powered Ford Mustang and called it a “policy for other states to follow.” The man is simply delusional and this won’t end well for California.