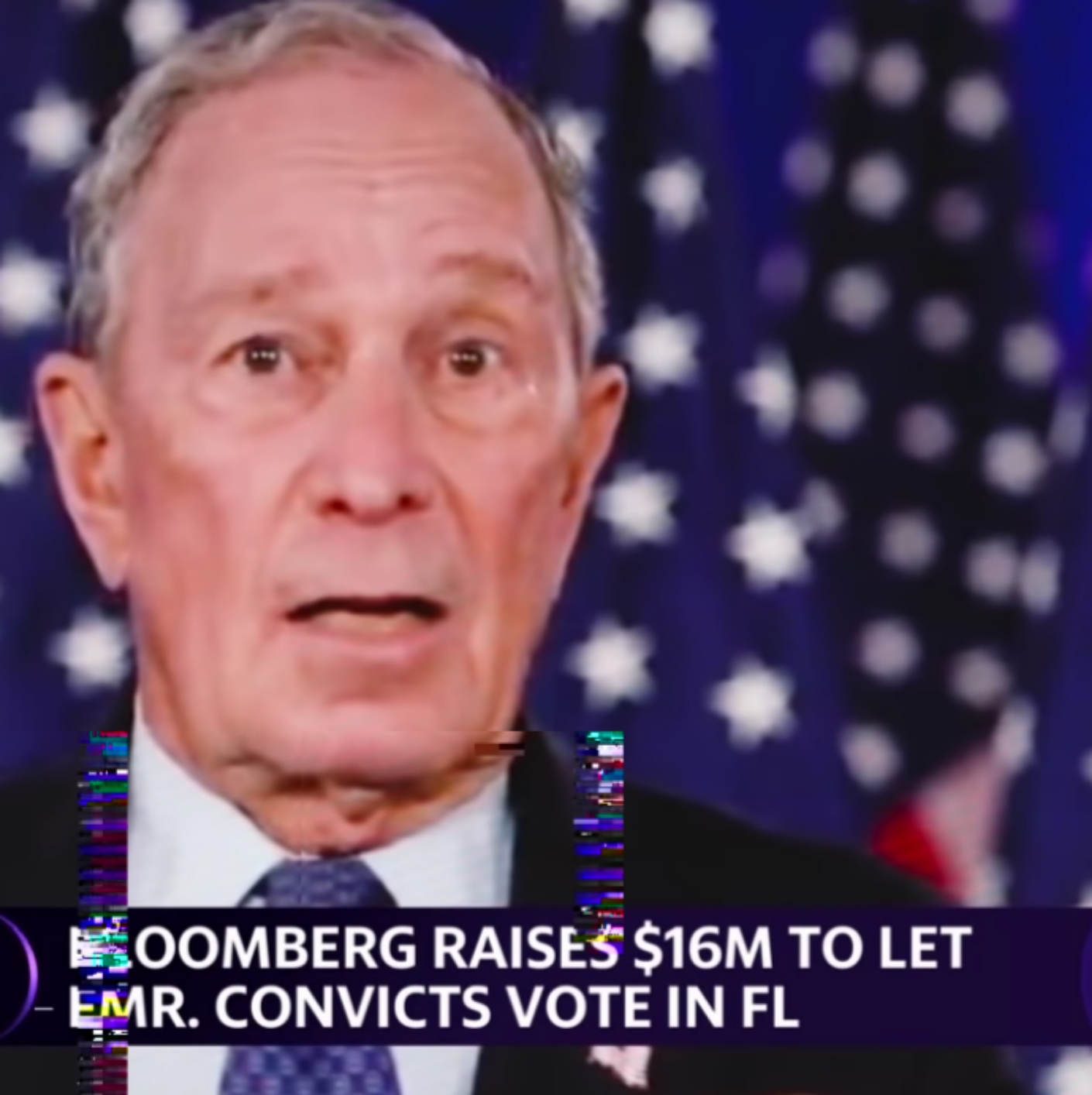 Florida Attorney General has ordered an investigation into what Mike Bloomberg has just done. He has pledged $16 million towards helping convicted felons get their vote in on November 3rd. The investigation was set into motion after Republican Governor Ron DeSantis made the request to review “recent” allegations” that were discovered in a WaPo article.

Billionaire Michel Bloomberg has raised the money to put towards the felony fines for $32,000 black and Hispanic felons, in an effort to get their vote for Democratic Presidential candidate, Joe Biden on the November 3rd election.

Florida voted to allow felons who have completed their sentences to have their voting rights reinstated. However, they have to have their outstanding fees paid in full before they can vote.

The U.S. 11th Circuit Court of Appeals ruled earlier in September that people with felony convictions must serve their full sentences and pay all fines and fees before their voting rights can be restored. The court ruling overturned a lower court decision that ruled that felons did not need to pay all fines before voting.

Legal analyst J. Christian Adams in speaking to Fox News made the arguement that Michael Bloomberg’s plan is breaking federal law and likely Florida state law as well, by buying votes from felons. Federal law actually makes it illegal for one to pay for or receive money for a vote. Moreover, Adams said that Bloomberg is putting the felons in even more legal and financial jeopardy by paying off their fines for votes.

(To be honest…it’s highly doubtful that Bloomberg cares about the impact it will have on the felons, because it’s for the vote)

Now Florida Governor DeSantis and Florida AG Ashley Moody have launched an investigation because they agree with Adams!

What Bloomberg is doing is literally trying to BUY Florida for Joe Biden, he has pledged to spend $100 million in Florida to help Joe Biden win the state over President Donald Trump.

Governor DeSantis has taken the reigns to ensure the investigation is underway. With the upcoming election day, and all the violent protesting taking over the streets Gov. DeSantis has hit the ground running making efforts to bring the logic of the law back into play and re-establish law and order.

Governor Ron DeSantis of Florida has also been working on bringing felony charges against violent protesters who get arrested for “disorderly assemblies”. This legislation would include blocking traffic, hitting a police officer, and all things that fall under violent protesters causing property damage or injuring another human being according to his proposal.

He is over the lawlessness and feels harsh consequences are required to help create a path back to instilling law and order in this country.

“If you do it, and you know that a ton of bricks will rain down on you, then I think people will think twice about engaging in this type of conduct,” he said during a press conference.

Toppling statues will also be a felony under this new proposed law. It would seek to impose a mandatory six-month lock-up in jail if found guilty of hitting or throwing an object at any police officer or law enforcement authority.

He is calling it “Combating Violence, Disorder and Looting and Law Enforcement Protection Act” and it will be his focus moving forward into the 2021 legislative session. He’s not playing games, he wants it done.

“You have an obligation to let the voters know where you stand on this bill,” said Governor DeSantis, addressing officials running for office.

Let us know your thoughts in the comment section below!