Federal Investigators identified an envelope addressed to President Trump at the White House, containing the lethal substance ricin. This letter was thankfully intercepted at the official government facility whose job it is to screen all mail addressed to the White House and President Donald Trump. After a preliminary investigation indicated it tested positive for ricin, the FBI was brought in to widen the investigation. Ricin, a poison found naturally in castor beans, is part of the waste produced when castor oil is made. There is no known antidote for ricin poisoning.

The FBI, the Secret Service and the U.S. Postal Inspection Service were leading the investigation. Federal investigators are trying to track down the source of the mail to determine whether other envelopes have been sent through the postal system.

The White House could not be immediately reached for comment while this investigation is in the early stages. So far we do know that according to AP News, FBI said agents were working to investigate “a suspicious letter received at a U.S. government mail facility” and that there is “no known threat to public safety.” 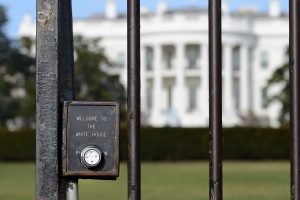 This is not the only time ricin has been detected in the White House mailroom:

In 2018 a Navy veteran confessed to sending envelopes to Trump and members of his administration that contained the substance from which ricin is derived. His name is William Clyde Allen III, and he sent the envelopes with ground castor beans to the president, FBI Director Christopher Wray, along with then-Defense Secretary Jim Mattis, then-CIA Director Gina Haspel, Adm. John Richardson, who at the time was the Navy’s top officer, and then-Air Force Secretary Heather Wilson. The letters were intercepted, and no one was hurt. He was arrested.

In 2014, a Mississippi man was sentenced to 25 years in prison after sending letters dusted with ricin to President Barack Obama and other officials.

In 2014, Shannon Richardson, an actress, was sentenced to 18 years in federal prison for mailing letters laced with ricin in May 2013 to multiple people, including Mr. Obama and Michael R. Bloomberg, the mayor of New York at the time.

In 2011, four Georgia men were arrested and later sentenced to prison for plotting to spread the toxin simultaneously in five American cities, targeting federal and state officials. That same year, American counterterrorism officials said they were increasingly tracking the possibility that Al Qaeda would use ricin in attacks against the United States.

This BEST QUOTE I found on Twitter regarding this incident very much represents my opinion on this matter:

Imagine being so dumb you think Trump opens his own mail. https://t.co/xpeW6UEX4H