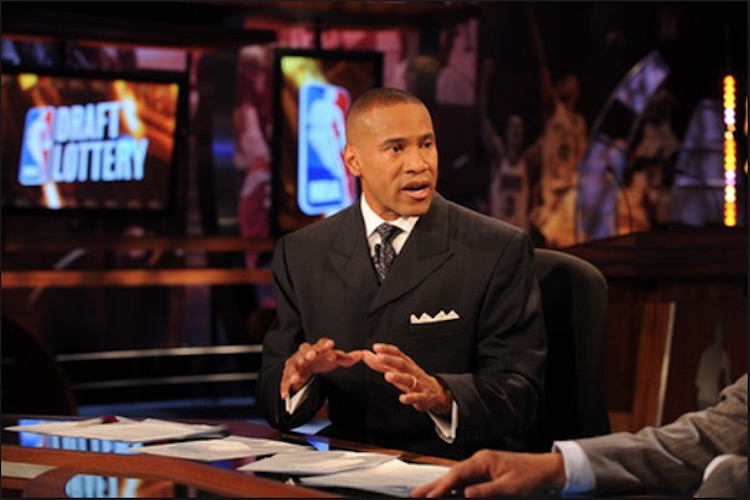 What happened to the days when people had respect for eachother? When people understood that criminals are the bad guys, and the men and women that show up to help when you need it are the good guys?

Well-known ESPN broadcaster Mark Jones is definitely not the type to care much about respect or honor. He shamelessly went off in a series of anti-police Twitter posts this week following the verdict on the Breonna Taylor case.

Here are some of the things he felt compelled to say during his childish rant:

“Police never saved me. Never helped me. Never protected me. Never taken a bullet for me. (They’ve pulled guns on me),” Jones began. “Never kept me safe in a protest. Never stopped the racist from taking my Black Lives Matter flag off my house. I could do without em. [for real]. #BreonnaTaylor #Defund12.”

In a seperate tweet Jones also vowed that he would dismiss the security detail when he attends this weekend’s college football game:

“Saturday at my football game I’ll tell the police officer on duty to ‘protect’ me he can just take the day off. [For real],” Jones wrote. “I’d rather not have the officer shoot me because he feared for his life because of my black [sic] skin or other dumb ish.”

He added, “I’m not signing my own death certificate.”

The Toronto-born Jones didn’t always express openy hostility towards the police. In a 2011 tweet, he wrote, “I’m not going to lie. I love our police escorts to the stadium. Saves us a good 40 min to 1 hour of not waiting in traffic.”

On Thursday, he revisited the nine-year-old tweet, saying, “I always ride in another car with my spotter and statistician who are white [sic]. Dear friends of 30 years who’d take a bullet for me.”

Ironically, there is a 2018 photograph that reflects him with a big smile standing with two Syracuse, N.Y. police officers. He was thanking them for saving his lost bag and making sure it was retuned to him. He dismissed the fact that he was grateful to them and proceeded to talk about someone who had found it to avoid the conversation about police officers helping him and him acknowledging them for their good deed two years ago.

“A young Black dude actually found the bag which had popped out of our SUV,” he explained. “He was heading to the game and saw it in the ditch. He recognized my face on my iPad in the bag. He handed it off to Police at the parking lot.”

No one looks good on a bandwagon, but it does not seem like a lot of these Democrats got that memo.