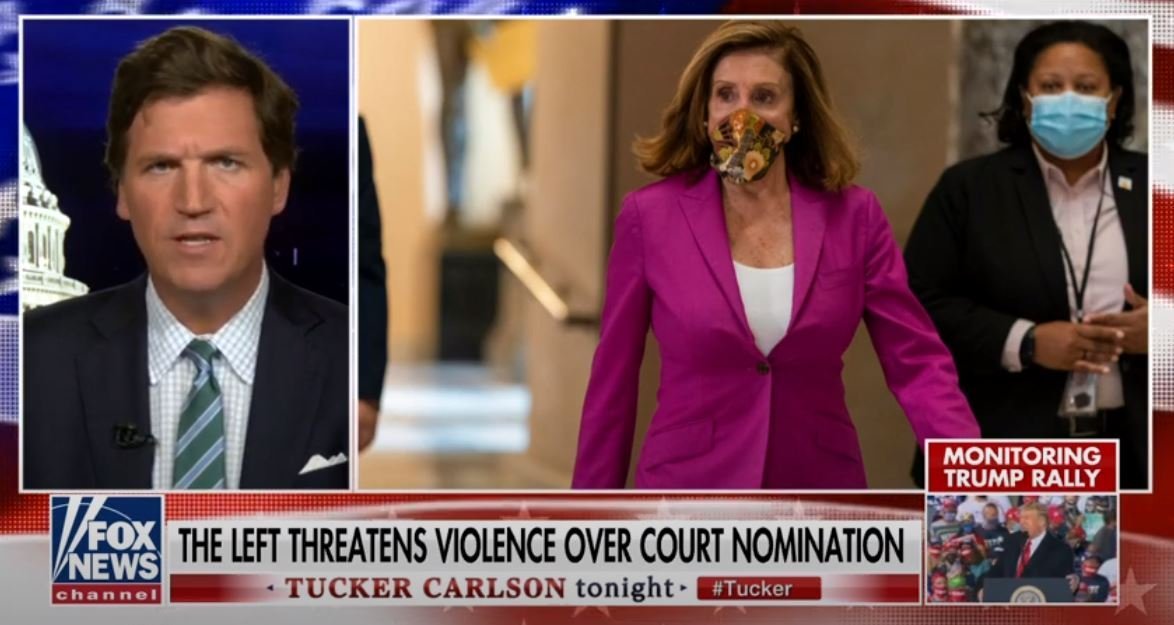 Tucker Carlson gave us all the tea during his show where he shared with us the left’s latest threats against republicans, President Trump and Americans.

The level of crazy coming from the left since Supreme Court justice Ginsburg’s passing has reached level INSANITY! In just a couple days, there has been reports of Pelosi threatening a round two of impeachment against Trump and Attorney General Bill Barr, then it was shutting down the government, and most recent was her telling Americans that the GOP filling SCOTUS seat equates to them ‘coming for your children’.

We know Democrats of today can be very extreme, but to go as far as saying they will block the Republican senators from entering the US Senate Chamber in Washington at the US Capital Building, is beyond crazy. To literally ‘lay on the floor’ blocking entrance doors to stop the vote is madness.

California Governor Gavin Newson’s Chief of Staff, Ann O’Leary shamelessly tweeted out that she is ready to do what it takes including lying down and blocking the GOP senators from entering the US Capitol.

Is this insanity or wha 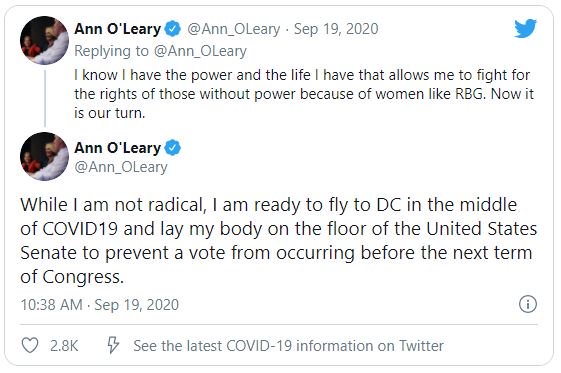 What is there to say other then just how out of control the left has become. They are desperately trying to stop the vote and confirmation of the SCOTUS seat, and no where in their actions can we find the logic of the law. It is dangerous and very reminescent of how spoiled brat children behave when they don’t get their way. It’s just far more dangerous when it’s an adult.

According to Fox News Channel’s “Hannity”:

Graham said, “We’ve got the votes to confirm Justice Ginsburg’s replacement before the election. We’re going to move forward in the committee. We’re going to report the nomination out of the committee to the floor of the United States Senate so we can vote before the election. That’s the constitutional process. After Kavanaugh, everything changed with me. They’re not going to intimidate me, Mitch McConnell or anybody else. … The nominee is going to be supported by every Republican in the Judiciary Committee, and we’ve got the votes to confirm the judge — the justice on the floor of the Senate before the election. And that’s what’s coming.”

What do you think about all of this? Let us know in the comment section below!