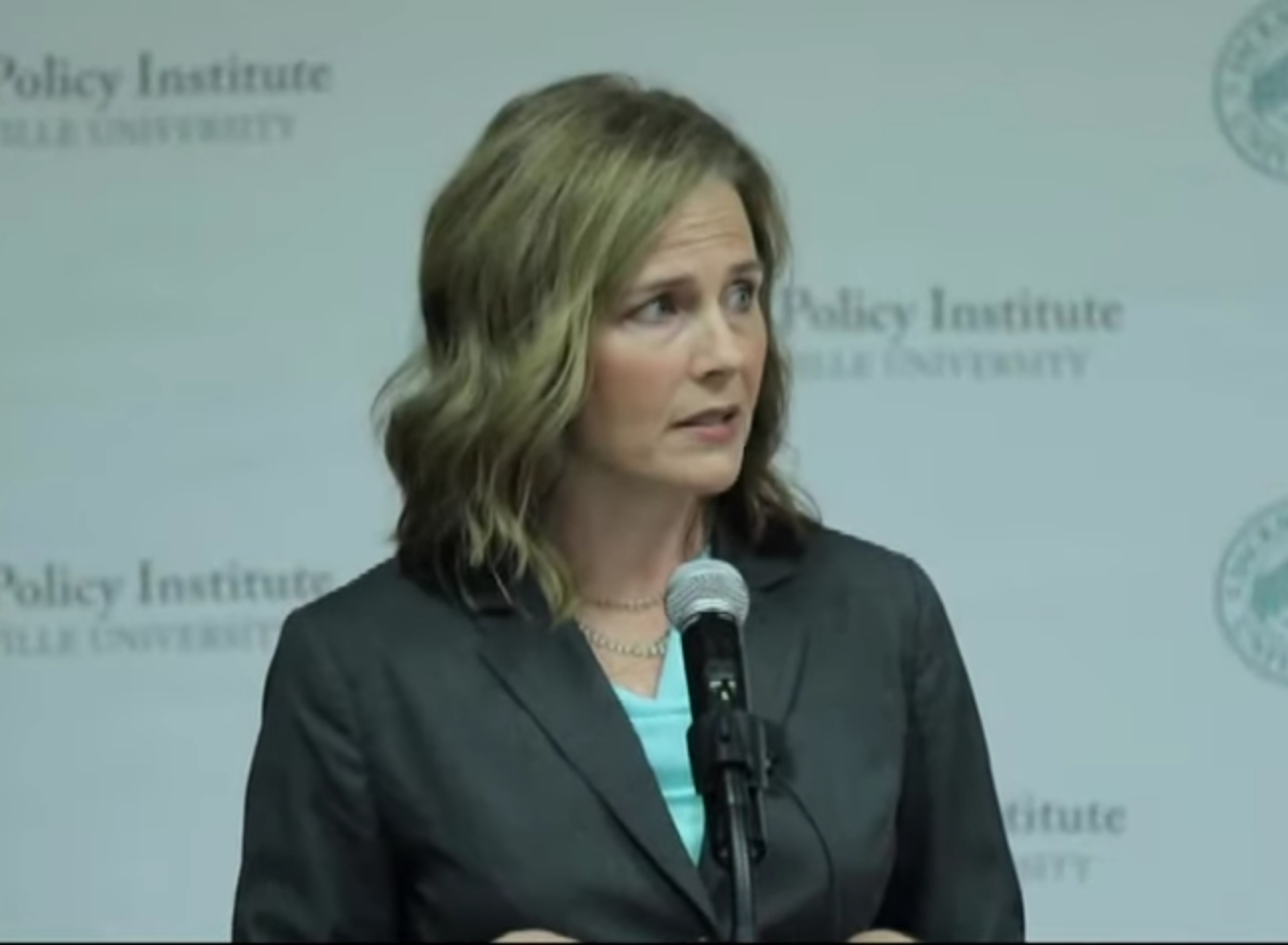 Well, this is a new low even for the Democrats. They wasted no time last night in starting a smear campaign against possible SCOTUS nominee Judge Amy Coney Barrett. President Trump is expected to announce this afternoon that she is his choice as the nominee to replace Justice Ginsburg on the High Court.

A craven Democrat activist named Dana Houle tweeted out last night that it is his sincere hope that Barrett is investigated over the children she and her husband adopted from Haiti. “I would love to know which adoption agency Amy Coney Barrett & her husband used to adopt the two children they brought here from Haiti,” Houle wrote. You see, when a Democrat adopts children of another race from another country… it is commendable. When a Republican, pro-life, Christian judge does it, it’s a crime.

“So here’s a Q: Does the press even investigate details of Barrett’s adoptions from Haiti?” Houle wrote in another tweet. “Some adoptions from Haiti were legit. Many were sketchy as hell. And if the press learned they were unethical & maybe illegal adoptions, would they report it? Or not bc it involves her children?” Just wow… that’s impressively evil.

In yet another tweet, Houle asked: “Would it matter if her kids were scooped up by ultra-religious Americans, or Americans weren’t scrupulous intermediaries & the kids were taken when there was family in Haiti? I dunno. I think it does, but maybe it doesn’t, or shouldn’t.”

If you look at Houle’s LinkedIn profile, you’ll see that he is a former campaign manager to several top Democrats such as former Rep. Paul Hodes (D-NH) and current Rep. Jim Himes (D-CT). He also was Hodes’ chief of staff in Congress. On his website, Houle describes himself as an effective Democrat operative who has taken out sitting Republicans. Listen to him describe himself:

“In Michigan I worked in organized labor, as a policy analyst in the legislature, and managed campaigns from state representative up to statewide office. Despite my love for Detroit, in 2005 I moved to Washington DC to do national politics. I’ve managed two winning campaigns against incumbent Republican Congressmen in New England, served as a chief of staff on Capitol Hill and managed races in Minnesota, Kansas and Louisiana. I’ve also been blogging about politics at various places since 2003.”

If you were looking for Marxist creds, those are decent. He left out political hatchet man though.

A number of Republicans took umbrage at this slimy form of insinuation against Barrett. Sens. Josh Hawley (R-MO) and Tom Cotton (R-AR) called the Democrat tactics of smearing Barrett and her family despicable. And right they are. The left has nothing against this woman, so they are scraping the bottom of the barrel out of desperation.

Read this from Democrat activist & Hill staffer. Questioning whether #AmyConeyBarrett *illegally* adopted her children from Haiti, maybe snatching them from birth parents! This is the Dem gameplan. Nothing but raw bigotry and hate. I promise you, this will not stand pic.twitter.com/JEMqhe05dY

Houle eventually backtracked and said he shouldn’t have said those things. Too late.

Here’s what I tweeted earlier. I shouldn’t have tweeted it. Not bc there is anything substantively wrong w it, but bc it was too easy to misunderstand, to mischaracterize, or use to manipulate the rubes who think I control what the press investigates. (As if!) Also, anyone… pic.twitter.com/yTcleHdeK9

And proving that he is an insincere hack, Houle doubled down on attacking Barrett and her family after that.

…getting the vapors at the suggestion that anything untoward might have happened in an adoption from Haiti shouldn’t. And to anyone replying “Clinton Foundation,” yeah, it was horrible. It likely made things worse

…adopted legally & ethically—which is more likely—but bc of the trauma it would cause them to find out from the press, if some news organization knew the adoption was problematic it probably couldn’t report it

Anyone appalled by this discussion, please,act on your outrage…

…and work to pressure your elected officials to push to reunify families separated by ICE, BCP,etc, & to push for more humane treatment of asylees at the Southern border. Because they sure won’t get support from Amy Coney Barrett.

The left fears Barrett because she is pro-life, moral, a woman of faith, and a constitutional originalist in the mold of Scalia, Alito, and Thomas. She was, in fact, Scalia’s favorite law clerk.

Houle wasn’t alone in his despicable attacks on Barrett. John Lee Brougher, the managing director of NextGen America, which is a top leftist PAC funded by billionaire Tom Steyer, also raised questions about Barrett’s adoption of children from Haiti.

As an adoptee, I need to know more about the circumstances of how Amy Coney Barrett came to adopt her children, and the treatment of them since.

Transracial adoption is fraught with trauma and potential for harm, and everything I see here is deeply concerning. https://t.co/1o1ZHrOF4C

Both Houle and Brougher would later hide their Twitter profiles from the public making their accounts private. Considering how bad they look, I am not surprised.

This is the Mom they are trying to destroy. Don’t let them, America. https://t.co/lo90qhtjRz

This is just the beginning of the attacks on Barrett but they have nowhere to go. Get ready for a conservative-leaning Supreme Court. It’s about time.