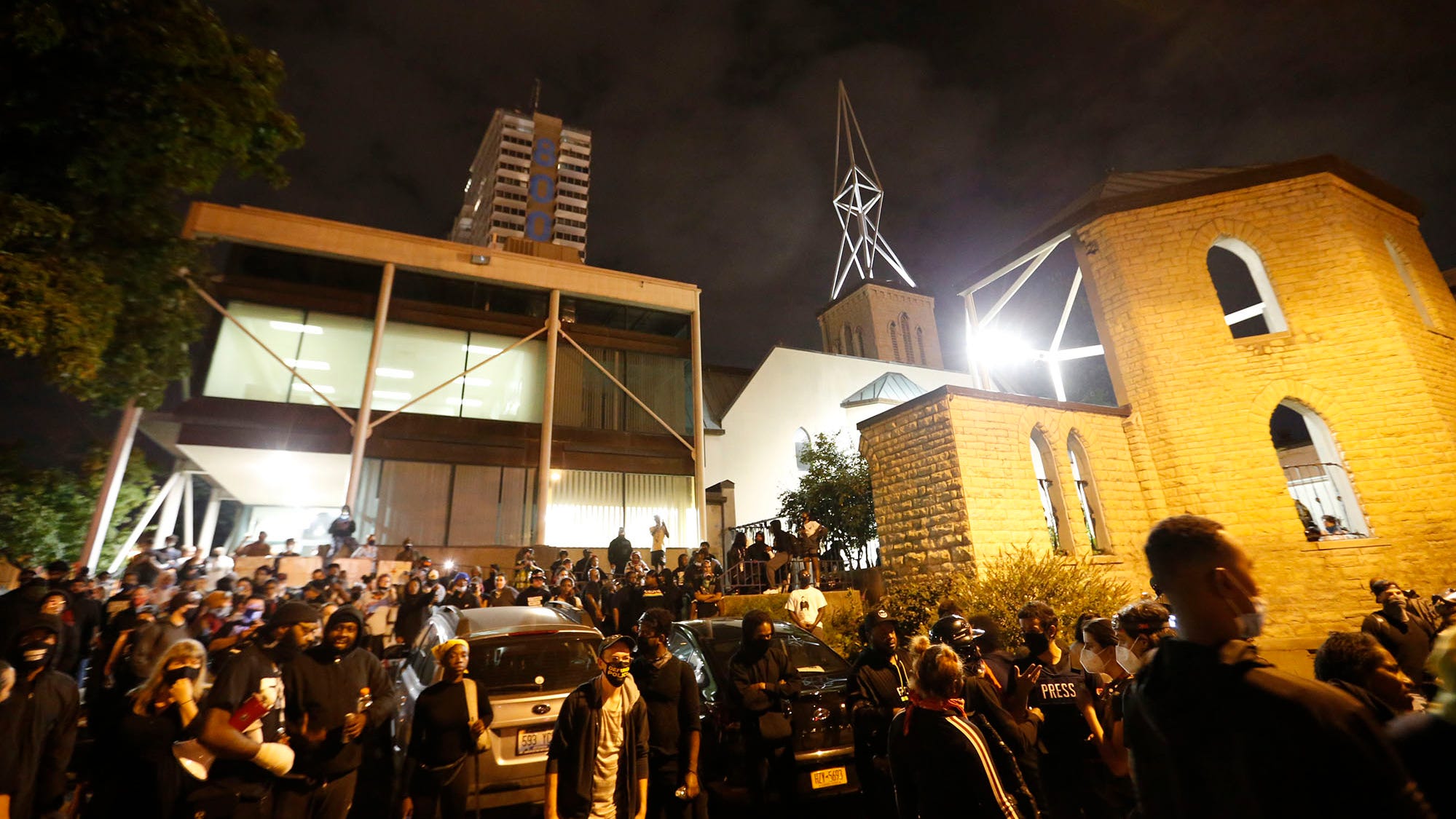 When people don’t heed to the logic of the law, chaos consumes.

Since Obama’s administration the line between right and wrong, good and bad, have been blurred. Just as the line between politicians and radical activists has been, and its getting ridiculous now.

Protests that erupted immediately after Wednesday’s decision continued Thursday evening, and police arrested a number of protestors, including Democratic state Rep. Attica Scott. The lawmaker was charged with first-degree rioting, failure to disperse and unlawful assembly, the Courier Journal reported.

Scoot is not just your basic lawmaker, she is the actual lawmaker who wrote and introduced “Breonna’s Law,” which is a statewide proposal to abolish the “no-knock” search warrants, which a controversial part of Breonna’s case.

This file will be updated throughout the night with protest developments: https://t.co/ykggh3aVbe

Scott was released on Friday morning and will be set for arraignment on Oct 6 if the charges are still standing by then. After her release, Scott downplayed the felony rioting charges against her, telling reporters the charges are “ridiculous” an “absurd”.

“The main library is in my District 41 — what I have done nothing but fight for in Frankfort and try to get funding for — and you’re going to accuse me of trying to set fire to it?” she asked. “That’s ridiculous. It’s absurd.”

Triggered Democrats are now claiming that Scott was the target of police all along and saw their moment when she was trying to cross the street to a Unitarian church giving sanctuary to protesters.

If you arrest the loudest voices fighting racial injustice in Louisville, we have to believe you want to silence the fight against racial injustice. Let @atticascott4ky and @Seasoned4u out and get out of their way.

The head of AFSCME Local 3425, had this to say on a social media post early Friday morning regarding the incident.

“We have heard that State Representative Attica Scott and other peaceful protestors have been accused by LMPD of vandalism of the Main Library, among other charges,” President Ashley Nichole Sims and Vice President Val Pfister said in a statement.

“Representative Scott has consistently been a vocal supporter of libraries and library workers and has been an ally specifically to our union through many battles,” the union leaders continued. “We have seen no proof that the flare thrown into the library has done any major damage, nor that Representative Scott had anything to do with it, and find these accusations inconsistent with her character and the constant support we have received from her.”

Regardless of what type warrant they had there was knocks and an announcement verified by neighbors. Yet, these violent protesters are acting on false assumptions despite knowing the facts.

They wear their lawlessness like a badge of honor. Other then serious, immediate consequences, there’s very little that can be done to stem that bizarre attitude.