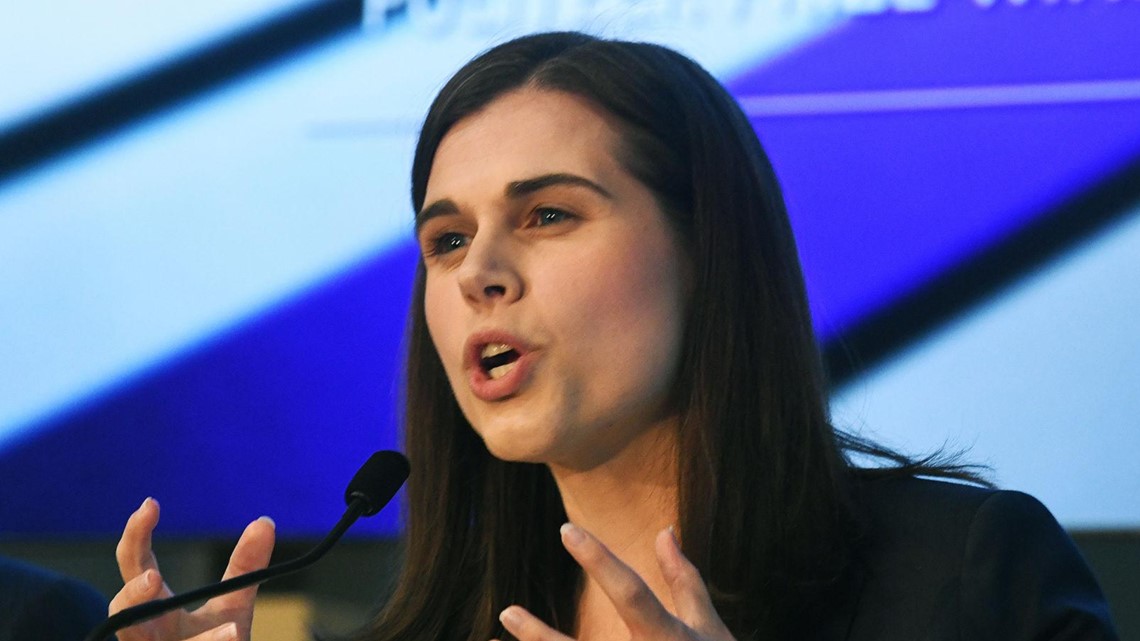 Colorado’s Secretary of State, Jena Griswold mailed out a postcard to non-citizens and the dead telling them they should get registered to vote so they will be ready to cast their ballots in November. SOS Jena Griswold is also…a Democrat.

She sent a mailer to multiple people who are not elegible to vote, in a swing state that also happens to have a U.S. Senate seat on the ballot this year. Colorado could be pivotal in the presidential race.

Karen Anderson of Colorado reported that she received one addressed to her mother.

“Which sounds really nice except my mother has been dead four years and she hasn’t lived, voted, owned property, worked, or done anything other than visit Colorado since 1967,” Anderson told the news station.

CBS4 found a dozen other examples, including “a deceased woman in Las Animas County, six migrant workers in Otero County, a Canadian in Douglas County, a man from Lebanon in Jefferson County, and a British citizen in Arapahoe County.”

The state defended sending the mailers to people who are not eligible to vote, according to federal law.

“Yes, it’s true that occasionally it will go to a person that it shouldn’t go to, someone who’s already registered or somebody that’s below the age of 18, but the vast, vast majority go to the people who are eligible and then many of them follow-up and become registered voters and they get their ballot in the mail and can vote in our election,” Judd Choate, director the secretary of state’s elections division, told CBS4.

There were 750,000 sent out by the state in an effort that they could et 10% of those recipents registerd to vote.

“He [Choate] says he’ll take the chance that a few will get the postcard who shouldn’t, if it means increasing voter participation by 75,000 people,” CBS4 reported.

Griswold is a progressive secretary of state with many similarities to Michigan’s Jocelyn Benson who along with Griswold spoke at the 2020 Netroots Nation conference on “protecting the vote.”

“Our constitutional rights do not stop during a crisis,” Griswold said at that event, the Gazette reported, arguing the coronavirus pandemic should be used to advance progressive objectives to decrease voting safeguards.

Griswold attacked Trump in August after he questioned vote-by-mail elections, her response was a clear window into her deep rooted hypocrisy.

“The president has shown a degree of disrespect to this country that is just un-American,” Griswold declared, according to the New York Times. “There is something that we should all be able to agree on and that is well-functioning elections.”

It’s not all bad news though. Colorado is dealing with failing leadership but in Texas they are really cracking down on potential voter fraud set-ups.

Texas isn’t fooling around when it comes to voter fraud thanks to the state’s conservative leadership. Texas law enforcement officials arrested four individuals this week for their alleged involvement in an illegal ballot harvesting scheme in the state’s 2018 Democrat primary election. Those arrested are now facing 134 felony voter fraud charges — among them is the Democrat who allegedly won his primary race. He’ll serve until he’s convicted evidently.