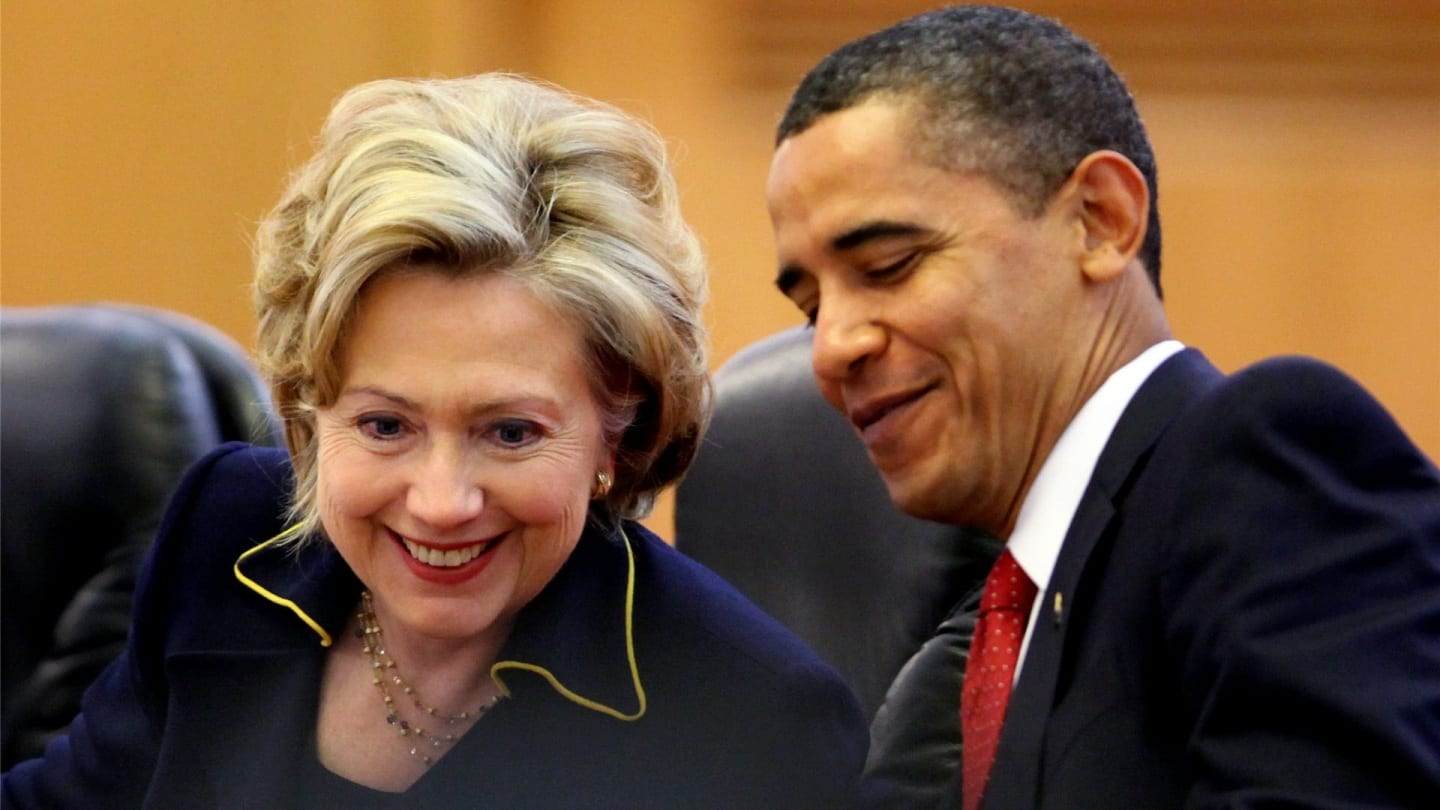 After midnight on Friday, President Donald Trump made the announcement that he and First Lady Melania have in fact tested positive for COVID-19. To the surprise of no one while many Americans were sending their prayers and well wishes, nast Democrats were letting their vile true colors paint their social media accounts with red. They could not contain themselves and the (wicked) joy the President’s announcement brought them.

Despite eveyrone knowing it was coming, the level of horror their responses are coming with is imaginable. Even countless VERIFIED accounts started wishing death up the President and pain and suffering on his way to it. Will they have their accounts blocked for it though? Blue checked twitte accounts don’t have the freedom to speak hate speech…but, nothign has been done. First Lady Melania Trump was not left untouched by their wicked blows either.

There have been no shortage of nastiness from the left.

Zara Rahim, a former staffer of the Clintons and Obama really set off the tune for Democrats with her disgusting post. 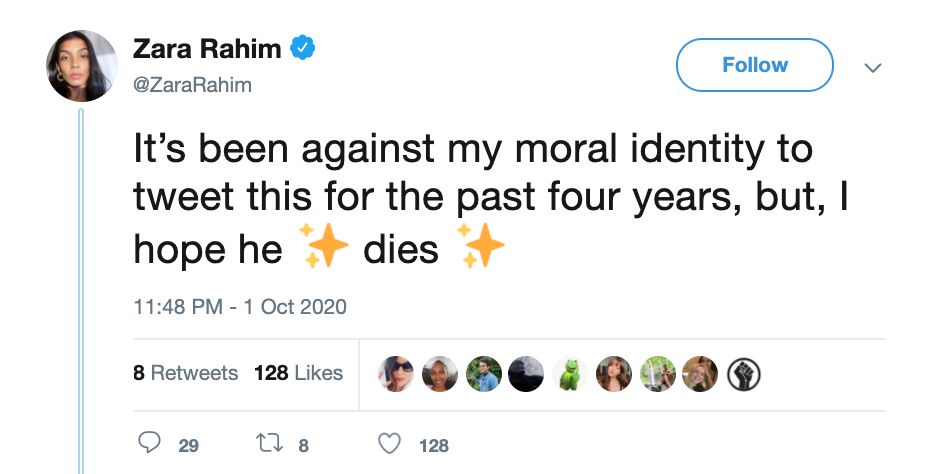 She has since blocked her account which is something blue-checks are not suppose to do. They are a public figure, and cannot block their own account. So again, will Twitter suspend her for the “I hope he dies”???

Lol I feel you but be careful. His followers are crazy

The responses ranged from cold and callous, to outright full of wicked hopes for our President.

Tonight, @FLOTUS and I tested positive for COVID-19. We will begin our quarantine and recovery process immediately. We will get through this TOGETHER!

Well – I think a lot of people will find it funny that Donald Trump has coronavirus, Covid-19 and might die but am I one of them? Yes.

I hope Trump’s diagnosis wakes his supporters up to the reality of the pandemic and also that it makes him suffer and die.

At this juncture, happily, The First Lady has noted that both she and her husband are feeling good.

Trump and the First Lady were both tested after sharing a flight with White House Advisor Hope Hicks. Earlier, Trump had noted on his Twitter account that both he and the first lady were in quarantine after being in contact with Hicks.

Hope Hicks, who has been working so hard without even taking a small break, has just tested positive for Covid 19. Terrible! The First Lady and I are waiting for our test results. In the meantime, we will begin our quarantine process!

The President had this to say about Hicks:

“She’s a hard worker, a lot of masks,” “She wears masks a lot, but she tested positive.” Hicks was also aboard Air Force One with the President Tuesday for the first presidential debate.