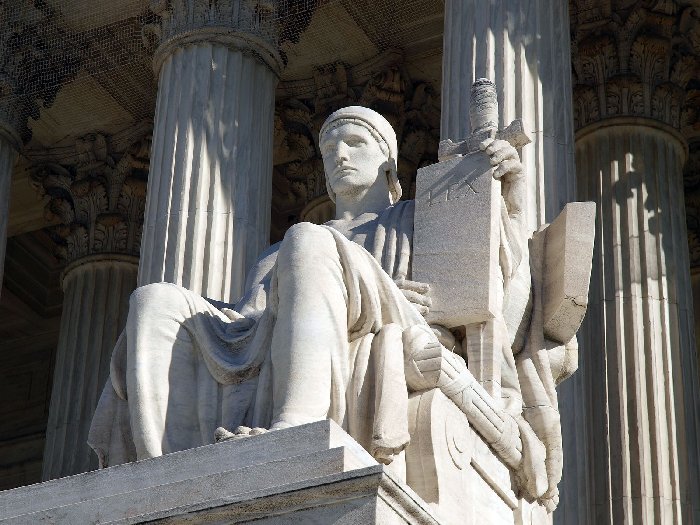 Schumer is saying it would be “irresponsible and dangerous” to move forward with a Senate Judiciary Committee hearing for President Trump’s Supreme Court nominee on Oct. 12 after two Republican senators on the panel confirmed they have tested positive for the coronavirus. Horse puckey.

“We now have two members of the Senate Judiciary Committee who have tested positive for COVID, and there may be more,” Schumer tweeted. “I wish my colleagues well. It is irresponsible and dangerous to move forward with a hearing, and there is absolutely no good reason to do so.”

We now have two members of the Senate Judiciary Committee who have tested positive for COVID, and there may be more. I wish my colleagues well.

It is irresponsible and dangerous to move forward with a hearing, and there is absolutely no good reason to do so.

This is a ludicrous excuse and a delay tactic as Mike Davis reported. There have been six nomination hearings since May of this year — during the coronavirus. There is no reason this confirmation should not proceed as planned.

Since 5/1/2020, @senjudiciary has proven that it can safely hold hearings, following all COVID guidelines:

Following Justice Ruth Bader Ginsburg’s death on Sept. 18th, Trump nominated Barrett to succeed Ginsburg. I had hoped they would skip the hearings entirely since it was up to Mitch McConnell but he is going ahead with them. And they will be held far too close to the presidential election so she may be confirmed after the election. That is a mistake and potentially a fatal one for this nation.

Senate Majority Leader Mitch McConnell stated that Barrett will get a confirmation vote in the Senate, as Republicans push to get her confirmed to the nation’s highest court before the Nov. 3rd presidential election. Restoring the court to nine justices could prove important if the election results in a dispute that the court would need to settle. In other words, everything revolves around Barrett’s confirmation.

Sen. Lindsey Graham who is the chairman of the Senate Judiciary Committee, after hearing Tillis and Lee had tested positive, said he intends to go forward with Barrett’s hearing as planned and senators will be allowed to join virtually if necessary. Good for Graham.

“After being informed of [Lee’s] positive test, and out of an abundance of caution, I was tested for COVID-19 in South Carolina. I was informed I was negative,” Graham tweeted. “I feel fine and look forward to the hearing for Judge Amy Coney Barrett on Oct. 12.”

And here comes Dianne Feinstein screeching alongside Schumer over all this. “It is premature for Chairman Graham to commit to a hearing schedule when we do not know the full extent of potential exposure stemming from the president’s infection and before the White House puts in place a contact tracing plan to prevent further spread of the disease,” Schumer and Senate Judiciary Committee Ranking Member Diane Feinstein wrote in a joint statement emailed to Newsweek. That’s not true and it’s not her call.

The Democrats said the recent infections make it “even more clear that health and safety must guide the schedule for all Senate activities, including hearings.” When you have Zoom and other ways to hold virtual hearings that makes no sense at all and you can bet they would be saying the exact opposite if the shoe were on the other foot here. We must ignore the likes of Chuck Schumer and Dianne Feinstein – confirm Barrett and do it fast or the election will be stolen and our Republic will be no more.