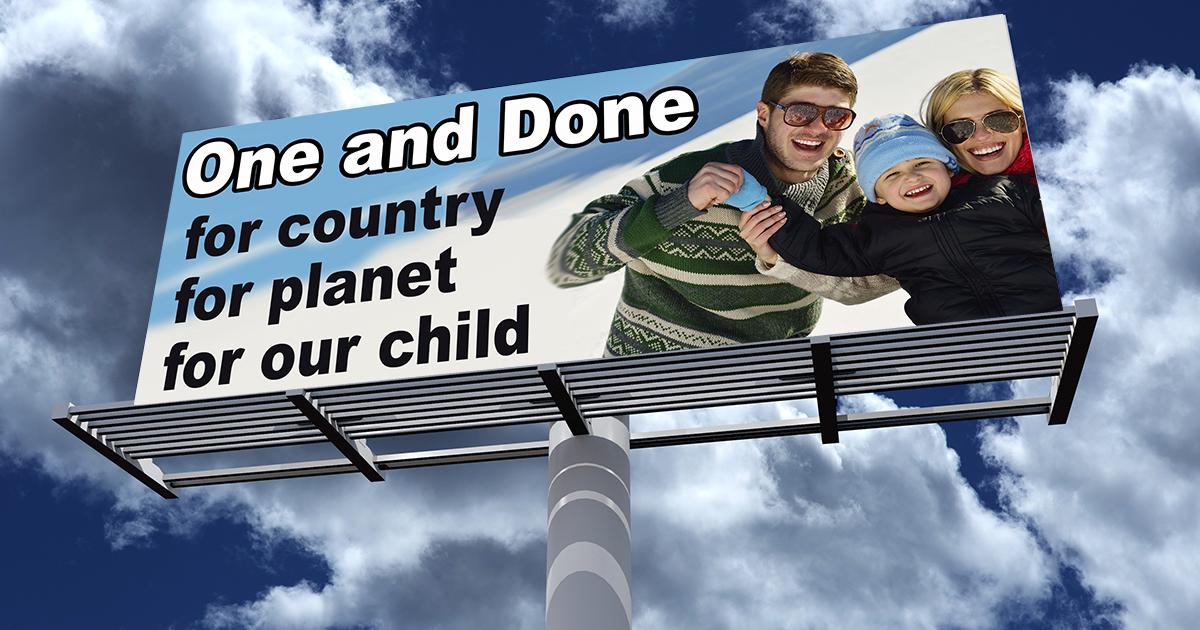 Well, I think we may have heard it all now. Just when you thought things couldn’t get anymore WRONG in this world, these ads pop up in Vancouver and are starting to spread in cities across America as well.

These signs are already in multiple places across Vancouver city as a part of a campaign called One Planet, One Child by a U.S. group World Population Balance. Their mission is to enourage single-child families or families with no children to stop or never have children.

Controversial billboards and transit ads are up around #Vancouver, encouraging child-free and single-child families. Find out more about the group behind the ads and how people are reacting on @CityNewsVAN at 6. @NEWS1130 @BT_Vancouver pic.twitter.com/BCRihXRXix

They are seeking a new “norm” and trying to trend “small families”. Their add campaign is focused on raising awareness to overpopulation and the affect it has on climate change. On their site they explain why they chose to put their ads up in Vancoucer in particular at such a fast rate.

“Human overpopulation is present in Vancouver just as it is in most parts of the world. Everyone around the world needs to be aware of this crisis, because we all have a role to play in resolving it,” the website states.

In an interview with Freshdaily, executive director Dave Gardner added that they are running the ads to start a conversation about overpopulation.

“People have avoided the subject of overpopulation for so long and there really isn’t widespread knowledge that we have a human overpopulation crisis,” he said.

“We’re confident that if people know the facts they’ll be a lot more comfortable talking about it and addressing it. We really can solve that part of the sustainability problem that doesn’t have to take hundreds of years and the solution is ethical.”

The ads have ignited a lot of controversy. Here are some voices talking about it on Twitter.

“I chose not to have kids, but this advertising campaign is bordering on a human rights issue, no? Seems kind of messed up,” someone wrote.

“As a single child, I can tell you that is the worst gift you can give a child. Have none or have 2. 1 is no fun,” another Twitter user added.

Gardner admitted that he knew the critisim was going to come, but that he is firm on his standing and wants people to address the issue of overpopulation.

“In some respects, that’s valuable because it really does get people talking about it and if we can have a conversation, hopefully, we can allay any misconceptions.”

Have they completely missed the racial discrimination that many people are appalled by?

Using a picture of a black child and saying “the best gift you can give your first child is not having another”??

What are your thoughts on this?