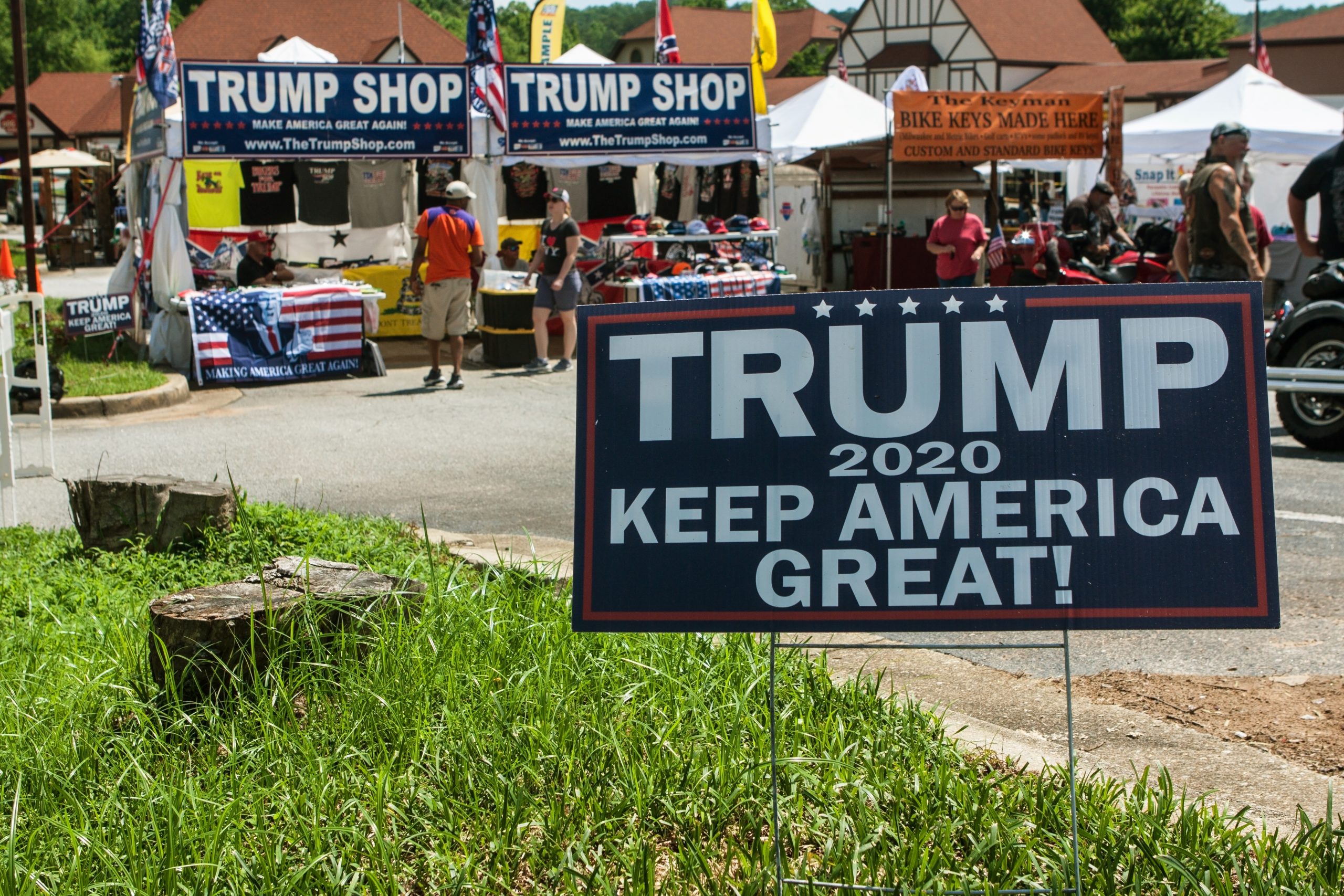 Thirty-three year old man, Alvin Gary Shaw from California has been arrested for allegedly attacking several people including an 84-yr old woman in attendance at a MAGA rally. He confronted a group of people at the rally that was held in Aliso Viejo around 6:30pm.

Allegedly Shaw blew cigar smoke into the faces of some of the attendees’ faces and then took his cigar and proceeded to burn another person’s Trump sign. From there things only esculated, when he punched two people and knocked a third person to the ground.

The rally was a smaller one, with 20 to 30 people gathered to support Trump. They were wearing their ‘Make America Great Again’ hats and were proudly carrying their ‘Trump-Pence’ signs and ‘Trump-Keep America Great 2020’.

It was a peaceful gathering of Trump supporters, videos show the supporters cheering as cars drove by, laughing and having a good time. This was until Shaw approached them. Cynthia Cantrelle-Westman reported to authorities when she first saw Shaw approaching, she had assumed he was coming to join them in the rally.

‘Instead, he was pretty upset and he started using profanity from the minute he arrived,’ she said.

‘He kept coming over to me and getting in my face, and all I could say was the F-word.’

The altercation between Shaw and rally attendees took a turn for the worst when Shaw start swinging at three people ages 55,74, and previously mentioned 84-yr old Donna Snow.

‘He took his hand way back like he was going to punch me, and [he] hit me right across the face,’ Snow, told CBS Los Angeles.

‘Broke my earrings off.’

One of the victims had to be treated at the local hospital for a neck injury. At the time of the assault Shaw pulled out a small pocket knife. This is when a retired police officer arrived on scene and Shaw found himself at gun point. He tried to run, but was wrestled down to the ground before he could cause anymore trouble.

He has been arrested on several charges including, elder abuse, assault with a deadly weapon, and assault and bettery.

‘This could have been a very serious incident,’ Sgt Dennis Breckner told CBS Los Angeles.

‘In this case, this was just two groups that disagree, and while we support people and their using their First Amendment rights to put out their message, we prefer that that remain peaceful.’

Cynthia Cantrell-Westman in a facebook post shared that she wanted to speak out openly of the incident that started out beautiful but quickly took a turn for the worst because of one individual.

‘Fear and faith cannot live in the same house.’ she wrote
‘We will go on with God at the helm in the face of adversity. Thank you Law Enforcement for keeping us safe. We know what you face each day and will pray for our enemies.’

Would you feel safe attending a MAGA rally? We want to hear from you, share your thoughts in the comment section below!