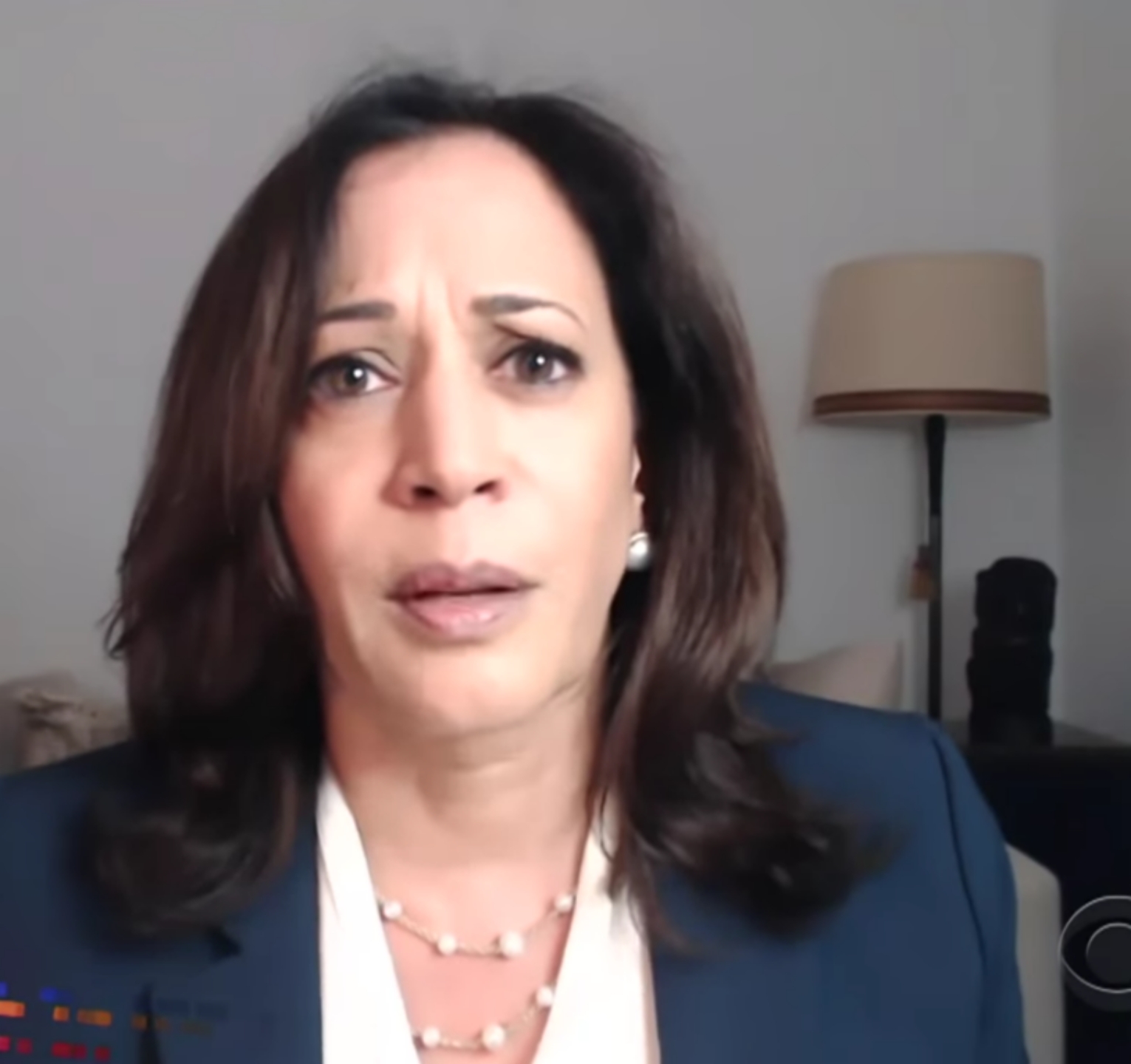 Biden’s VP pick Kamala Harris is a real piece of work. Arguably the most liberal politician in Congress, she put her sights on the presidency long ago. One problem… no one likes her. The woman enthusiastically supports violent riots, harassment of bystanders, and destruction of property carried out by the military arm of the Democrat Party via Antifa and BLM. She deems them ‘essential’.

At a virtual NAACP convention, Senator Harris praised and cooed over what she called BLM’s “brilliance.” She then went on to posit that so-called “justice” has never been achieved in America without “a fight.” What she is describing is a manufactured color revolution by the left and an attempted coup. Violence is part of the recipe to subjugate the masses so the elitist left can do what they want which is destroy our form of government and instill a Marxist one.

“I actually believe, as a former prosecutor, that Black Lives Matter has been the most significant agent for change within the criminal justice system because it has been a counterforce to the force within the system that is so grounded in status quo and in its own traditions, many of which have been harmful and have been discriminatory in the way that they’ve been enforced.” That’s Barack Obama’s intended ‘change’.

It’s hard to believe that a former prosecutor could believe that our criminal justice system has been “discriminatory” and is based on disparate impact… a baseless, unsubstantiated theory that attributes disparities/disproportions to discrimination and racism. None of it is true and is nothing more than a ruse to cover for revolution.

“I’ve been in marches since I was in a stroller. When I was at Howard University, I was protesting against apartheid. I mean, it’s nothing new for me. But, being there, at this point in terms of, honoring the life of George Floyd and Breonna and Ahmaud Arbery, and we can go down the list, sadly, a long list,” Harris said.

Americans are fed up with Black Lives Matter, Antifa, and rioting in the streets. The polls reflect it.

But that hardly matters to Harris. She’s all in with BLM extremists who are growing increasingly brazen in their harassment of innocent men, women, and even children. As one writer pointed out correctly, it is akin to the Red Guards of Mao Zedong. You see Antifa and BLM routinely demand fealty from innocent passersby and bystanders.

Louisville: #BLM protesters confront business owner guarding a building. They ask him a set of questions to determine if he supports Black Lives Matter. Video by @VenturaReport: pic.twitter.com/QCIBB17yTb

BLM-antifa in Portland took over the street outside the central police precinct after smashing up businesses. They’ve blocked the road for hours. They make the passenger of this car give the black power salute & chant, “Black Lives Matter.” #PortlandaRiots pic.twitter.com/YHljeAAnQ3

They’re attacking and trying to murder the police.

Black Lives Matter attack police in DC following the RNC.#BlackLifesMatters #ISIS ,#Antifa ,#KLA=#UÇK All the same.This is why @realDonaldTrump was right when he declared #Antifa a terrorist organization. All have the same boss.https://t.co/CjbRhqmYet pic.twitter.com/xfc2Oqh6Yw

Antifa and BLM are descending on people’s homes in the middle of the night.

Seattle BLM protesters march through residential neighborhoods and demand white people give up their homes.

“Give up your house. Give Black people back their homes.” “what are you going to do about it? Open up your wallets.”pic.twitter.com/btRzqos0IR

"Get out of our neighborhood! Pay the fee! Open your purse!" to residents of the neighborhood #Seattle pic.twitter.com/j1QKSh8NFg

They demand a show of support from people who are just trying to have dinner. Harassment for dessert.

Pittsburgh Pennsylvania, I’m sure this will win over the swing vote in this key battleground state @realDonaldTrump will win PA again. pic.twitter.com/QLczUu0Nz6

Protestors are now going restaurant by restaurant to chant at diners on Beach Dr. in St. Pete. A lot of diners yelled back, starting multiple confrontations.

This one was the most significant. Protestors took over a couple’s table. Not sure why they were targeted specifically. pic.twitter.com/dzLM7KuCW9

This is not ‘mostly peaceful’ protesting. It involves brutality, destruction, and murder. It bears a striking resemblance to the Brown Shirts during Hitler’s reign of terror. But it’s evidently what Harris and Biden support.