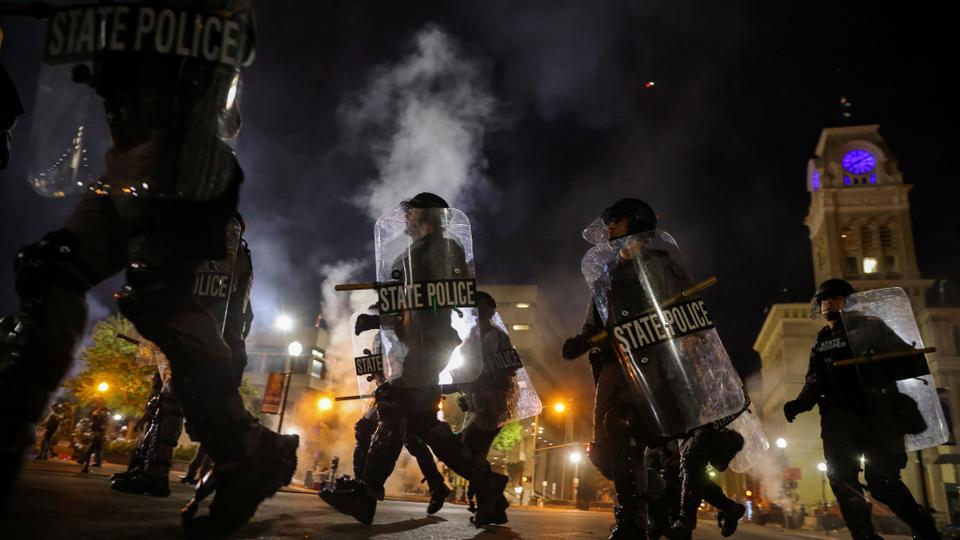 After a white Prius attempted to maneuver through the protest happening in Hollywood Thursday night, Black Lives Matter rioters jumped into a nearby car and chased it down. The Prius driver was not trying to hit any protesters and was only trying to get through the crowd as carefully as possible. The car full of Black Lives Matter protesters caused a car accident during the chase and proceeded to physically attack the white Prius driver.

Here is some of the footage that was caught of this incident:

WATCH: A person driving a white Prius was chased down and by protesters after trying to drive through the crowd in #Hollywood. The group that chased the driver began hitting the car and possibly broke a window. @RoadSageLA was overhead in #Sky9 as it happened. #CBSLA pic.twitter.com/OYFMOezUpx

“A person driving a white Prius was chased down and by protesters after trying to drive through the crowd in #Hollywood. The group that chased the driver began hitting the car and possibly broke a window,” CBS LA reporter Mike Rogers tweeted with the video.

The white Prius had drove several blocks from the violent protesting before the Black Lives Matter rioters could catch up and cut them off. When the driver tried to back out to get away from their attackers, they hit another car, the driver of that car appeared to know the rioters in the pursuing vehicle. It looked like a total ambush.

The BLM rioter in the first vehicle jumped out and immediately began physically assaulting the Prius driver right through his window. Eventually they were able to escape, but not before taking a beating.

The driver of the white Prius was detained.

MOMENTS AGO: Prius drives through a protest in Hollywood, protestors then chase the vehicle down, smash the windows with a skateboard while attempting to pull the driver out of the car. The driver then speeds away and is pulled over by LAPD and handcuffed. @NBCLA @elianamoreno pic.twitter.com/OZuU1r8QoG

“Prius drives through a protest in Hollywood, protestors then chase the vehicle down, smash the windows with a skateboard while attempting to pull the driver out of the car. The driver then speeds away and is pulled over by LAPD and handcuffed,” NBC LA reporter Kenny Holmes tweeted with a video.

It has already been reported by the LAPD that there were no injuries during this incident and that all drivers and victims have been identified.

The LAPD is are aware of an incident in Hollywood involving several vehicles and a large group of protestors. Here is the information we can verify at this time. pic.twitter.com/ttqpnziVo8

At this time the investigation is still in progress.

Sadly this kind of vilent behavior is happening across the county.

However, what Americans woke up to today in DC, looked nothing like the work of a movement.