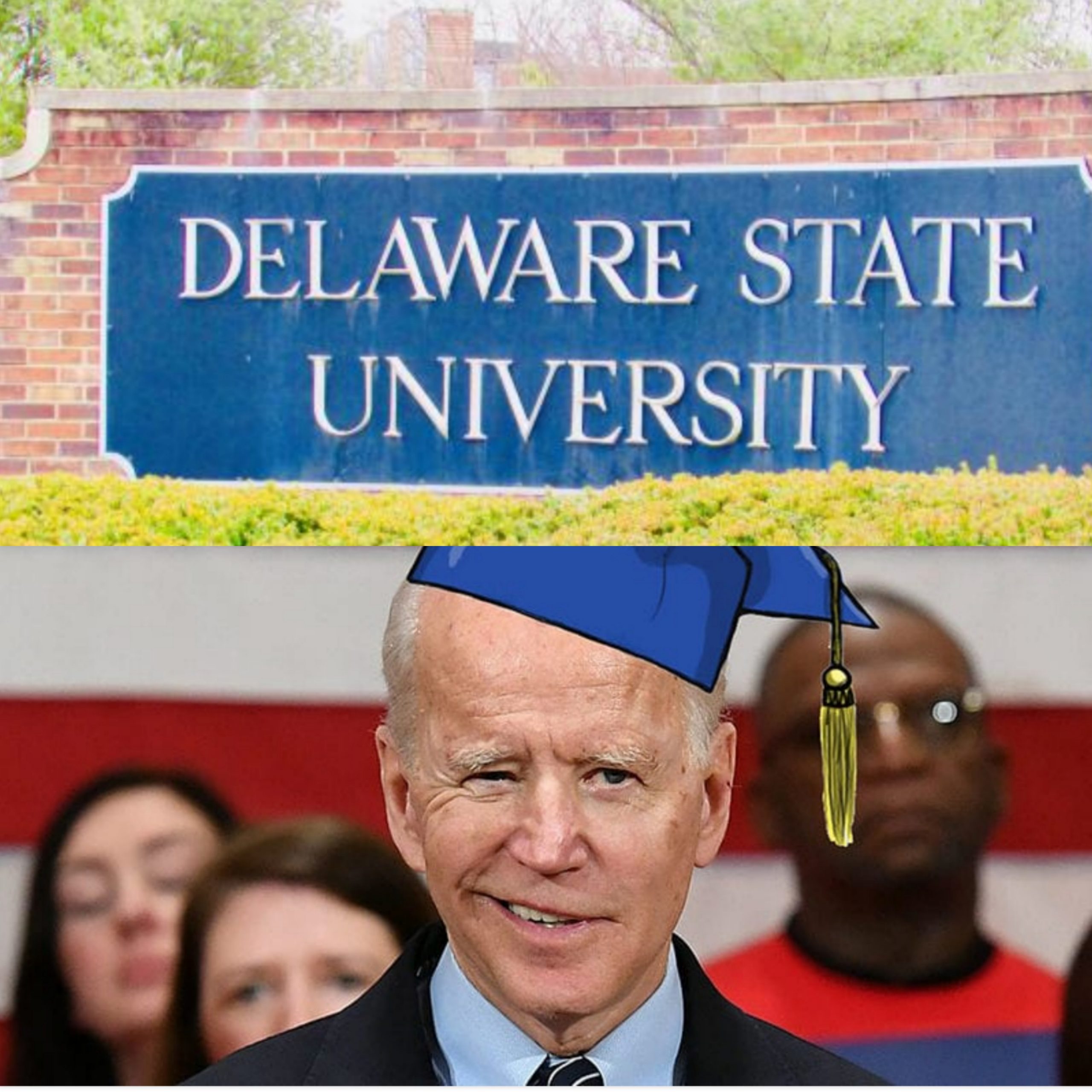 Folks, you couldn’t even make this one up. However… Biden could, and he did. Delaware State University has come out and completely denied that Joe Biden was ever a student there at their school. This comes after the presidential candidate’s claim that he “got started” at the historically black college.

Joe Biden who is 77-years-old made this claim wilst praising historically black universities during a town hall even that he was in attendance at last October. This event was right before the South Carolina Democratic primary.

“I got started out of a HBCU, Delaware State,” he told pupils at Wilson High School in Florence, which was founded in 1866 by the Freedmen’s Bureau for black children seeking an education.

“Now, I don’t want to hear anything negative about Delaware State. They’re my folks,” he told the pupils to chuckles.

However, the politician’s claim came back to haunt him when the university said he had only been a commencement speaker there decades after his start in politics.

“Vice President Biden did not attend DSU,” said Mr. Holmes in a Thursday email. “However he was the Commencement keynote speaker in 2003 and [2016], and during the former he was awarded an honorary doctoral degree.”

The truth though is this… he was only a commencement keynote speaker in 2003 and 2016- nothing near being the actual start of Joe Biden’s political career. In fact he was already a senator for Delaware starting by 1973.

Delaware State University was founded in 1891 and is known as the State College for Colored Students, but it is about 40 miles away from University of Delaware, which is where Biden graduated from in 1965. From there he went on to study at Syracuse University College of Law- this is where he failed a class after he was accused of plagiarism.

Since then his career has seen waves of accusations of misleading voters, and others, over his claim to where he gained his education.

Joe Biden’s 2007 memoir called “Promised to keep” talks of the years proceeding his years at Archmere Academy, which is a private Catholic school in Delaware to his time at the University of Delaware. There is no mention of Delaware State in the memoir.

Biden claims he “got started out of an HBCU, Delaware State” when he did not attend the universitypic.twitter.com/LnBOS1wQlT

Joe Biden has also been accused of exaggerating his involvement with civil-rights activism, including his assertions and the marches has claims to have participated in. During his first presidential run back in 1987, he declared that he “marched with tens of thousands”. A claim that is incorrect and largely discounted.

The 2010 biography “Joe Biden” by veteran political reporter Jules Witcover described him as someone who was sympathetic to the movement but “was taking no visible part in either the local racial unrest or the war protest.”

“It was not until his exposure to black contemporaries as a lifeguard, he said, that he finally began to understand, and then he saw his best engagement as a lawyer, not a marcher,” the book said.